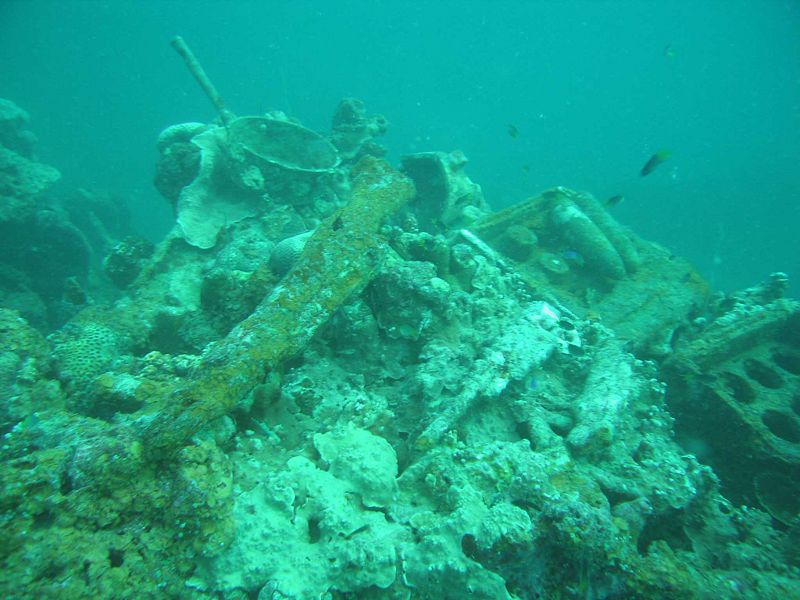 Japanese artefacts on the well known "Helmet Wreck" near Koror. The Japanese sub-chaser was sunk by an unknown American pilot during operation Desecrate One on either March 30th or 31st, 1944.

Note the encrusted Japanese rifle lying in the center of the image. A less visible machine gun may be seen in the lower right and shells and cartridges as well as pots and pans are visible in the background.