The main city of Vietnam, Hanoi, was founded back in the 5th century. The current name was given to the city in 1831 and originated from the Vietnamese words Hà ("river") and Nội ("inside"). This name well reflects the position of the city between the rivers Hồng Hà (the Red River) and Tô Lịch. 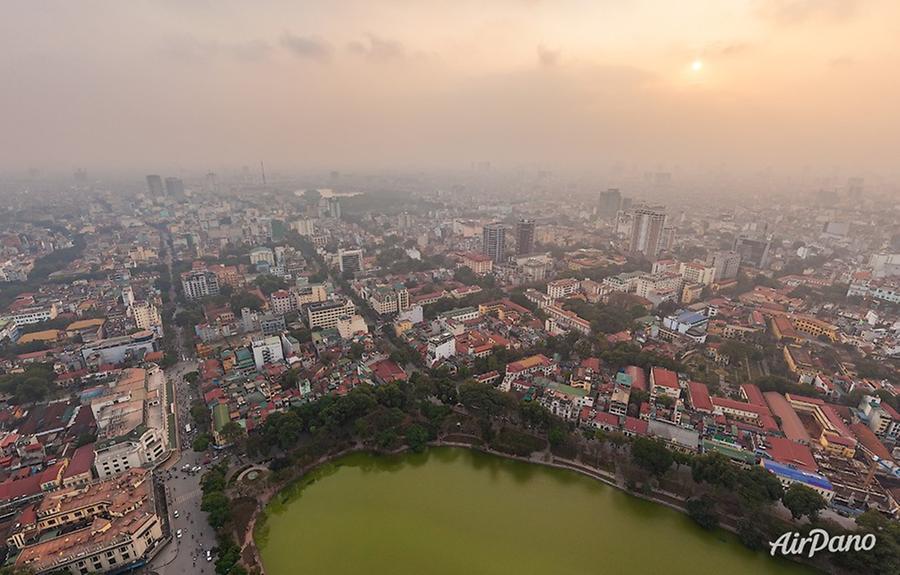 Among Hanoi's greatest landmarks, there is the Presidential Palace, the Imperial Citadel of Thang Long, the Ho Chi Minh Museum and many others. In addition to the rivers, Hanoi is proud of its lakes. The largest lake, Hồ Tây (West Lake), is located in the northwest centre of Hanoi. Its shore is occupied by temples and palaces. But the most interesting and mysterious lake of this area is Hoàn Kiếm or "Lake of the Returned Sword". 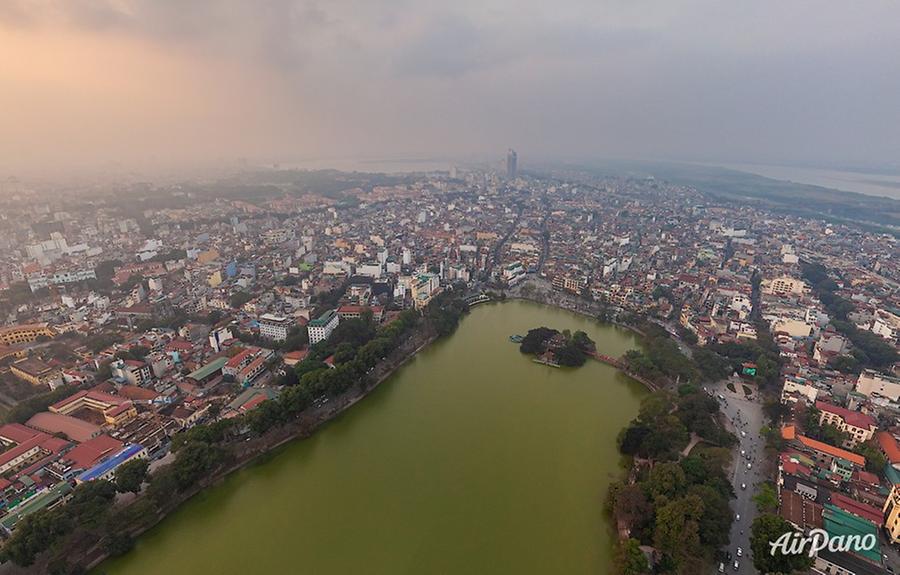 Previously, it was named Lục Thủy, meaning "Green Water Lake". According to the legend, in early 1428, Emperor Lê Lợi was boating on the lake and saw a Golden Turtle God. It surfaced and asked for his magic sword. Lợi concluded that Golden Turtle God had come to reclaim the sword Heaven's Will that its master, a local God, the Dragon King (Long Vuong) had given Lợi sometime earlier to defeat Ming China. Having successfully finished fighting the Chinese, the Emperor managed to bring the Lê dynasty back to life. He returned to the lake and gave the sword back to the turtle. The sword spun a semicircle over the lake, the turtle took it right in its mouth and went under the water, while Lê i named the lake in honour of this sword. 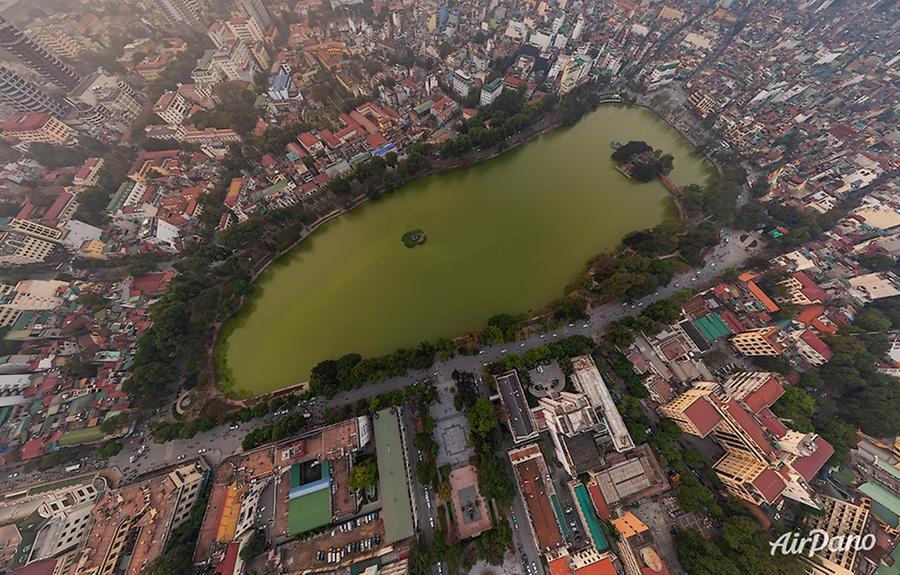 Turtles of the species Rafetus swinhoei had been sighted in the lake for centuries. It is also named Rafetus leloii in honour of the emperor. These turtles are identified by their soft shells and huge dimensions: they could be measured up to 2 meters long with a weight of around 200 kg. Unfortunately, last known turtle was found dead in 2016.

On a southern island of Hoàn Kiếm Lake, the Turtle Tower (Tháp Rùa) was built in 1886. The tower contains three mummies of Rafetuses that once inhabited the waters of Green Lake. 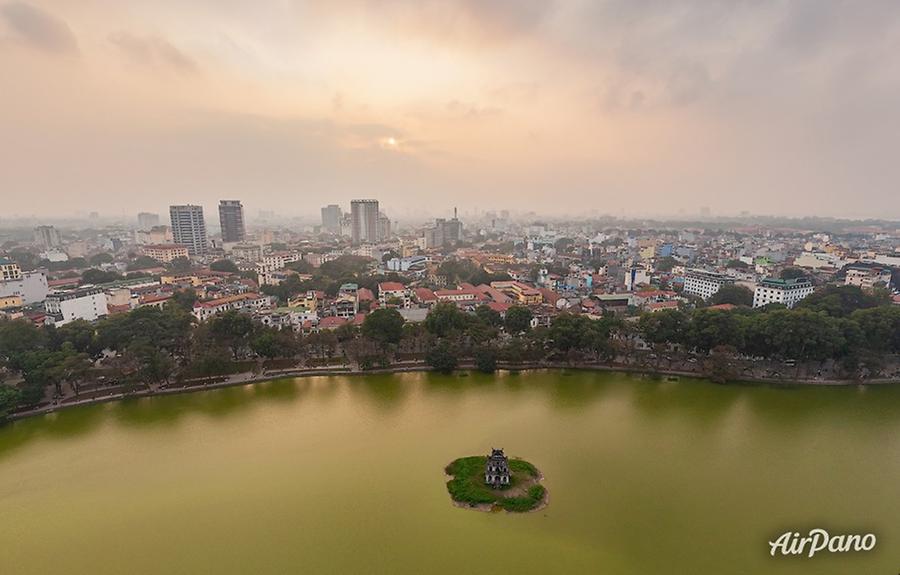 Tortoise Tower in the South of Hoàn Kiếm Lake
© AirPano

Just near the northern shore, there is the Temple of the Jade Mountain (Đền Ngọc Sơn) built in the 19th century on Jade Islet. The temple is dedicated to Trần Hưng Đạo, the national hero and the military leader who fought the Mongols thrice during their attacks on Vietnam. From the shore, the Welcoming Morning Sunlight Bridge (Cầu Thê Húc) leads to the islet. 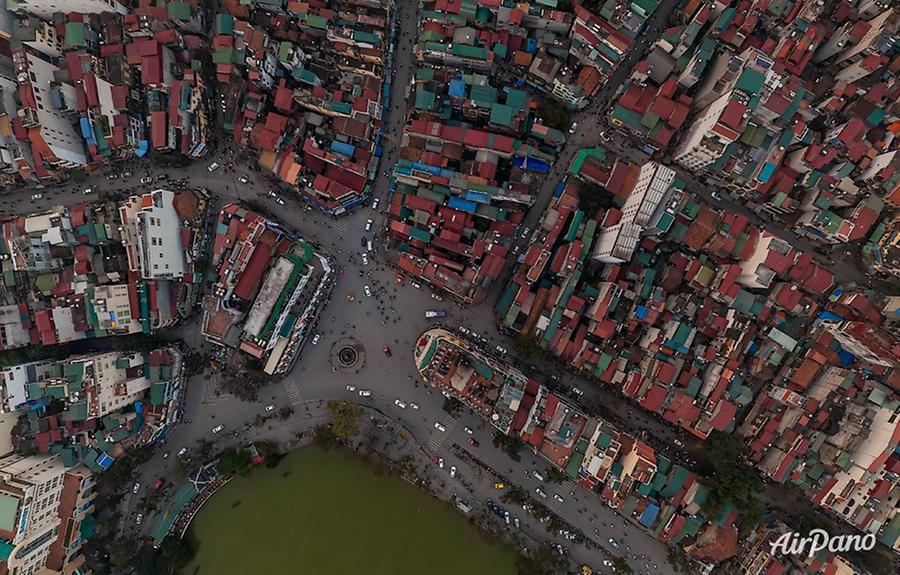 Hanoi from above
© AirPano

Hoàn Kiếm Lake is a genuine historical and cultural landmark of Vietnam. It is a picturesque scene by daylight, while the evening illumination enhances the charm of this place. Take a walk around and enjoy the legendary sites together with AirPano!