In the South of Vietnamn a new religion was founded on September 7, 1926. After Buddhism and Christianity, this is the third largest religious group in Vietnam with some 5 million believers. The religion was founded by Ngo Van Chieu who had a revelation by a deity named Cao Dai („high altar“) that lead to the founding of the religion.

Cao Dai is a syncretic religion combining various influences of East and West. It is characerized by high ethical-moral standards and has a clearly defined hierarchy akin to Christianity. With its grand temples and impressive rituals it is by far the most colourful religion in Asia. Cao Dai has as structure a base of ordinary adherents of the religion, and above them a hierarchy of priest, bishops and cardinals, up to a kind of "Pope".

The religion reveres Buddha, Guan Yin, Jesus, Moses and Mohammed. In addition to this, European personalities like Joan of Arc, Victor Hugo, and Gaius Julius Caesar can also be found in some rituals, rituals that even include the founder of the republic China Sun Yat Sen.

The main religious symbol is the "Eye of destiny". Cao Dai is typical for Vietnam: Except for a few groups of vietnamese immigrants in the USA it is not practized anywhere else in the world.

All fotos below are from Professor G. Jontes "Bilderflut" ("Flood of Picures"). 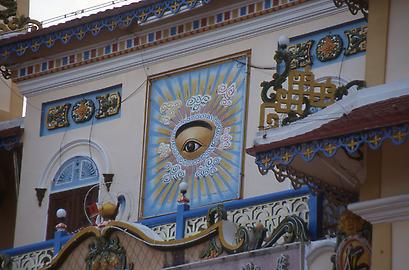 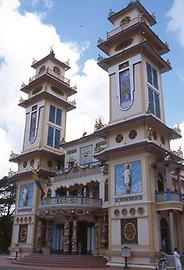 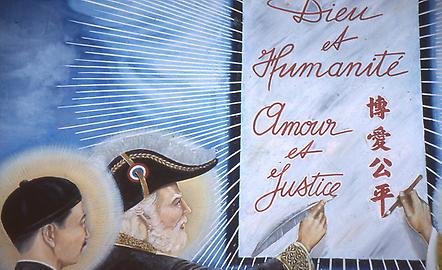 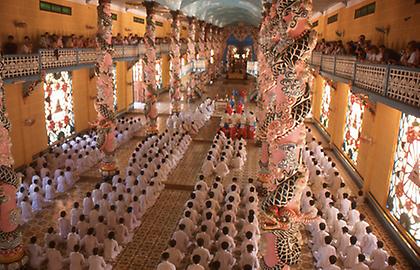 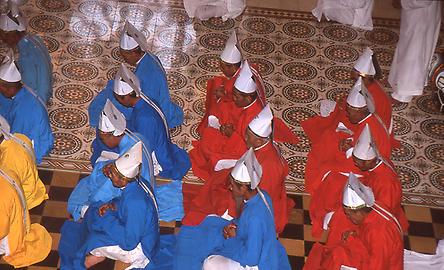 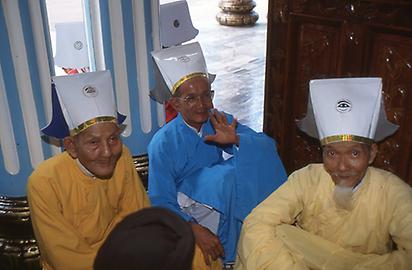