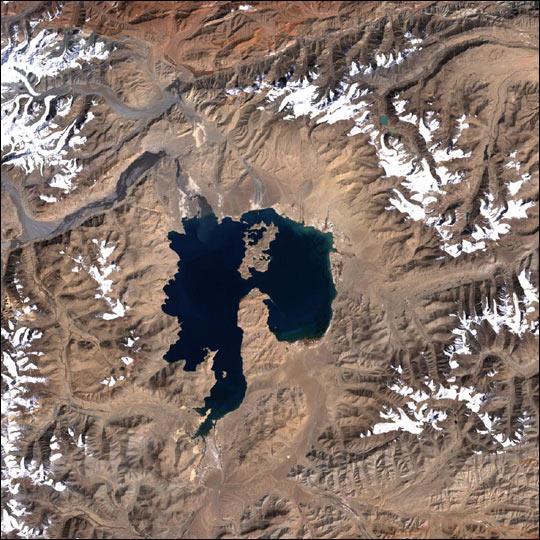 Photo courtesy of NASA., under PD
Near the center of this scene is the mountain lake Kara-Kul, located in eastern Tajikistan, high in the Pamir Mountain Range near the Afghan border. The 25-km (16-mi) diameter lake sits at an elevation of about 4,000 m (about 12,000 ft) above sea level.

Kara-Kul was formed from a meteorite impact approximately 25 million years ago, leaving a crater with a rim diameter of 45 km (28 mi). Islands formed from the central uplift can be seen in the northern and southern parts of the lake.

Interestingly, the Kara-Kul impact structure remained unidentified until it was discovered though studies of imagery taken from space.