The Cloud Ladies of Sigiriya# 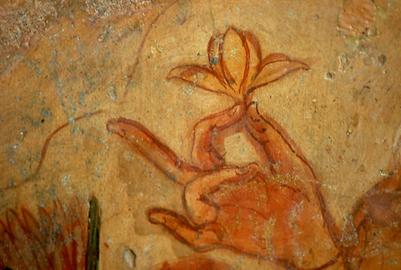 Fortification and picture gallery of early history of Sri Lanka#

All photos were taken by the author in 1975 and 1984 and are part of his archive "Pictureflood Jontes".

Near the city of Dambula Sri Lanka, Dambulla , roughly in the center of Sri Lanka (the former Ceylon) is a plain, covered by forests. What is remarkable is that there is a 200 m high monotlith of volcanic origin whose substantial plateau can only be reached by a difficult climb. On this plateau there are still remnants of palaces, monasteries and water cisterns. This is the rock of Sigiriya: the name means "Lionmountain".

The rock fortification goes back to king Kasyapa I. (472 bis 491 A.D.) of Anuradhapura Anuradhapura, Sri Lanka . He was responsible for the murder of his father Dhatusena to grab the throne. Afraid of his half-brother Mogallana, who by law would be the heir to the throne he erected a fortress on the Lion mountain and declared it as capital. When his half-brother finally suceeded to become the true emperor his first action was to move the capital back to Anuradhapura. The rock fortification was given up and its decay started. Up to the 14 th century there still was a Buddhist monastery as only inhabited complex of buildings. 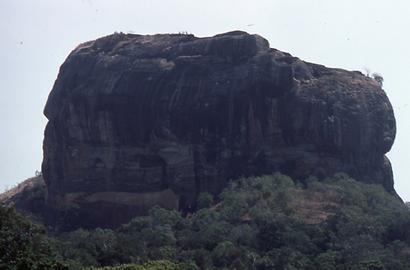 Sigiriya, the Lionmountain, under CC BY 4.0 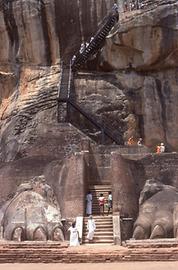 The original entry was through a gigantic head of a lion ,..., under CC BY 4.0 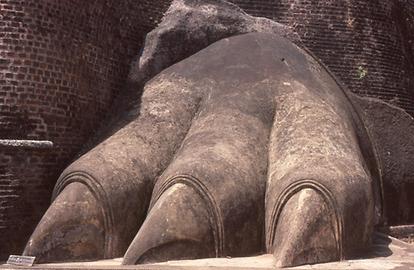 ...of which today only the paws remain., under CC BY 4.0
At about half up the rock there is a band of "murals" on the rock, a place reachable today only via a fairly treacherous construction of ladders. The pictures showed elegant and beautiful women, about 500 of them it is said. The today remaining 22 of them belong to UNESCO world heritage since 1980. 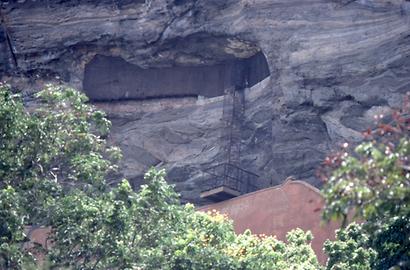 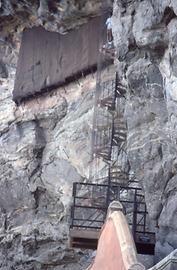 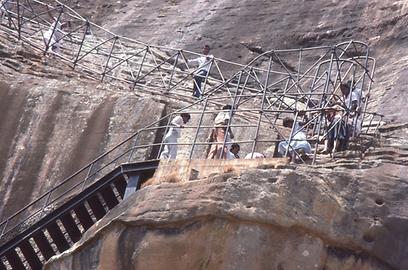 The bare-bosom ladies shown, often called cloud ladies, carry flowers in their hands. A light smile beautifies their faces. Probably the women shown were part of the royal court, on their way to bring gifts to some of the gods or to some of royals festivities. The artists are unknown. It is interesting to note, however, that the pictures in their style resemble very much the paintings in the cave temples of Ajanta Ajanta, India in the northern part of India. 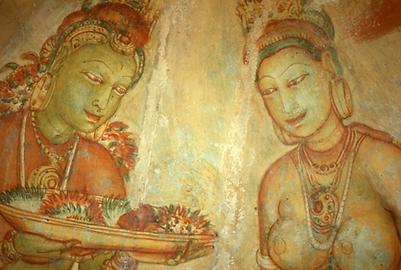 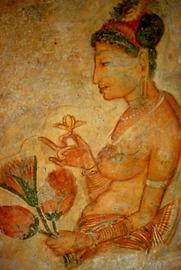 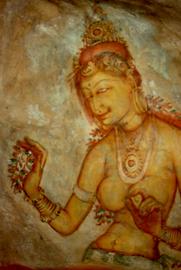 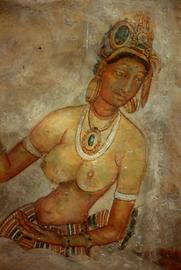 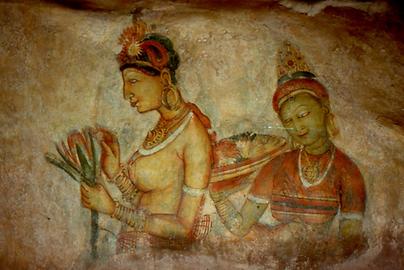 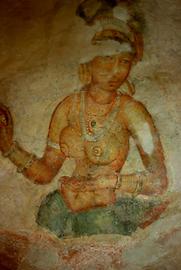 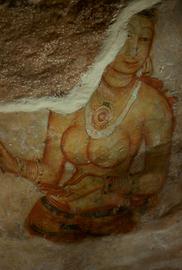 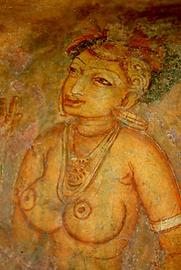 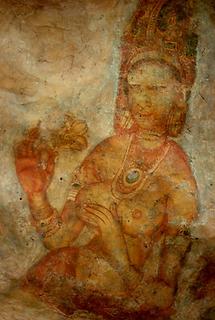 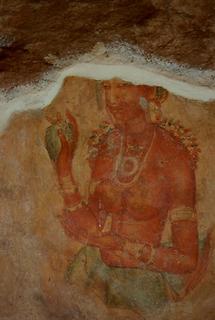 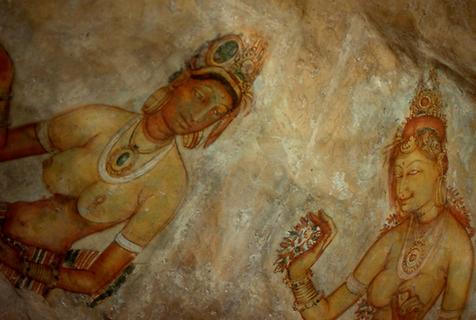 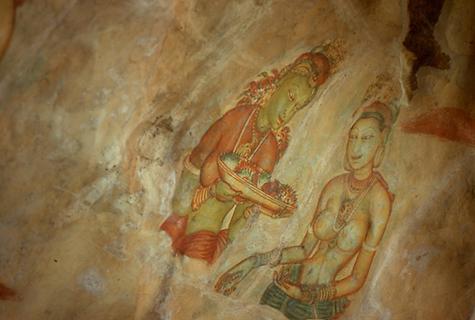 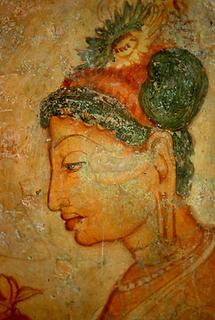 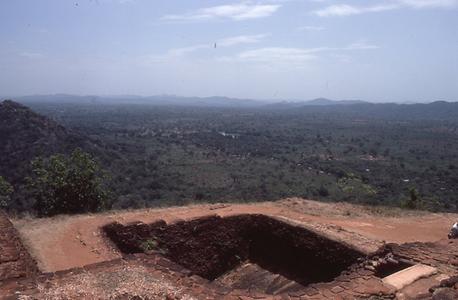 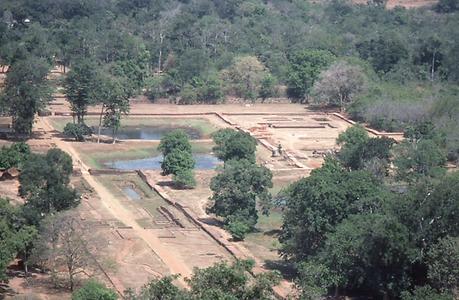 The view from the plateau down shows the remnants of the historic city, an early sample of city planning, under CC BY 4.0 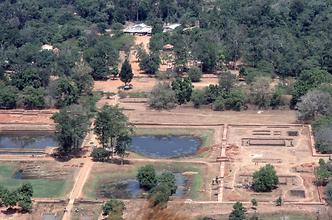 View from the plateau, under CC BY 4.0 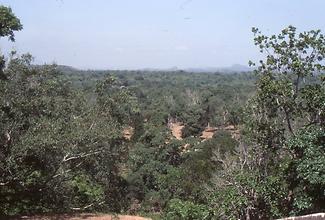 Forests at the bottom of the lionmountain, under CC BY 4.0 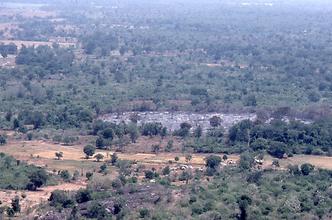 Even today some of the forests are still burnt to allow dry- rice growing, under CC BY 4.0
Zur deutschen Version