Photos by Stanislav Sedov, Natalia Sudets, members of the AirPano Team that is a member of the global-geography Consortium.

Where panthers and manulas live

The Saylyugemsky National Park is the quintessence of the Gorny Altai wild nature. Mountains and rivers, creeks and prairies, ice caps and valleys... Here you can find manuls and irbis, Alpine ibex and argali, and the growing edelweiss on the high-mountain meadows. 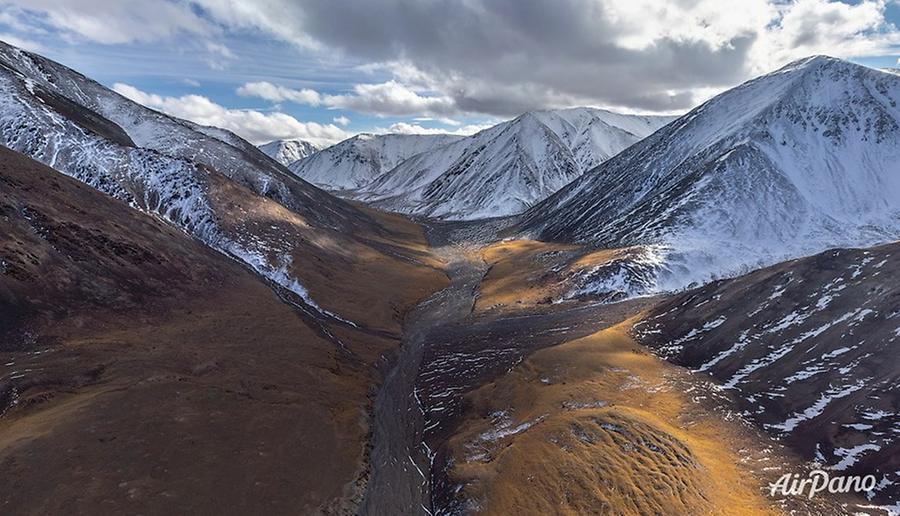 The Saylyugemsky National Park is situated on the borders of the Altai Republic (Russia) and Mongolia. It was created in 2010 to preserve the biggest group of snow leopards in the Altai-Sayano region and the trans-border group of the argali mountain ram (muflon).

The first attempts to create protected lands in the mountains of Central Altai were made in the beginning of the XX century by the traveler and explorer V.P.Semenov of the Tian Shang. The Altai and Katunsk reserves appeared in the last century, but the decision on opening the Saylyugemsky National Park was postponed for a long time. The proposals to preserve a part of the Argut river basin and the Saylyugem ridge in the Kosh-Agach region of the Altai Republic were given in the 1970's. But the authorities had to keep in mind the interests of the locals. The status of a conservation limits the attendance and usage of the territory, when a lot of people here have private territories and cattle that feed on these grounds.

Therefore, a national park was made — a territory with a less strict visiting rules. Unfortunately, several areas for preserving the snow leopard and argali were not included in the Park. Nevertheless, today this young national park can show you not only the beautiful wild nature, but also its inhabitants. 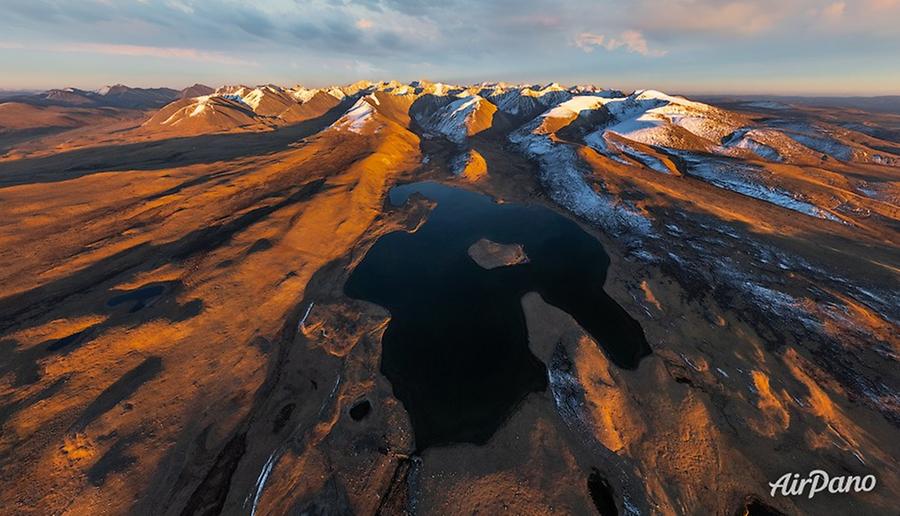 When visiting the National Park, you get a unique ability to observe wild animals in their natural life environment. The tourists can choose several types of tours that last up to ten days.

These tours take place at 2500-3000 meters above sea level. You can walk, ride a horse or take a car. Depending on the weather conditions, ATV buggies and snowmobiles can be used. You can even visit the top of the Saylyugem ridge that is 3444 meters high. There you will see panoramas of colorful mountains, high-altitude prairies, tundra, cliffs, different figures in stone made by the wind, creeks and river valleys.

The Saylyugem and Ulandryk clusters on the border with Mongolia is the place with the biggest population of the Altai mountain ram. This is the biggest subspecies of the argali that is in the Red List of Russia and IUCN. 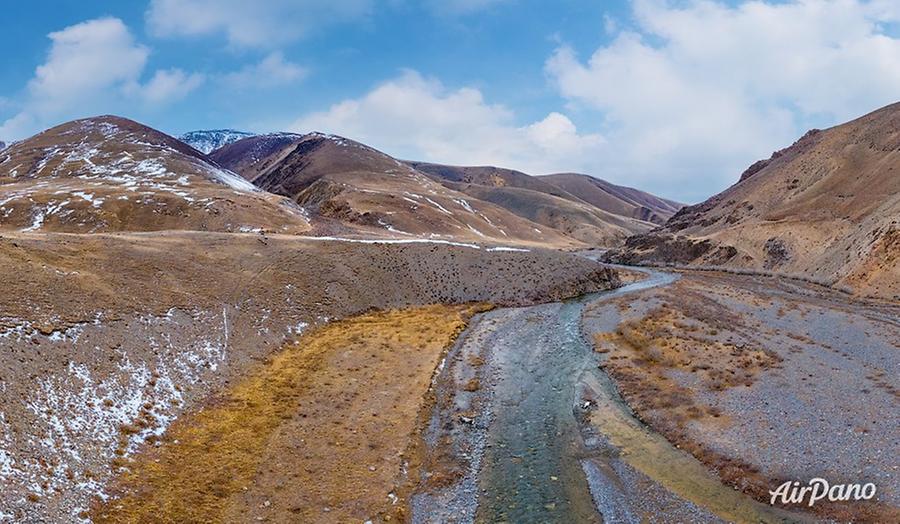 The route encounters season settlements of locals, Altaian and Kazaks, where you can get acquainted with their way of life, national cuisine and the traditional management of natural resources of nomads, which have been herding sheep, horses and yaks on these lands for several hundreds of years. 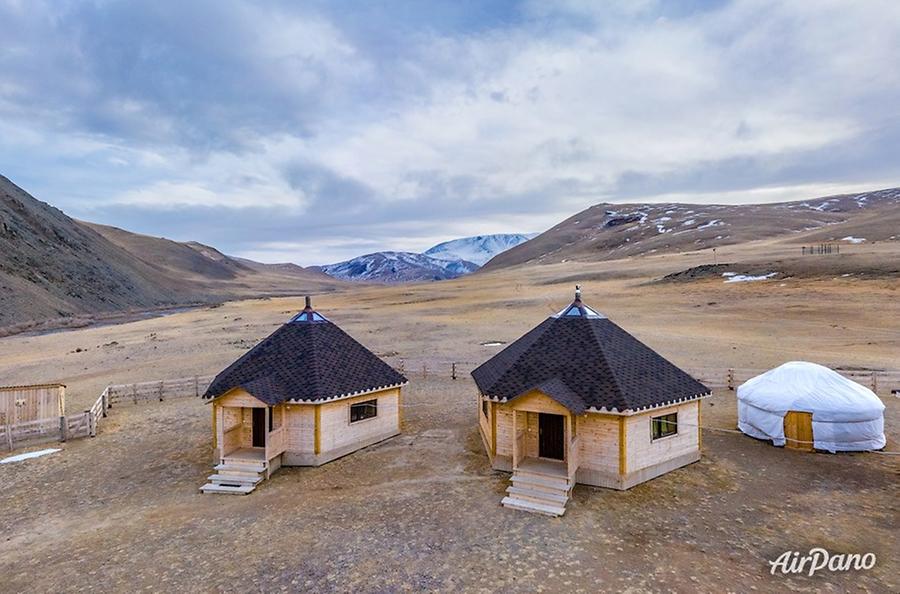 The National Park provides accommodations and transport, rental of tourist equipment. A proper hotel can be found in the Visit-center of the Park in the Kosh-Agach village (Saylyugem street 1). In order to visit the grounds, you will need a permit of the administration and an allowance from the FSB (Federal Security Service) for visiting the Clusters. All this can be given in the Visit-center.

The winter in Kosh-Agach is very cold: up to -50°?, and it is almost snowless. In spring it is cold and often windy. That is why you should bring warm clothes: these are the highlands, after all, where summer can be very cool. Comfortable waterproof hiking shoes will make your mountain trips easy. 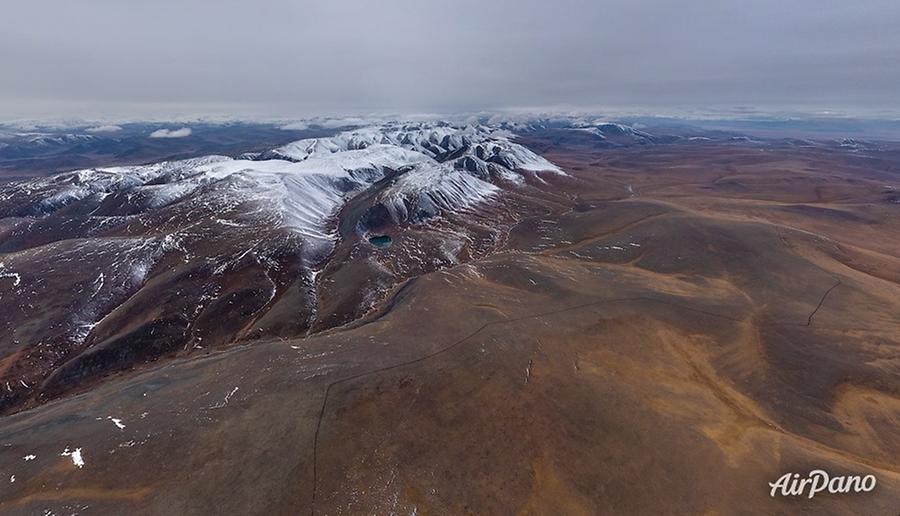 AirPano team would like to express gratitude to the Saylyugemsky National Park and personally Valentina Semchenko, Alexander Demchinov and Mirzhan Mandaev for help with organisation of shooting the Altai Mountains.