by Stas Sedov, Dmitry Chistoprudov and Dmitry Moiseenko, members of the AirPano Team that is a member of the global-geography Consortium.

Vladimir, the city included in the Golden Ring of Russia, has such a long history, that scientists still have doubts concerning the date of its foundation. But whenever the city was founded, its glorious history began with knyaz Vladimir Monomakh (1053-1125) who let Vladimir become the defensive center of Rostov-Suzdal Principality. The city owes its further prosperity to Andrey Bogolyubsky who transferred the capital of the principality to Vladimir in 1157. After the reign of his successor, powerful Vsevolod the Big Nest, the title of all Vladimir's knyazes became ‘the great'. 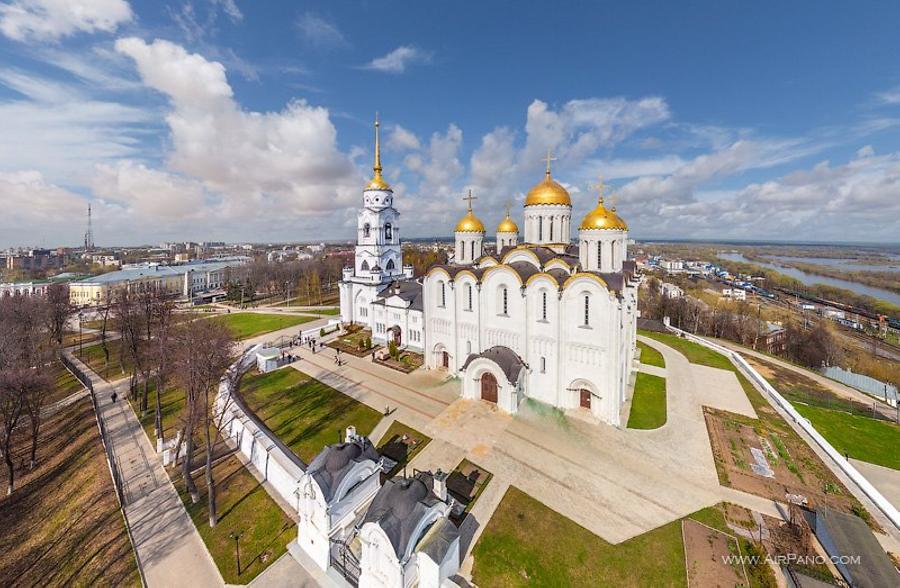 In the end of the 15th century, at the time of the growth of the Moscow State, Vladimir started losing its importance, though it always was a significant city. Nowadays Vladimir is the administrative center of the region and one of the biggest tourist center in the European part of Russia. 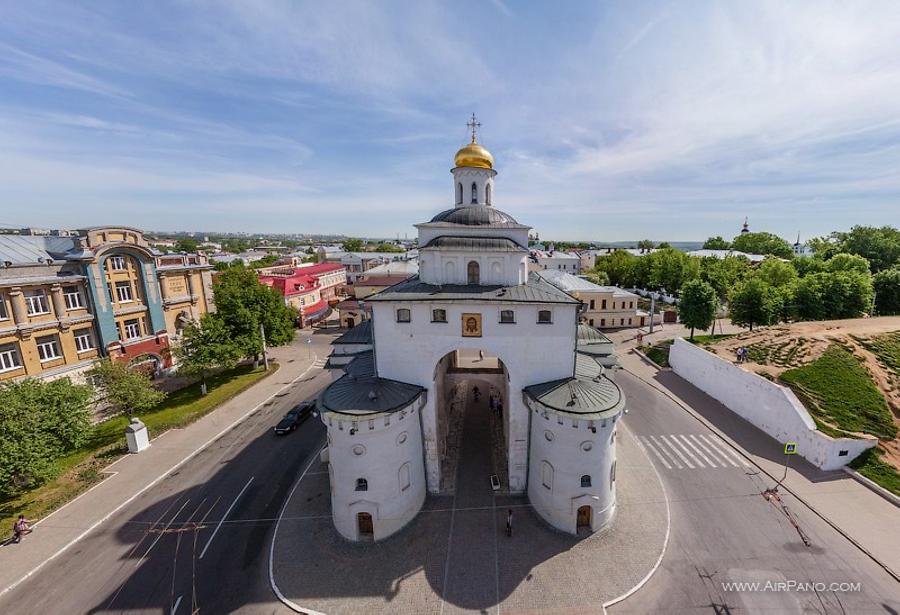 After the year 1917 the historical center of Vladimir was significantly rebuilt, even so there are 239 ancient buildings dated 17-18 centuries and protected by the state. Moreover, in 1992 several architectural complexes were declared as World Heritage Sites by UNESCO as ‘White monuments of Vladimir and Suzdal'. 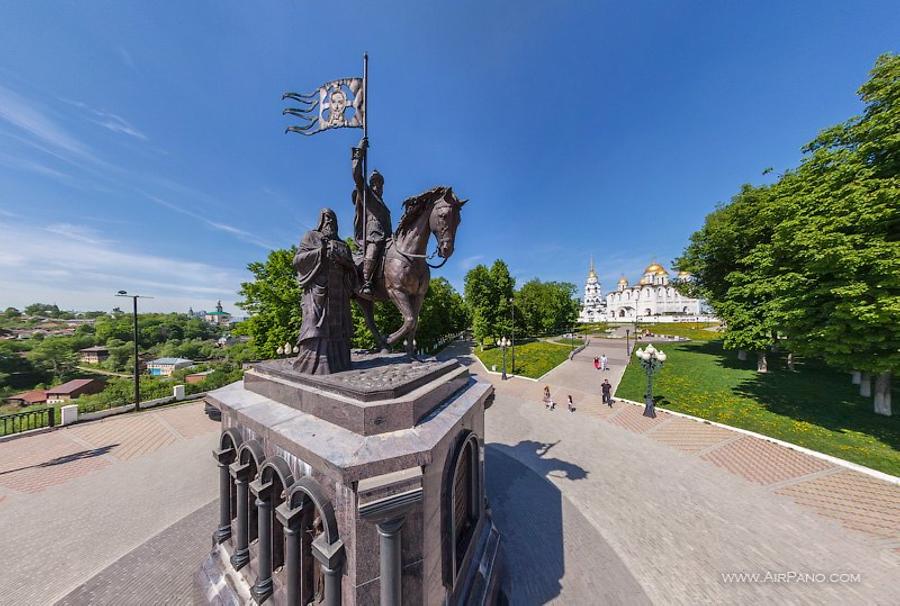 The most famous sight of Vladimir is the Dormition Cathedral (Uspensky Cathedral) dated the 12th century. It is an outstanding white-stone architectural monument of pre-Mongolian Ancient Russia which served as specimen for later cathedrals, including the Dormition Cathedral in Moscow. It is also the one of not many cathedrals where several unique frescos of the great icon-painter Andrey Rublev have remained intact. 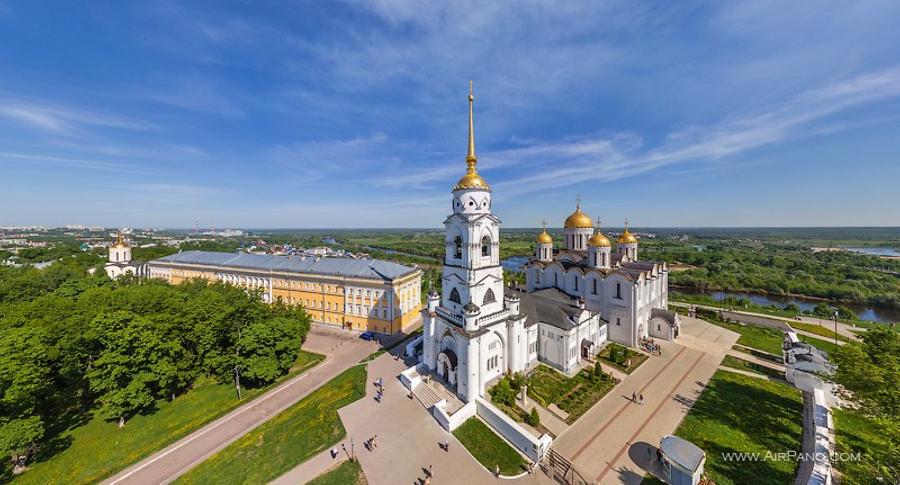 The Cathedral of Saint-Demetrius is another great architectural wonder of the 12th century. This cross-in-square church was built in accordance with traditions of Vladimir-Suzdalian school and is famous for its white-stone carving.

The fortified Golden Gate of Vladimir was built in 1164 during the reign of Andrey Bogolyubsky. This gate had, besides its main fortified function, the aim to create the triumphal atmosphere by decorating the main entrance into the wealthy part of the city that belonged to boyars and knyazes. In the past the gate was covered with sheets of gilded copper which were shining in the sun and impressing the contemporaries. In the 18th century, having suffered the devastating fire, the gate was reconstructed using the same stones, and a new brick church appeared at the top of it. That is how the gate looks nowadays. 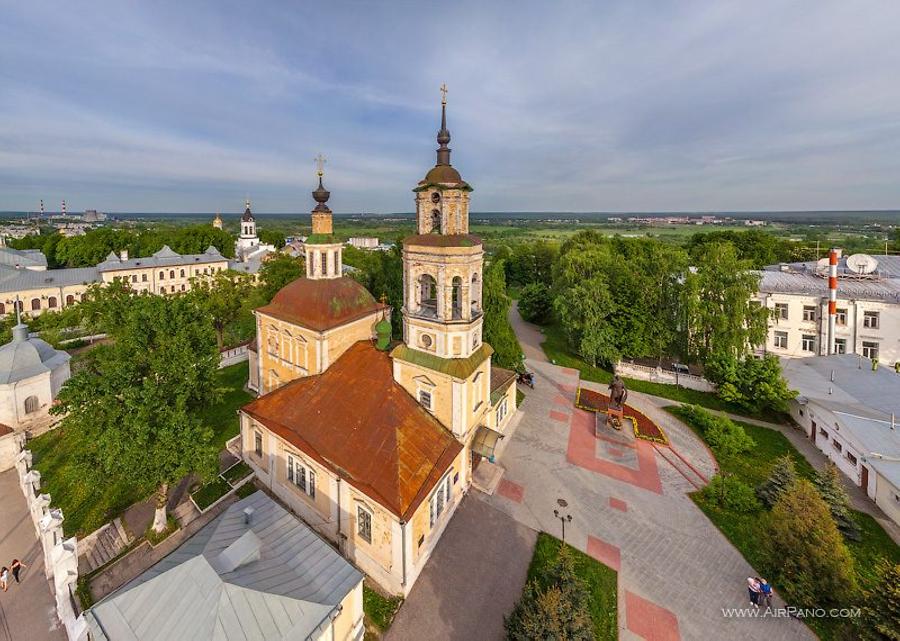 The architectural monuments of Vladimir are so unique that they were represented on reverse of commemorative coins issued by the Bank of Russia. Not only the city, but the whole Vladimir's region preserved a lot of great monuments. One of them is a rural settlement Bogolyubovo, situated two kilometers from the city, which is a former residence of knyaz Andrey Bogolyubsky who had been reigning between 1157 and 1174. 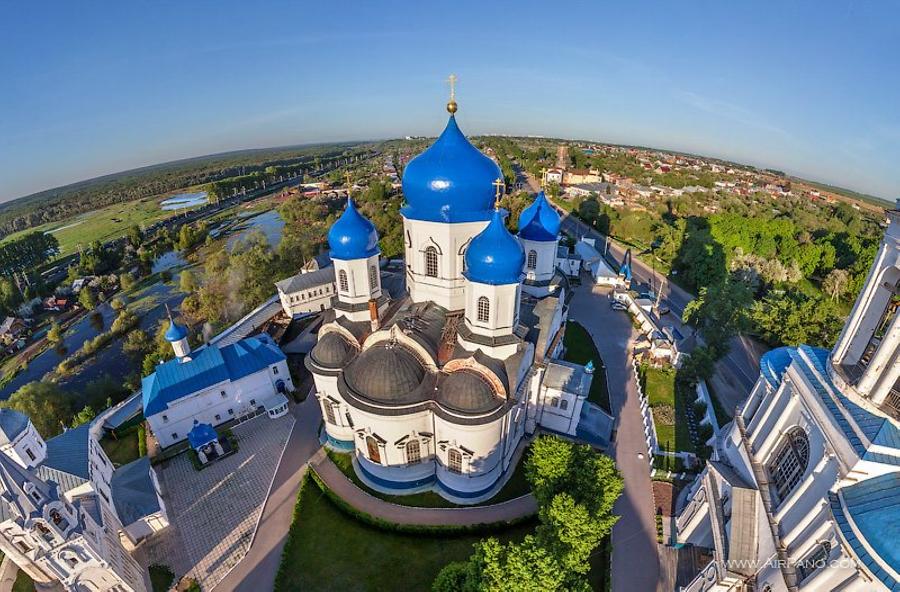 The foundation of Bogolyubovo is strongly connected to a legend of the appearance of the Theotokos to knyaz Andrey. This is the very place where a monastery was founded and a starting point of the history of this settlement. The ancient walls of the abode as well as the residence of knyaz have not remained in their original forms. But even later monuments of Bogolyubovo are ones of the greatest and most important sights of Russia. In the first place it is the Bogolyubsky Monastery of the Theotokos. Its complex includes the remainings of the Andrey Bogolyubsky's palace — the only civil building of Ancient Russia that has remained till nowadays, at least partially. In addition, there are the Church of Annunciation built in 1683 and rebuilt in 1804, the Church of Nativity dated the 18th century and the Bogolyubsky Cathedral created in 1866 in a Russian-Byzantine style according to the project of the architect Konstantin Ton.

A mile away from Bogolyubovo the famous Church of the Intercession on the Nerl is situated. All the features of this 12th-century monument are unique, beginning with the very place of its foundation. The church was built in a lowland on a small man-made hill situated in a water-meadow. Nowadays riverbeds of existing rivers have changed their position, but previously that was the very place where the Nerl river flowed into the Klyazma river, so that the Church was situated on a spit between the two most important trade ways. 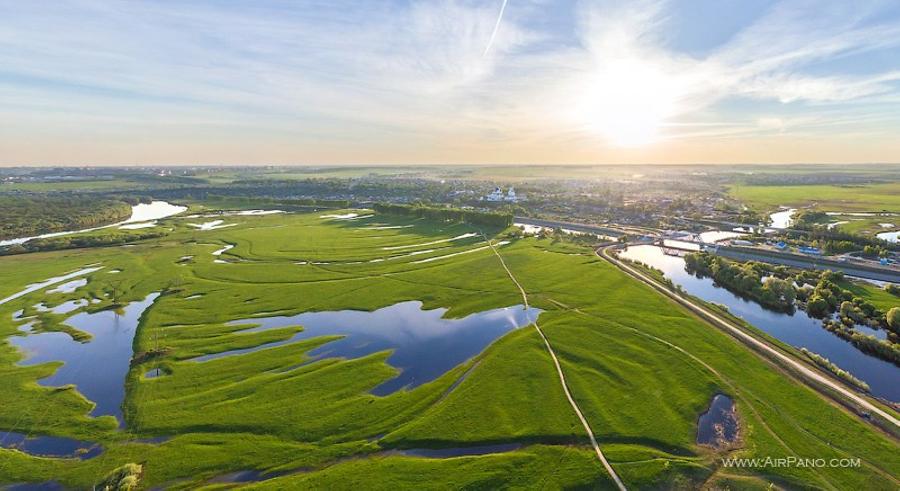 The base of the Church sinks approximately five meters into the ground making it possible to resist the rising level of water at the time of overflow. The walls of the Church are strictly-vertical, but due to properly selected proportions it looks like they lean inwards making the whole building seem higher. The dome drum of the Church with narrow windows is rather delicate and high so it adds an impression of rising skywards. The Church is decorated with the exquisite white-stone carving associated with traditional Vladimir-Suzdalian art of building. Experts admit the subtlety of proportions and an overall harmony of the building, so sometimes the Church of the Intercession on the Nerl is considered to be the most beautiful church of Russia. 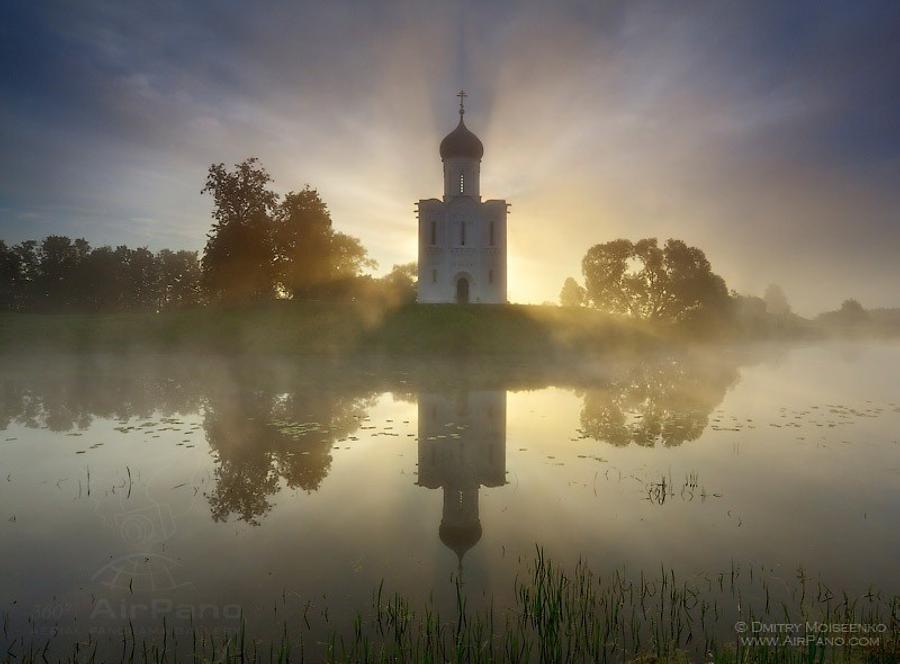 Our panoramas can give you the opportunity to take a closer look at all this historical, architectural and cultural heritage of Russia which was declared by UNESCO as ‘White monuments of Vladimir and Suzdal'.