On July 9th, 2014, the "Angara-1.2PP" light rocket was test-launched from Plesetsk Cosmodrome (a space launch facility). The design and construction of Angara space-launch vehicles started back in 1995. Right after the dissolution of the Soviet Union, Baikonur Cosmodrome, a space launch facility for "Proton" and "Energia" heavy-lift launch systems, was at that time located outside of the new borders of the Russian Federation. As a result, it was necessary to develop a new space launch vehicle that would be built entirely from components made in Russia with Russian equipment and would launch from facilities located on Russian territory. Khrunichev State Research and Production Space Center completed the task by developing an eco-friendly space launch system, which was originally scheduled to launch in 2005, but was postponed more than once. Finally the first "Angara" test launch was performed successfully in July 2014. You can witness it through our photo panoramas.

And now I give you Denis Efremov, the author of this virtual photo tour.

It is a challenge to photograph a space rocket launch, especially when the rocket is being launched for the very first time. It is hard to choose the right spot, because if a mistake is made, you can lose not only good images, but also your camera. And, of course, there would be no second chance to shoot the first rocket launch! 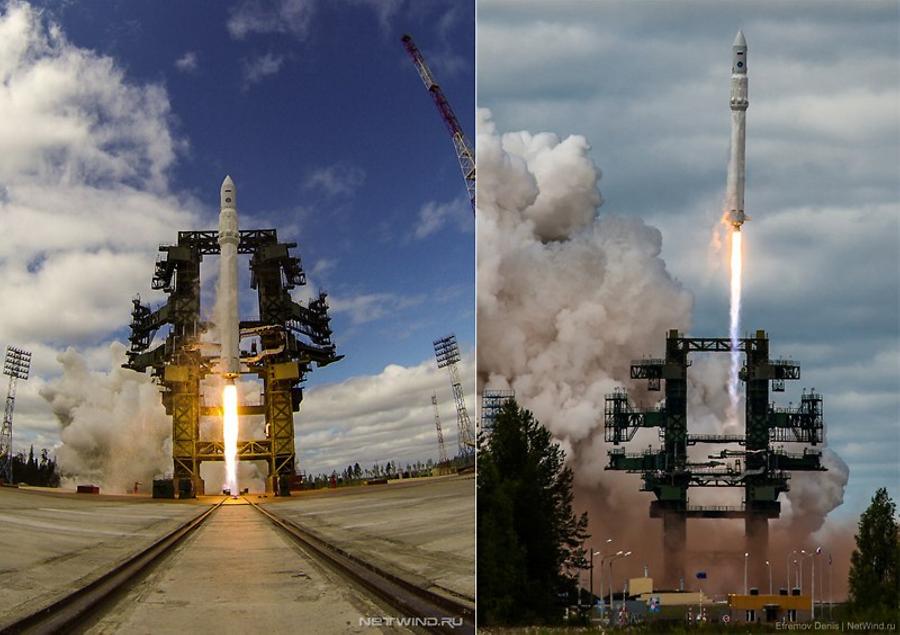 When I asked the technicians at the spaceport where the rocket flame would reach, they told me honestly that they didn't know. I decided to take a risk and installed one of my cameras at the closest proximity of the rocket. For the second camera, I found the highest structure in the area. I must say, if in the first case I was risking my photo equipment, in the second case I was risking my own life.

There were 150-meter-high lightning diverters installed on the launch pad. I managed to get permission from the military officials to climb on top of one of the masts. I had to do it 6 times, and I had to do it very quickly. Due to secrecy, Plesetsk spaceport was built in a hopelessly foggy and rainy region. The weather was habitually gloomy when I chose my shooting location, but on the day of the launch it cleared up, and I realized that my camera was positioned against the sun and would end up shooting the backlit rocket. I had to move the camera to the next diverter, and I had only 20 minutes to do so. 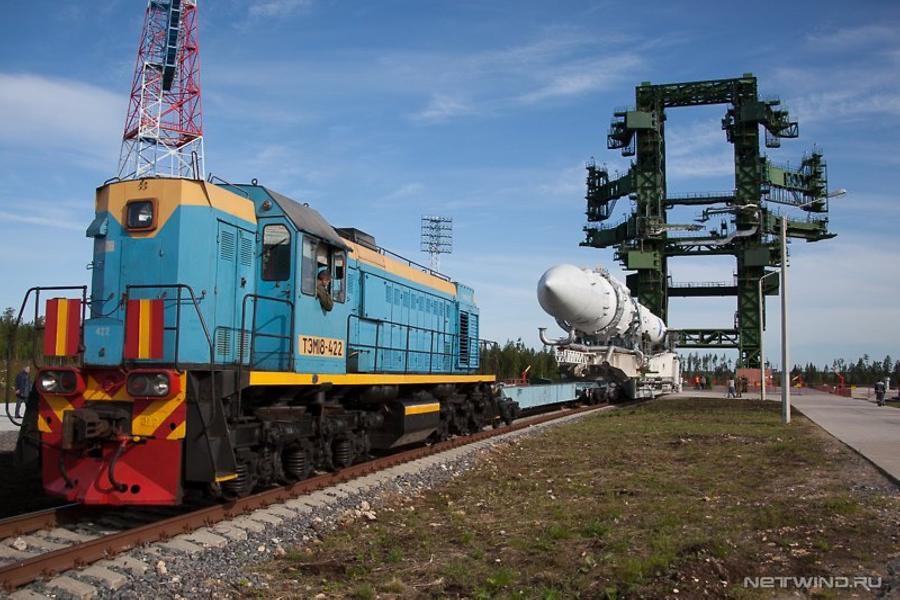 I climbed 80 meters up the lightning diverter, took my camera, went down, climbed another diverter, set up and turned on the camera, and ran back down. My previous rescue team experience came in very handy: one of the mandatory training elements for a rescue team member is to climb up a rope ladder while being timed. This time here at the spaceport I did enough climbing to amount for a year of training! It's a pity I am not going to receive any credits for that.

After all the running and climbing, I was the last one to evacuate from the launch pad. The only people left after me was the crew in the underground bunker. The observation deck was located 1.5 kilometers away from the spot. The view of the launch pad is very limited, so journalists usually would fight over the best spot. However, this time the amount of media invited for the test launch was limited, and we simply waited for it to happen.

The time passed by slowly. Doubts started to overpower me: did I set everything up correctly? Were the batteries fully charged? Was there enough space on my flash cards? Was my camera going to melt away in a jet stream?

We couldn't hear the countdown from the observation deck. Considering that "Angara" is a highly automated system, the launch happens with little human input. We had to guess the start time based on the inconspicuous signs: the cooling system stopped releasing steam from the rocket body approximately 1 minute before the launch. 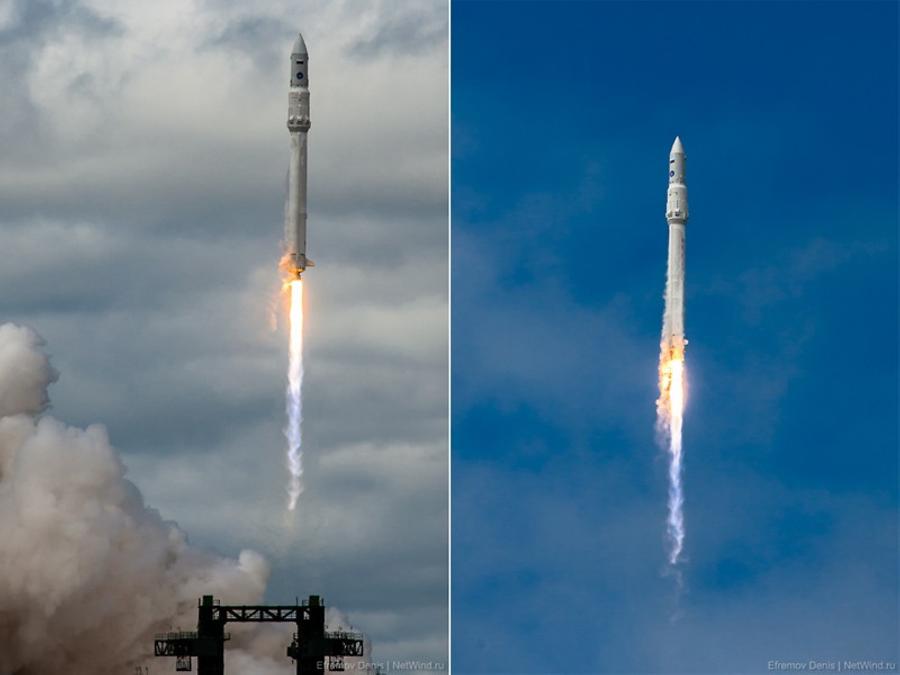 The engine roar breaks the silence. Within a few seconds the rocket creates a large steam cloud behind the launch pad and starts to ascend. "Angara" takes off very slowly. It feels like something has gone wrong. Right after the launch, the rocket starts moving away from the launch pad; it not only goes up, but also sideways.

Regardless of our uncertainties, the rocket worked the way it was supposed to. Blowing away the dust of the spaceport, it launched up into the clouds, successfully completing its program.