Night flight in stratosphere over the Moscow#

by Denis Efremov, members of the AirPano Team that is a member of the global-geography Consortium.

It is always so exciting to realise that you have done something for the first time in the world.

Not so long ago AirPano team in cooperation with Denis Efremov, a member of NearSpace.ru project, accomplished a unique stratosphere shooting. Previously, we had raised our cameras at the altitude of more than 30 kilometres in daytime, so now we have got the first panoramas from stratosphere taken at night. We came across a lot of technical difficulties, the major one was a swinging and constantly turning ball, flying in complete darkness at the speed of more than 200 km/h. Engineering solutions of NearSpace.ru team made it possible to take photos under extreme flight and low-light conditions, at the temperature of 70°C below zero and strong wind.

And now we are ready to present the virtual tour where we demonstrate our photo shootings of Moscow taken at night from stratosphere. 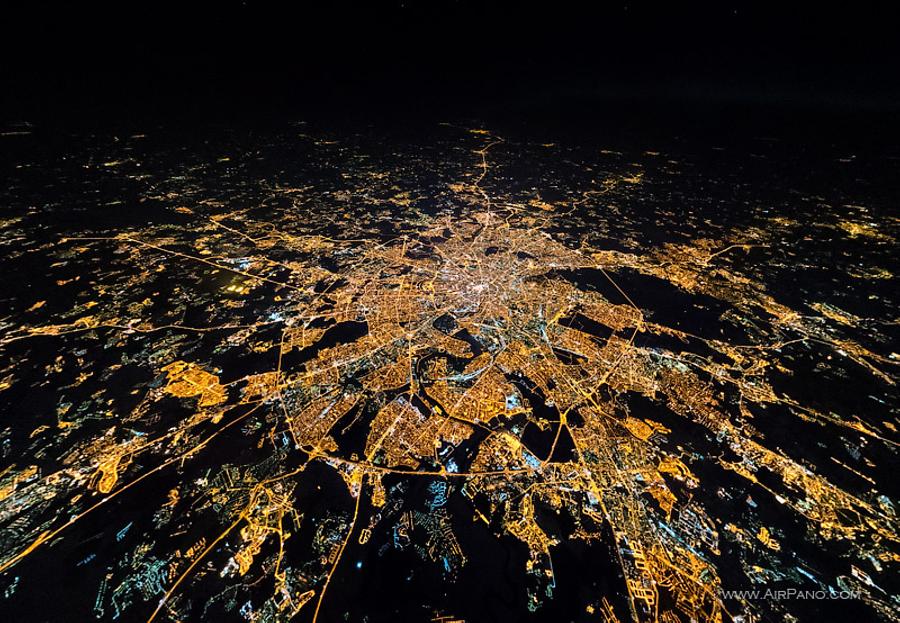 The stratosphere is situated between about 10 km (6 mi) and 50 km (30 mi) altitude above the Earth's atmosphere. The stratosphere has 2 layers: the lower one (11-25 km) and the upper one (25-50 km). It's worthy to mention that air temperature in the lower layer can reach -60°C, while the upper layer is being gradually warmed up to +0,8°C and it reaches zero at the altitude of about 45 kilometers. At altitudes from 15-20 to 55-60 kilometers lies the ozone layer that protects the Earth from the sun's deadly radiation. The top layer of the stratosphere is often called "near space". 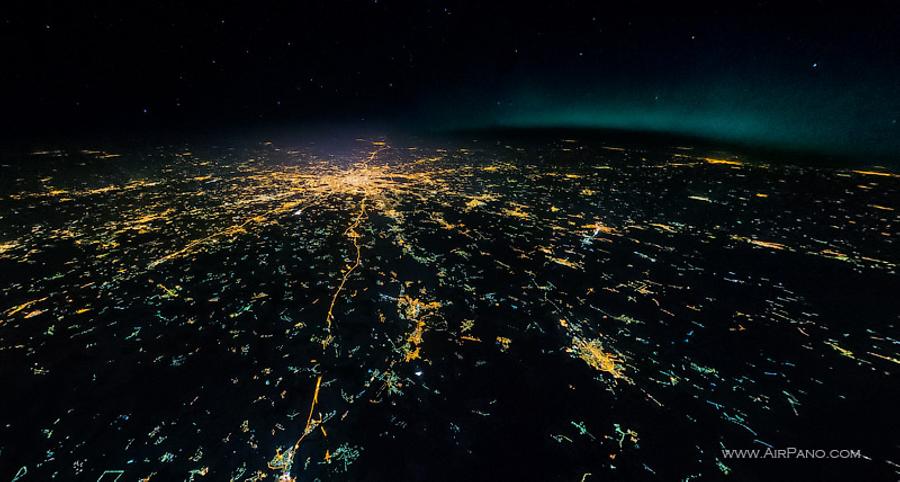 Sending cameras into the near space is done by using balloons filled with helium. These balloons rise 35-37 kilometers above the ground, gradually increasing in size until they are as big as three-story house. At this altitude balloons suppose to burst and send cameras safely to the ground by parachute. 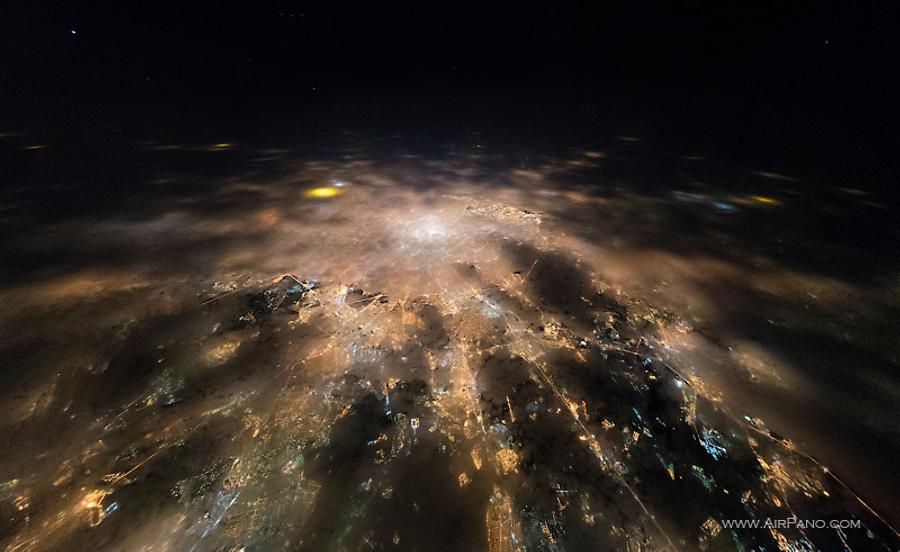