Ivanovo stands out among other cities included in the Golden Ring of Russia. In the first place, it is famous for its revolutionary history, theatres, educational institutes and industry. Being the textile capital of Russia, Ivanovo is sometimes called the "Russian Manchester". In spite of the fact that the number of ancient churches and monasteries is not large, the reason for including this "Calico fabric land" in the the Golden Ring of Russia was its urban architecture which was formed at the time of the urban development and considered to be the genuine monument of culture and history. 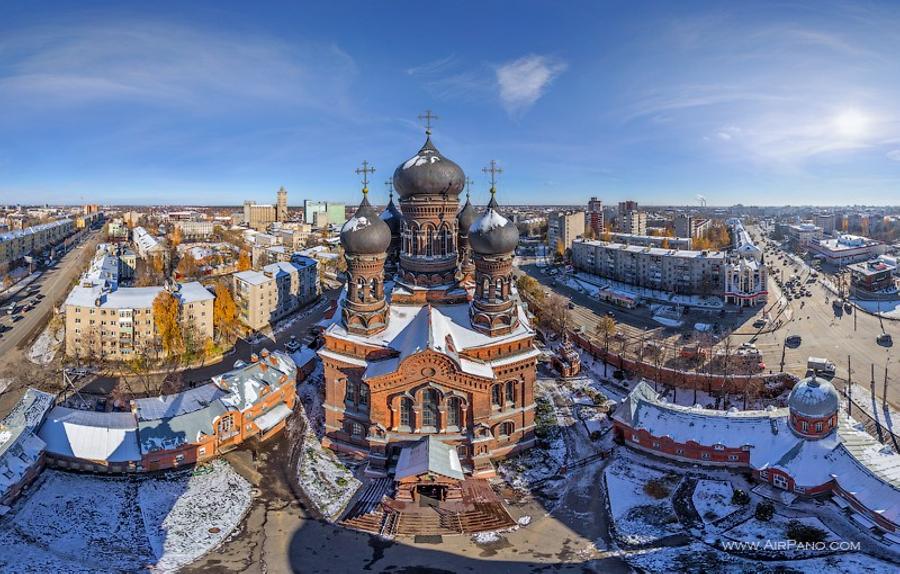 The first mention of Ivanovo in chronicles is dated 1561, and then in the 17th century the first Russian textile enterprises were established here. Calico fabrics of Ivanovo quickly became popular not only within the country, but all over the world as well. Only in 1871 Ivanovo applied for the city status; by this time it had developed in a large advanced settlement. One by one many wealthy manufacturers built their own estates focusing on the best metropolitan samples and not sparing any money. Many luxurious materials were used in the process of construction: marble, rare species of wood, bronze. 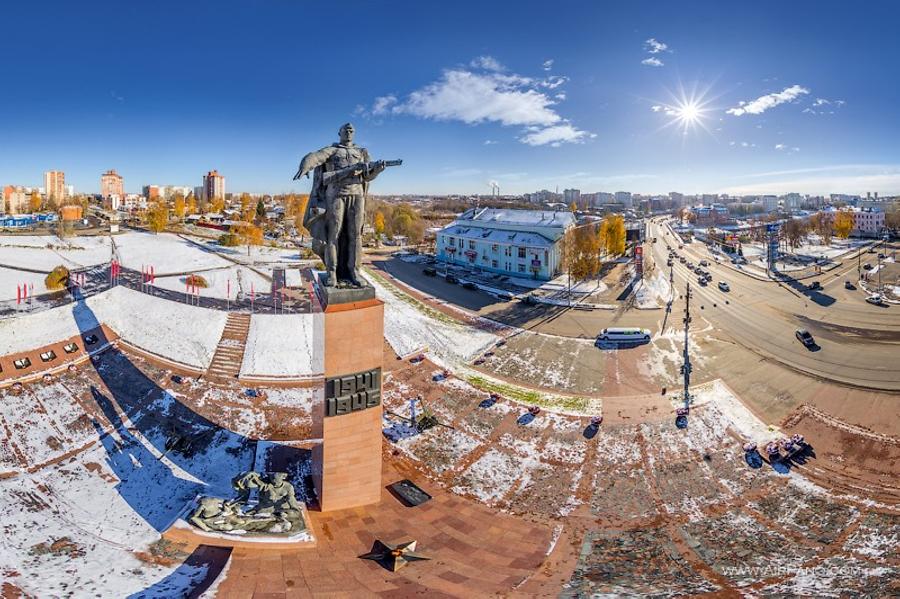 It was at this period of time that the unique look of Ivanovo began to form: the combination of rich mansions and strict brick buildings of textile enterprises. Ancient buildings in Ivanovo were created in different architectural styles, beginning with classicism and ending with modernism. Even the "Italian Palazzo" can be found there: this building was erected in 1914 on demand of the manufacturer, patron and connoisseur of ancient things, Dmitry Grigorievich Burlykin. Now this building hosts the Museum of Industry and Art.

In the beginning of the 20th century Saint-Vvedensky monastery was built; it is one of the very few temple complexes that has remained till nowadays (the reason can be the KGB archive which occupied this building for many years). Unfortunately, many other churches in Ivanovo were destroyed after the 1917 revolution. 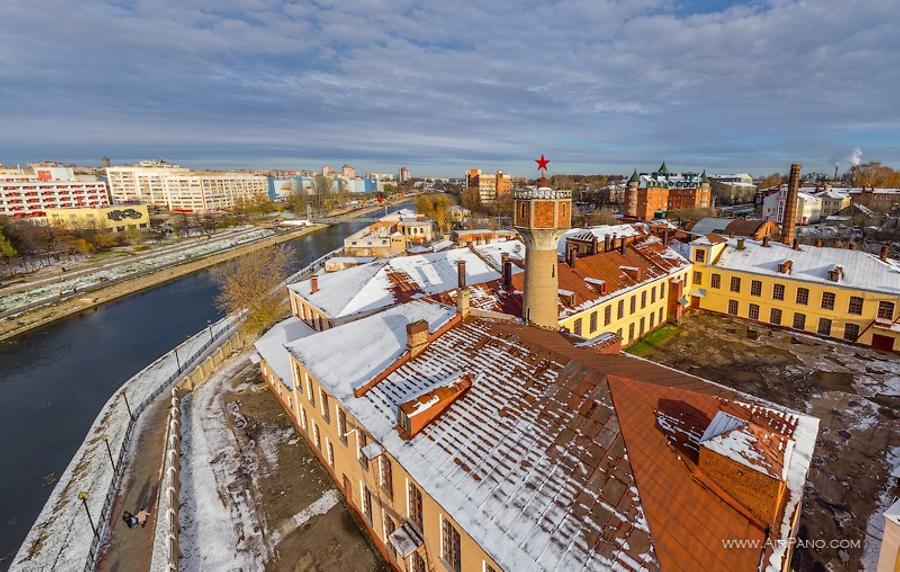 However, the Soviet period has made its own contribution to the list of the landmarks of Ivanovo. In the 1930s several buildings which became the bright examples of the constructivism style were built in Ivanovo. One of them is famous "Ship-house", a five-storey building which has a splay gable facade and a "stern" — an eight-storey tower on the opposite side of the building. Little balconies with concrete railings resemble bridges and two rows of bigger balconies look like decks. The glass-fronted ground floor creates the feeling of a building flying above the ground. If you stand right at the "rostrum" you will have a feeling that the "ship" is moving towards you.

The other examples of the Soviet Constructivism are the "Horseshoe building", the building of Selkhoz-bank, the Drama Theatre, the railway terminal, the "Central" hotel, the school building with an observatory-tower and many other apartment buildings.

An ancient village is situated about 40 kilometers from Ivanovo. Its name is Dunilovo and it has managed to preserve its temple complexes. Moreover, Dunilovo has never been a city, but there are at least ten temples on a limited territory among woods and fields. 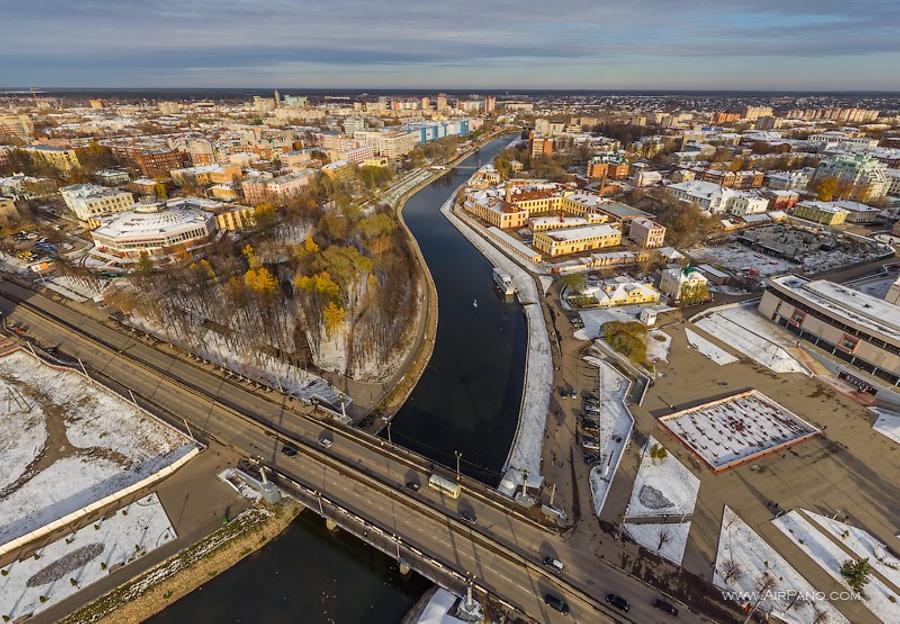 The village was founded on the right shore of the Teza River — at the crossroad of ancient trade routes (this was the place of intersection of three main roads coming from Suzdal, Shuya and Nizhniy Novgorod). This convenient location contributed to the development of local trade and holding trade-fairs; wealthy lavish merchants spared no expenses to build different temples. The largest ones are the Church of all Saints, the Church of the Intersection of Holy Mother of God, Saint-Uspensky and Annunciation monasteries. The latter hosts the most ancient church of Dunilovo (1675).

We hope that our virtual tour will help you to get inspired with the charm of both past and present, traditions and progress, which are represented in this region in the surprising combination.