Photos by Stanislav Sedov and Sergey Rumyantsev, members of the AirPano Team that is a member of the global-geography Consortium.

Five years ago me and Stas had an opportunity to shoot Baikal from the air. Here we are again. The main goal was to make 360 videos, but of course we could not have ignored the making of a new virtual tour. We were lucky: the weather was changing everyday. We walked on clear ice under blue skies in absolute silence and watched the milky way above Olkhon Island. We tried to stay warm in -35 degrees cold and managed to get to the camp through the most harsh snowstorm...

We thank nature for such unforgettable impressions during this short trip. 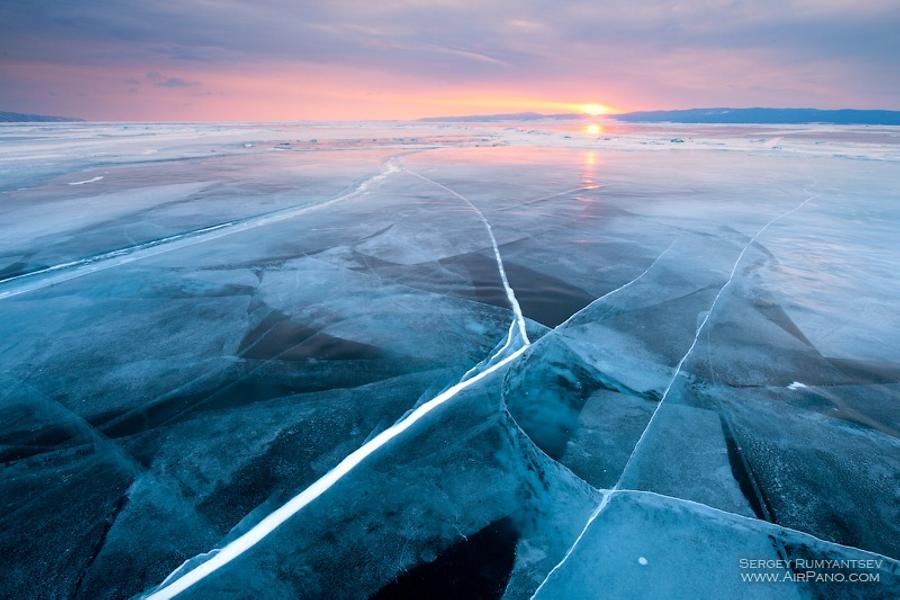 And here are some facts about Baikal.

Lake Baikal is the deepest lake on the planet, and is one of the most famous landmarks of Russia and the world. In 1996 Lake Baikal was declared a UNESCO World Heritage Site. 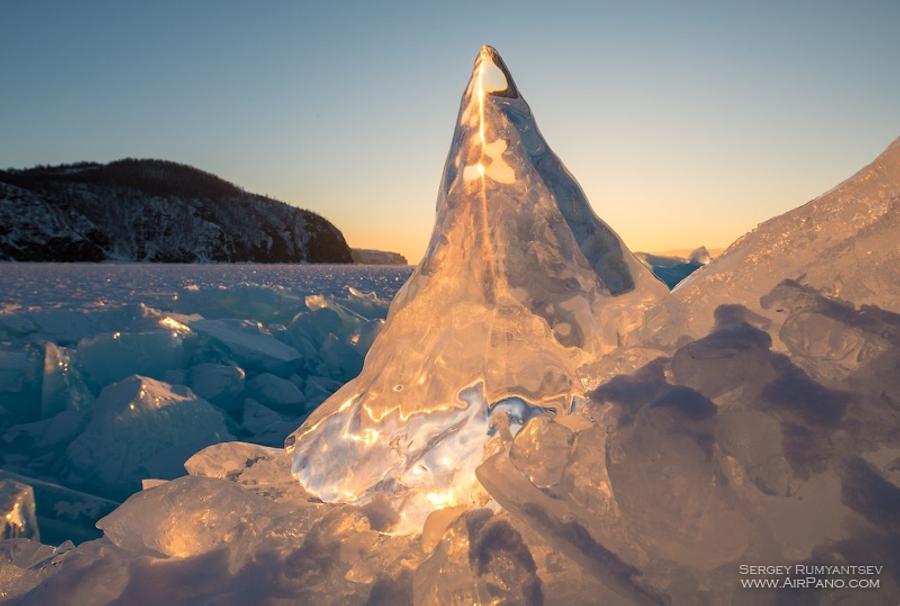 The surface area of the lake is 31,722 sq. kilometers (12,248 sq. mi), which is comparable to the size of Belgium and Denmark. Its shore length is 2,000 kilometers (1,300 mi), and maximum depth is 1,642 meters. Besides Lake Baikal, there are two more "thousanders" in the world: Lake Tanganyikain in Central Africa (1,470 meters) and the Caspian Sea (1,025 meters). This is not a coincidence: like the enclosed Caspian reservoir, Baikal is also called "a sea" for its size and significance. 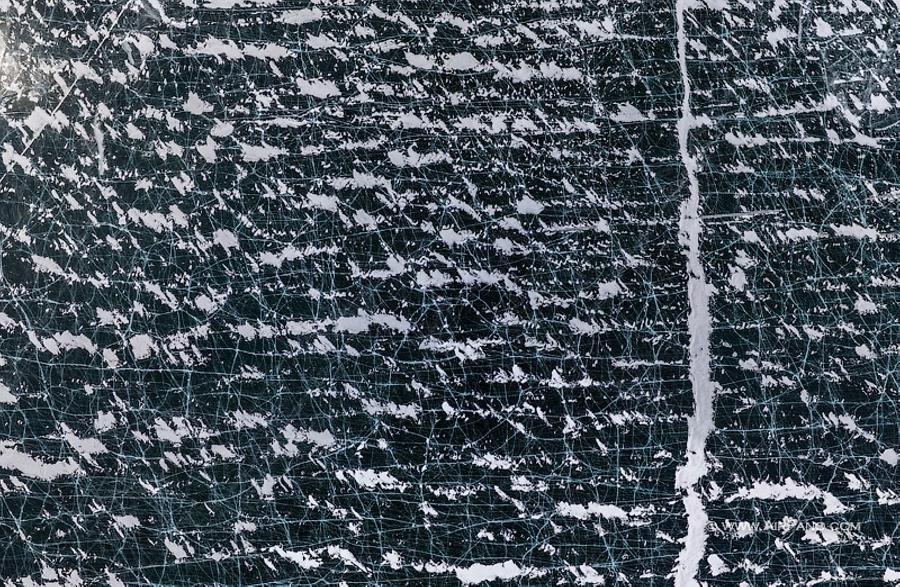 Lake Baikal is the largest reservoir of fresh water. It is fed by 336 inflowing rivers and is drained though a single outlet — the Angara River. Scientists believe that if all inflowing rivers suddenly stop, the Angara River would continue its flow for 400 years before draining the lake completely. And if we freeze all Baikal water, cut ice blocks of 1 cubic kilometer size, and line them up, the line would stretch from the North Pole to the South Pole, and 2.5 thousand kilometers further beyond the South Pole mark. 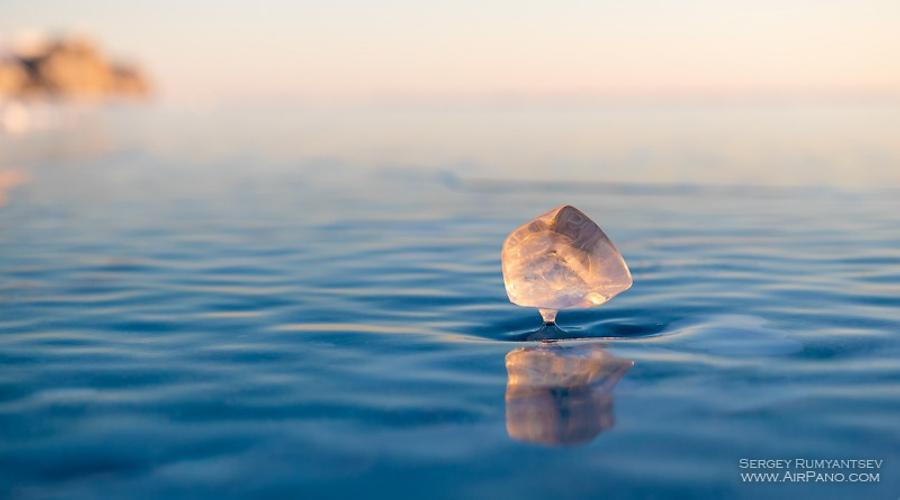 Lake Baikal's age is estimated at 25 — 35 million years, however its origin still raises scientific debates. Average life expectancy of most lakes around the world, especially those that were formed during the Ice Age, is about 10 — 15 thousand years, after which a lake is filled with muddy sediments and gradually becomes a swamp. However Lake Baikal doesn't show any signs of "aging". Its depth doesn't diminish. Moreover, Baikal claims 2 centimeters of land every year. There is a hypothesis that Lake Baikal is in fact an emerging ocean.

Lake Baikal hosts around 2,600 of animal species, most of which are endemic. Besides its unique biodiversity and natural beauty of surrounding landscapes, Lake Baikal is also famous for the clarity of its water. One can see details of an object as deep as 40 meters. Thanks to phytoplankton that lives in Lake Baikal and serves as a biological filter, water in the lake contains the most concentration of oxygen, which makes Baikal water truly alive. 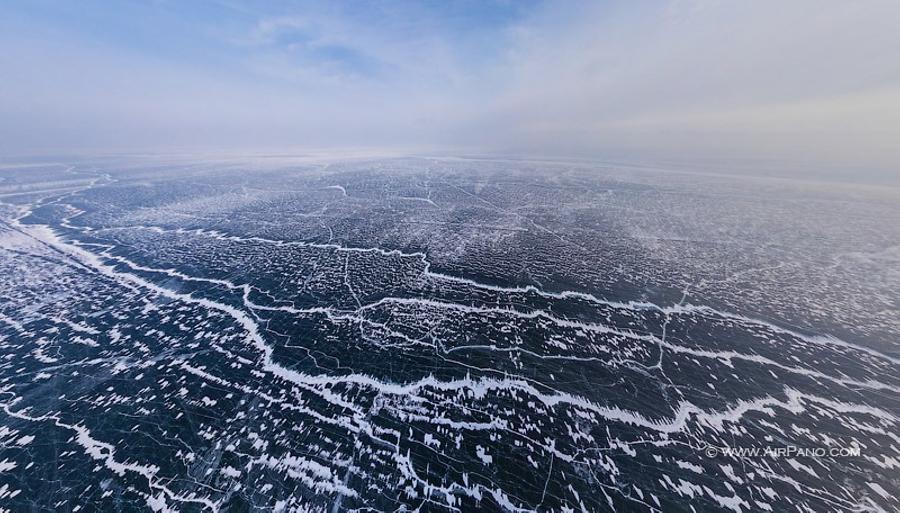 Despite the fact that Baikal is a lake, severe storms occur here just as they do in the ocean; and sometimes Baikal waves reach up to 4-5 meters. No swimmer has been able to cross Lake Baikal yet, mostly due to the average water temperature, which fluctuates around +10°C. However, the number of sunny days in Lake Baikal region is greater than in southern regions of Russia. For example, Olkhon Island (the biggest island on the lake) gets over 300 clear sunny days a year. 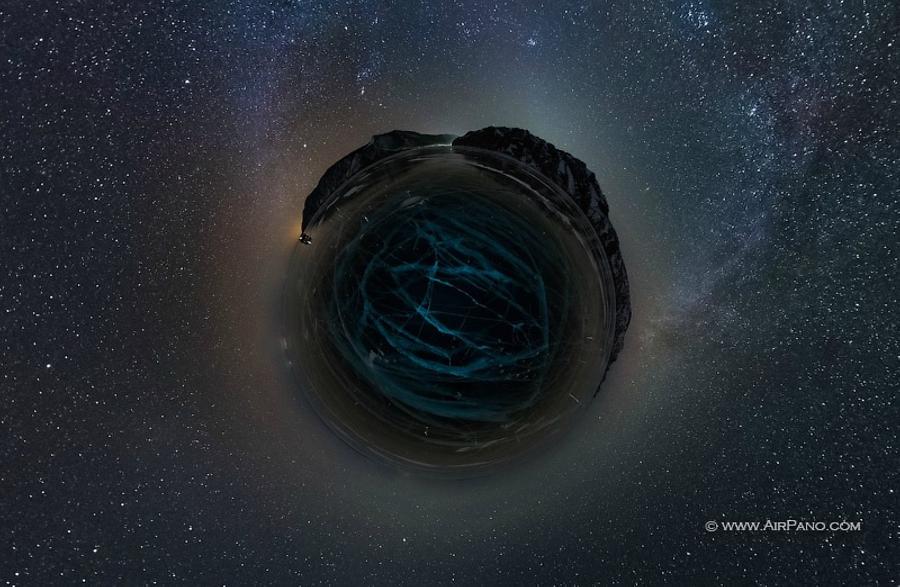 All the above-mentioned facts combined with a beautiful picturesque nature put Lake Baikal next to the most outstanding landmarks of the world. And, the winter atmosphere captured on our photographs undoubtedly adds a special charm to the landscape. 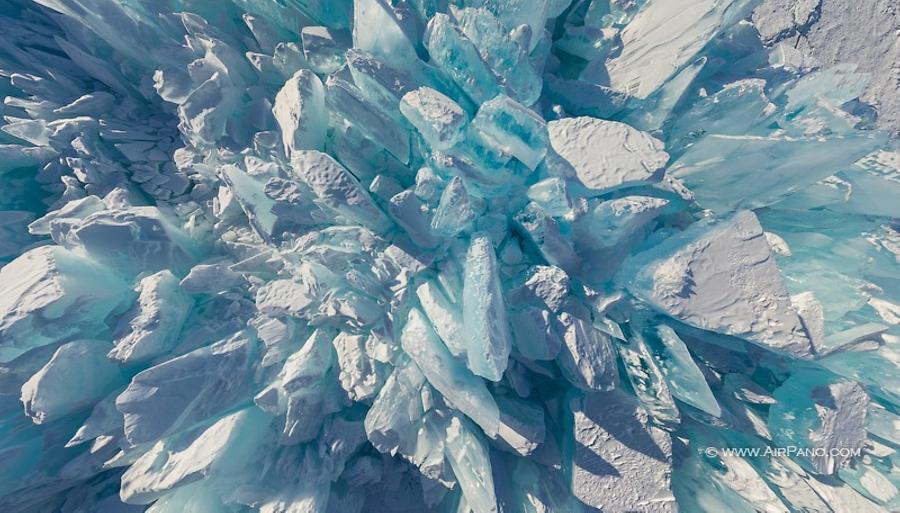