Khanty-Mansiysk is a town in Western Siberia located on the eastern bank of the Irtysh River. Despite the severe climate of this region (the average annual temperature is only -0.8?), the first people settled here back in the 16th century after the battle between the forces of knyaz Samar and Ermak. 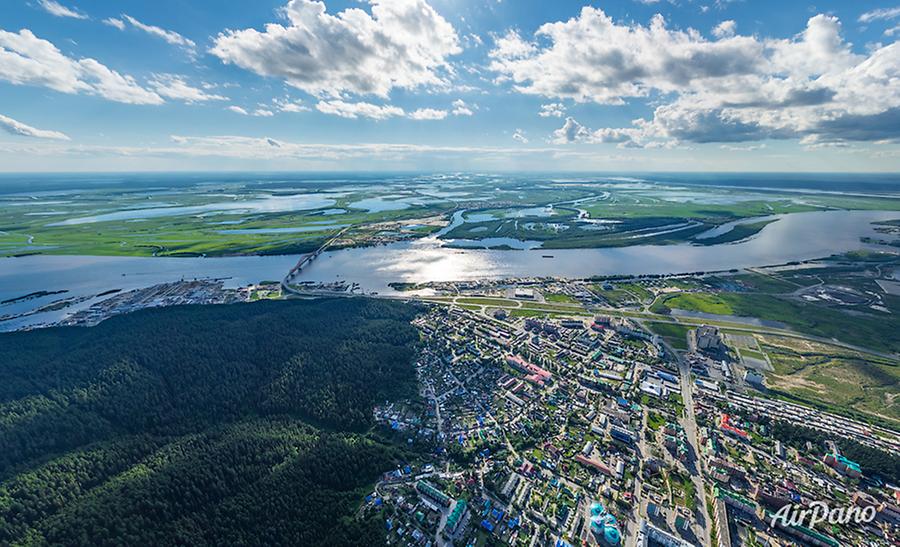 The settlement that was named Samarovo eventually grew and developed. By the 17th century, the village had become a significant merchant centre due to its advantageous position at the intersection of important trade routes. In 1740, an observatory was founded in the village centre; and at the beginning of the 19th century, the stone Church of the Intercession of the Theotokos was built and has remained till nowadays. 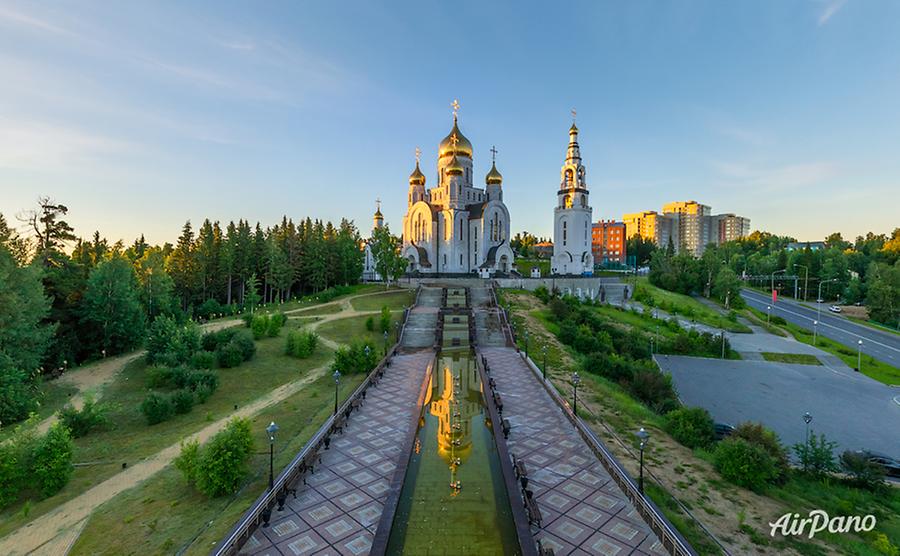 By that time, Samarovo had attracted a lot of visitors, including royals and scientists. In 1881, Edmond Cotteau who was one of the first foreign explorers at that time wrote the following, "Samarovo is a beautiful settlement built at the foot of the nearby hills that are covered by thick forest. A white-domed church stands in its centre..."

At the dawn of the 20th century, Samarovo had become a prosperous village, and new solid two-storey houses began to appear. In 1940, it was renamed Khanty-Mansiysk and became the administrative centre of Khanty-Mansi Autonomous Okrug (Yugra), then 10 years later it was granted the town status. 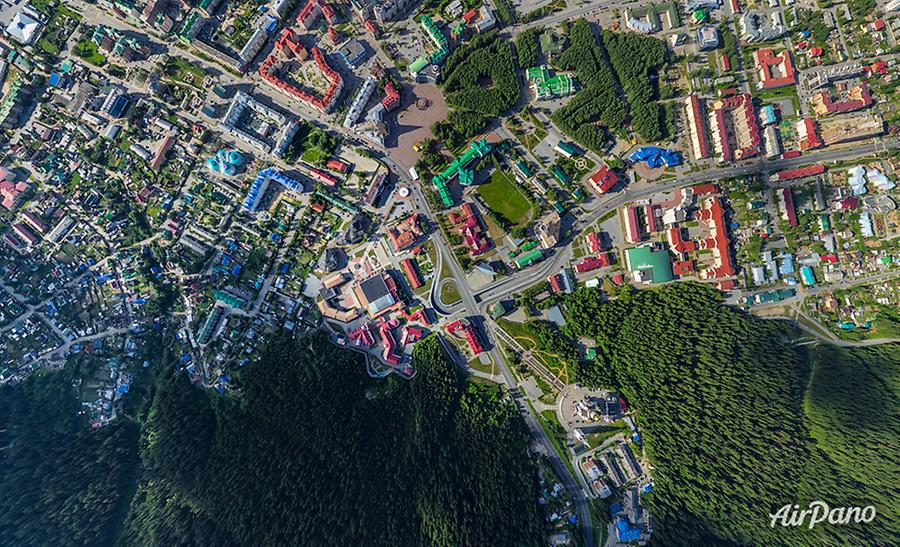 A new chapter in its history began when in 1953-1960 oil and gas deposits were discovered in this region. In addition to living houses and industrial buildings, museums and other cultural facilities began to appear. Archeopark at Samarovsky Outlier featuring the sculptures of ancient animals and people is one of them. Another significant place to visit is the Torum Maa Open Air Ethnographic Museum showing the life of indigenous peoples of the North. 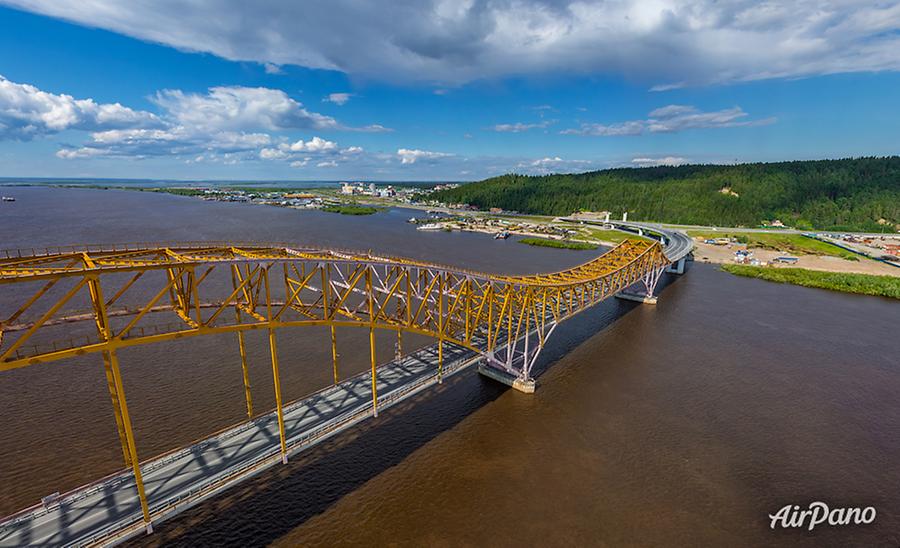 In 2004, a unique bridge crossing the Irtysh River and connecting the town and the northern part of Khanty-Mansi Okrug was opened. Due to the colour solutions and architectural expression, the bridge was nicknamed Red Dragon and is considered to be one of the most beautiful bridges in Russia. Among the highest constructions of the town, there is the bell tower of the Church of Christ's Resurrection built in 2005. One of the largest natural sites of Khanty-Mansiysk is Samarovsky Chugas natural park covering 6.5 thousand hectares at the intersection of the Ob River and the Irtysh River. 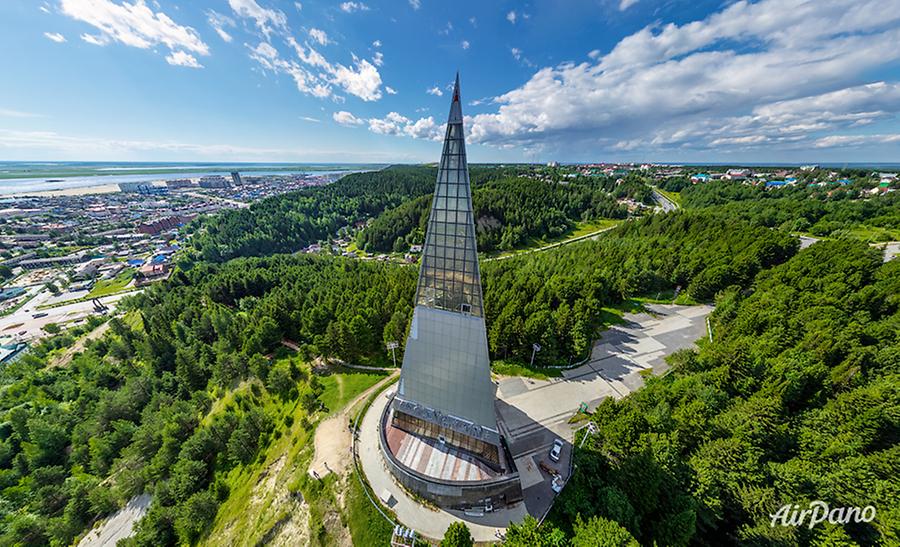 On the slope of an 80-meters hill, there is the monument dedicated to the Yugra Land Discoverers. It is a pyramid, each side of which represents significant epochs of the history of Yugra's capital: ancient times, Ermak's conquest of Siberia and the period of the discovery of gas and oil resources. The noble shape of the pyramid can be seen from any point in the city, while the monument itself has a panoramic viewpoint. But you can also enjoy the breathtaking views by opening AirPano panoramas captured from the height of the bird's flight. 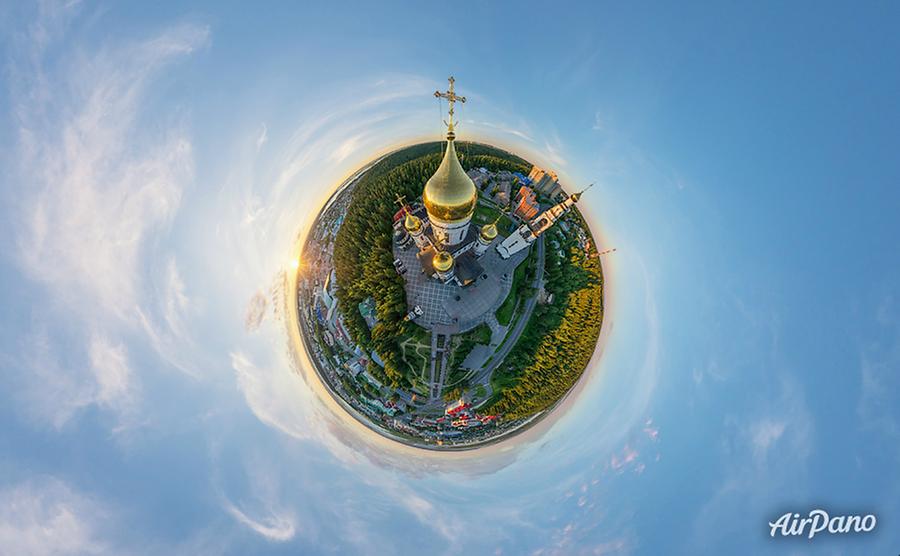