Photos by Stanislav Sedov and Dmitry Moiseenko, members of the AirPano Team that is a member of the global-geography Consortium.

Kamchatka Krai occupies the north-eastern part of the Russian Federation. It is an outstretched peninsula bounded by water on three sides: to the west by the Okhotsk Sea, to the east and to the south by the Bering Sea of the Pacific Ocean. Such geographical location has influenced the terrain and the climate of the area.

The eastern coastline has stretched for more than 2,000 km. There are the large bays of Korfa, Ozerny, Kamchatsky, Kronotsky and Avachinsky, as well as the famous Kronotsky Nature Reserve. Near its southern border, there is the Semyachik Liman separated from the Pacific Ocean by a completely "bold" sand spit. 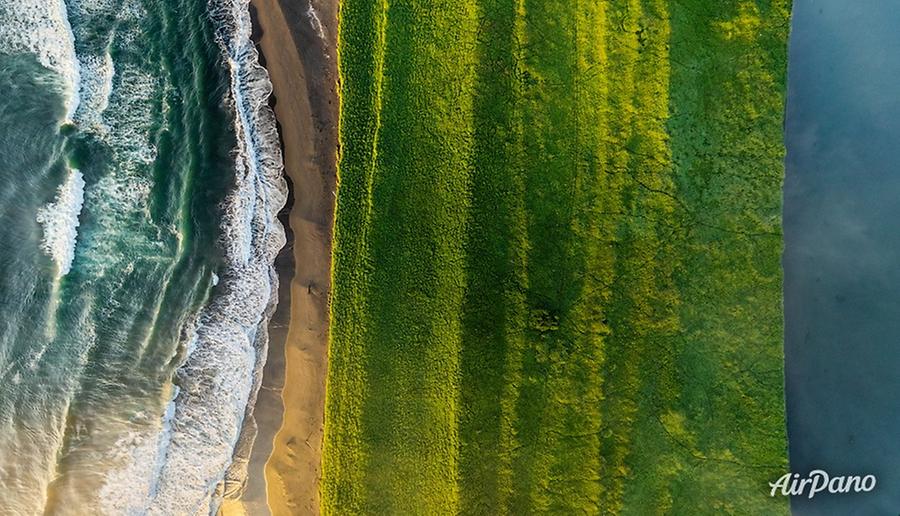 A liman is an enlarged estuary with low banks at the widening mouth of the river before flowing into the sea. The Semyachik Liman has an area of 780 ha. It is a vast shallow waterbody that feeds on thermal waters creating perfect conditions for different representatives of fauna. The abundance of fish attracts bears, otters, seals, foxes and other predators as well as birds.

In addition, the Semyachik Liman provides the birds with comfortable seats for nesting on its marshy banks. The warm waters make it a good place for overwintering. The biodiversity of the Semyachik Liman resulted in including this place into the list of the most significant water-marshy grounds of the national importance.

You can see unique animals, including steller sea lions, not only in this place but also in the area of the Kozlov River in the Kronotsky Nature Reserve. This species is the largest of the eared seals and is sometimes called the "northern sea lion". The most loved place of these animals is the Kozlov Stone that lies on their migration path.

At the end of April, the male-seals appear here, occupy the place and protect the territory of other claimants. Soon the females join them and the breeding season starts. At the beginning of May, there are around 100 animals near the Kozlov Stone and around 300 through the whole summer season. It is a record high level. Another good place for watching steller sea lions is Cape Kekurny located 50 km away from Petropavlovsk-Kamchatsky. 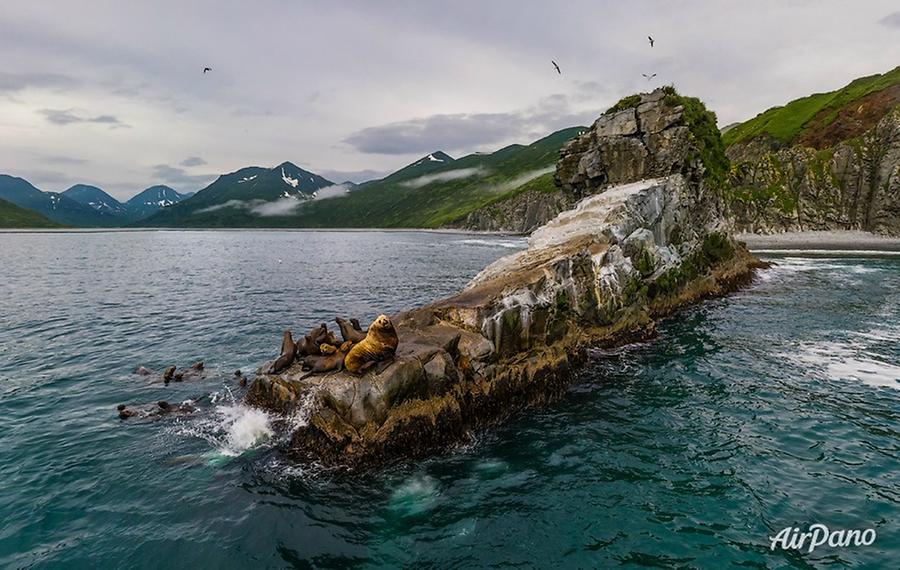 In the southern part of the peninsula, there is the South Kamchatka Sanctuary named after T.I. Shpilenok. In 1996, it was listed as a UNESCO world heritage site under the nomination "Volcanoes of Kamchatka" due to its unique natural features and the diverse landscape. One of its most remarkable places is a small rocky island of Utashud of around 80 meters high. In fact, it is not a single but three adjoining islands that merge into one common area during low tides. The island is reef-edged with occasional laminaria bushes. The view is animated with a partially sank shipwreck and acute steep sea stacks being 153 and 183 meters high. 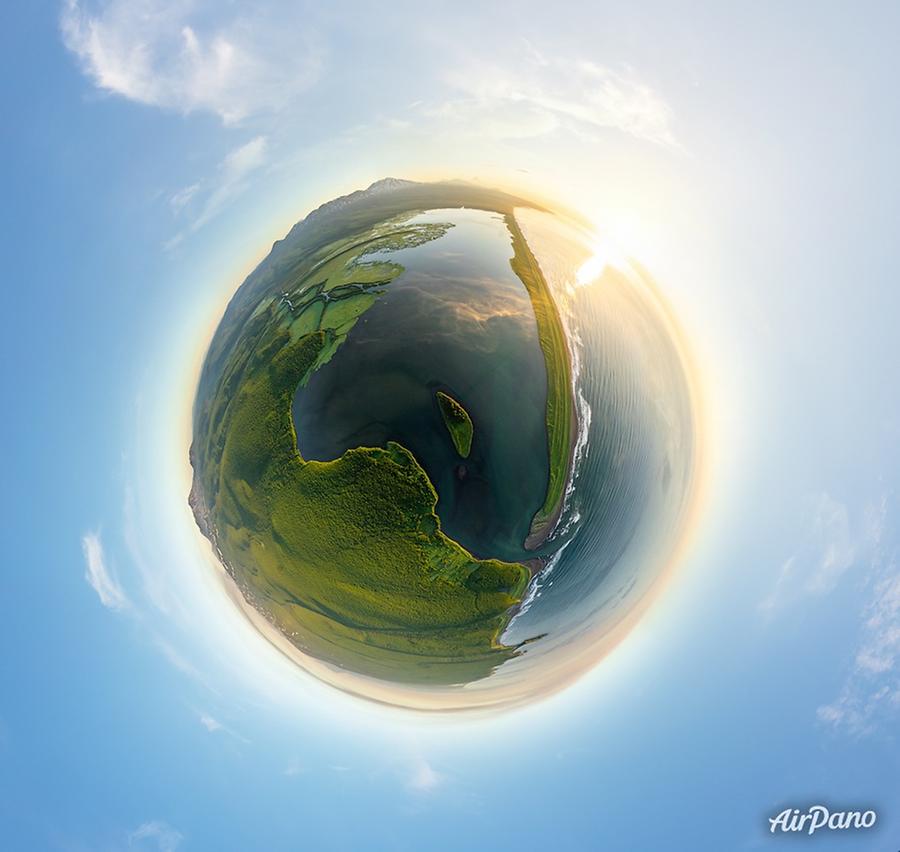 Bears occasionally come to Utashud, while the main inhabitants of the island are sea otters, spotted and insular seals. From spring to late December, a small group of grey whales stays near the coast of the island. The colonies of 10 seabird species counting more than 22,000 pairs are also located on the island.

Kamchatka is the kingdom of nature with minimal human impact. Have a journey to these incredible places together with AirPano!

AirPano team would like to express our gratitude to the admistration of the Kronotsky Biosphere Reserve: director Peter Shpilenok, Roman Korchigin, Nikolay Pozdnyakov and Anisifor Krupenin ship's crew: Andrey Polischuk, Igor Girev and Roman Polischuk for perfect organization of the photo shoot, and warm welcome.