The Russian peninsula of Kamchatka is the land of volcanoes. Around 30 of them are active and 160 are extinct. Mutnovsky volcano is considered one of the most active in the southern part of Kamchatka. Its first known eruption dates back to 1848, and the most recent occurred in 2013. In total, 17 phenomena of this kind were recorded over the history of observations. 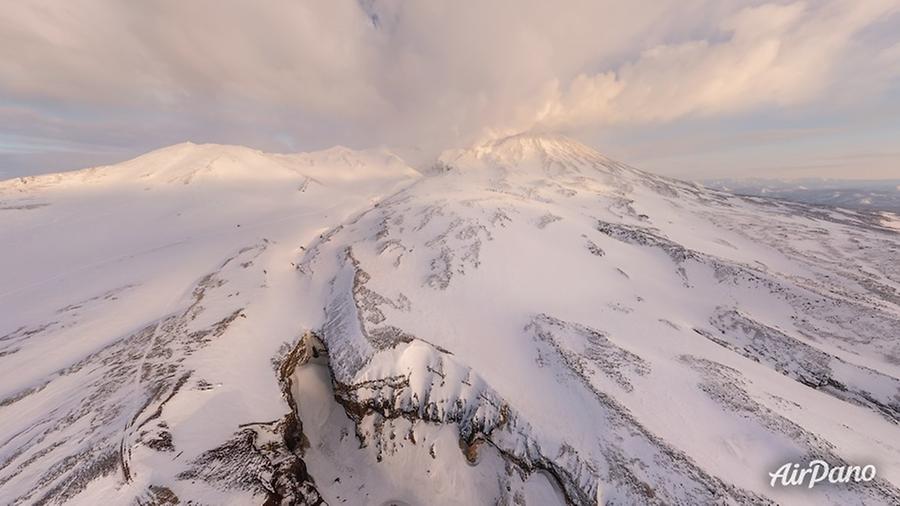 This shield volcano rises at 2,322 meters and consists of four cones merged together. Each of the cones is up to two kilometres in diameter. Every summit does not look like the other: eruptions have affected the terrain. Today, volcanic activity is concentrated in the northwestern cone: gases and steam are released from its funnel measuring 440 by 100 meters. It causes the appearance of hot springs: they are called "fumaroles", their temperature reaches +500 °C. Thanks to this, Mutnovsky volcano is one of the largest geothermal fields in the world, and this feature is used to the full extent. Nature lovers can admire the beauty of the landscape, while the nearby Mutnovskaya geothermal power plant runs on the steam it produces. Its capacity is about 60 MW, and this is about a third of the total urban demands of Kamchatka. 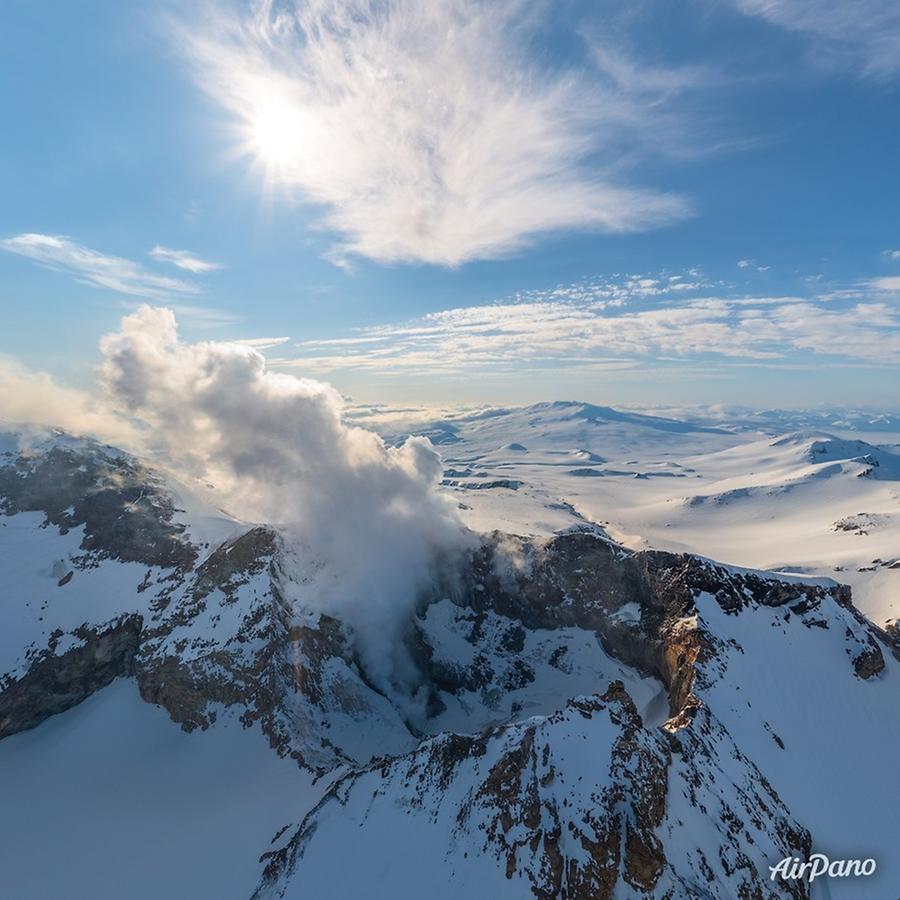 The river Vulkannaya flows through a rift in the northwestern part of the crater. It is also known as the "dead" river: there are no living creatures in it since it carries sulfuric acid. The concentration of harmful compounds is so high that even when it merges with the Mutnaya River, the water is still poisoned for many miles afterwards. 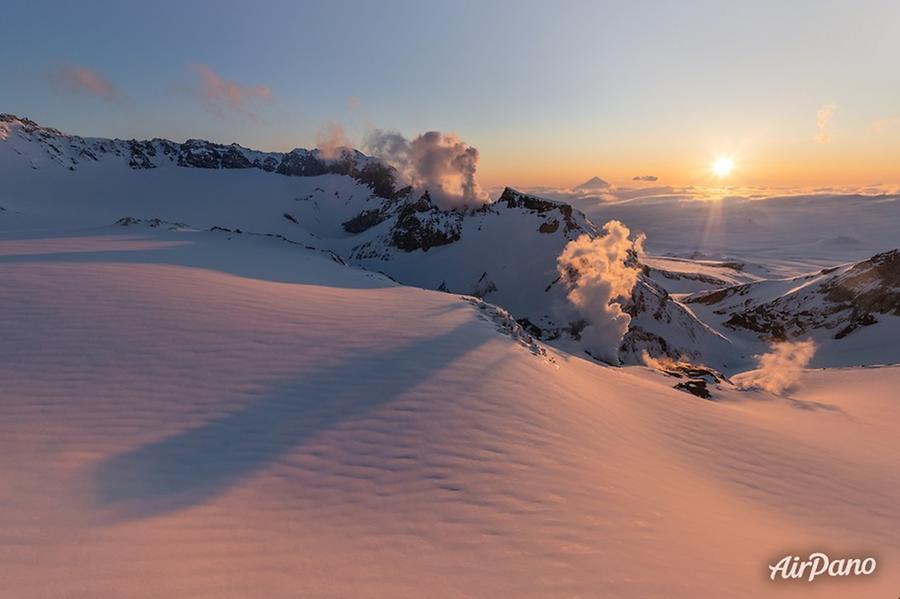 The river cuts through the slopes and forms a deep and steep canyon called Opasniy ("dangerous), where it collapses with an 80-meter waterfall. The canyon appeared as a result of a tectonic rupture, and this allows you to see with your own eyes the strata of volcanic deposits. They are arranged in horizontal layers with different structures and colours. Here, ancient lava alternates with looser slags, and this picture seems to have just stepped out of the pages of a geology manual. Lava is mainly black and grey, while the friable layers have acquired a bright colour due to exposure to volcanic gases. 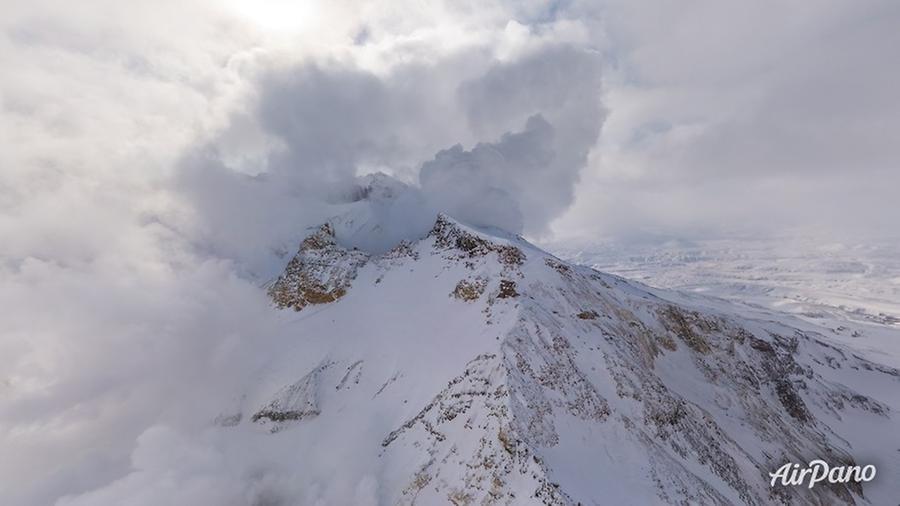 There are also two fumarole fields near the northern crater, and a massive glacier creeps onto them: this is a real struggle between the elements of ice and fire. In addition to fumaroles, there are seething water and mud pots with gushing hydrothermal emissions.

Due to emissions, the slopes are covered with coloured ash and dust. Although this is a fascinating place, it is difficult to breathe here in windless weather, and rubber boots are needed at any time of the year. But in this AirPano photo tour, you can admire these stunning phenomena without the slightest difficulty!