Altai is a part of Russia that is famous for its nature. The territory of over 90,000 sq kilometres has very diverse landscapes: highlands and steppes, lakes and caves, glaciers and mounds. Closer to the Mongolian border the landscapes are beginning to change so that one of the valleys got the unofficial name "Mars". 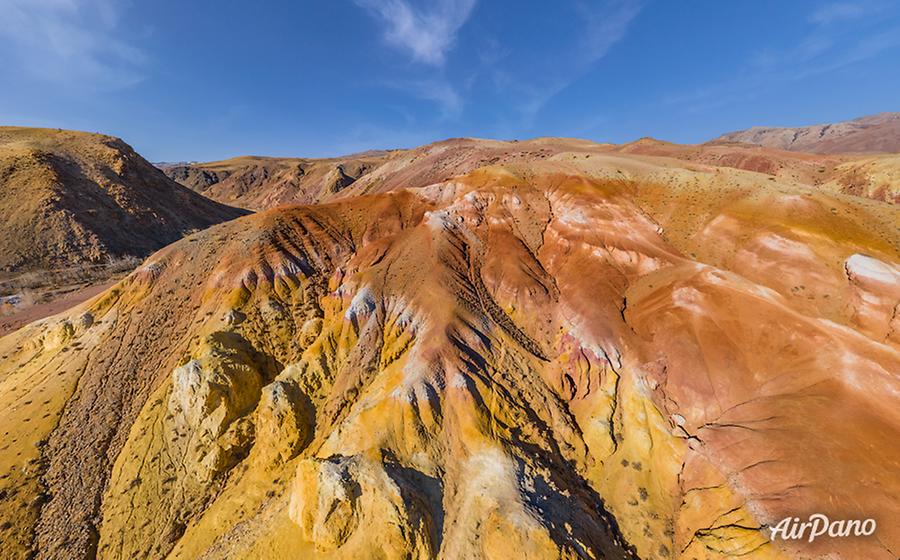 Some absolutely unearthly Martian landscapes had found themselves close to the Chuya Highway (Chuysky Trakt), just between the Chuya and Kuray steppes. The Kyzyl-Chin river with its length of around 20 kilometres flows here, and its valley has the flat colourful mountains laying in layers.

The name "Kyzyl-Chin" is Turkish for the "red gorge". The reddish-brown and green-gold layers formed 300 million years ago through the process of iron oxidation, while the great colourful pallet is explained by the presence of manganese, chromium and other additions. The colourful mountains of Kyzyl-Chin is a valuable trove for a geologist: rutile, quartz, pyrite, marcasite, siderite, chalcedony and other minerals and polymetallic ores can be found here. And all of them have their unique shades of colour. 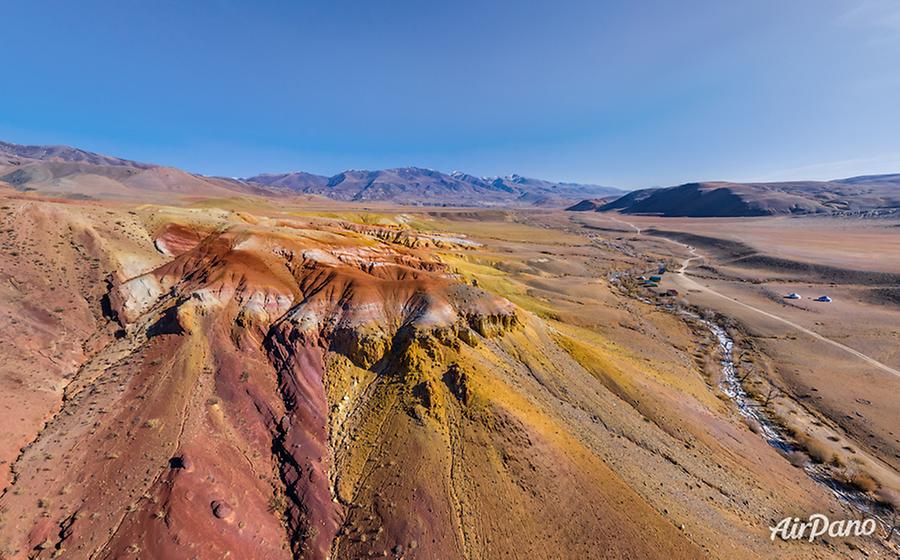 The colourful stripes are arranged almost horizontally. Each layer had formed in its own period of time as a reaction to current climate conditions. The impact of wind and water can be clearly seen on these colourful mountains: the eroded slopes represent almost vertical walls and columns, while the meltwater made its way through them and created different furrows, ravines and other peculiar landforms.

The valley is nominally divided into two zones located at some distance from each other: Mars 1 and Mars 2. The first one is accessible by a car, but to get the second one you have to walk. But AirPano panoramas will give you the opportunity to visit this place without leaving your home!

AirPano team would like to express gratitude to the Saylyugemsky National Park and personally Valentina Semenchenko for help with organisation of shooting the Altai Mountains.