Altai possesses a lot of world-famous places that have been listed as UNESCO World Heritage Sites with, for example, Lake Teletskoye among them. But there are many less known yet even lovelier Altai lakes, such as Lake Chagakel, the largest lake among Saryach?k lakes group which feeds the Saryachek River.

The largest inflow of Lake Teletskoye is the Chulyshman River spanning 240 km. For most of the length, it reveals its turbulent "mountain" nature: it is full of rapids, waterfalls and shallows that don't stop the experienced whitewater lovers. 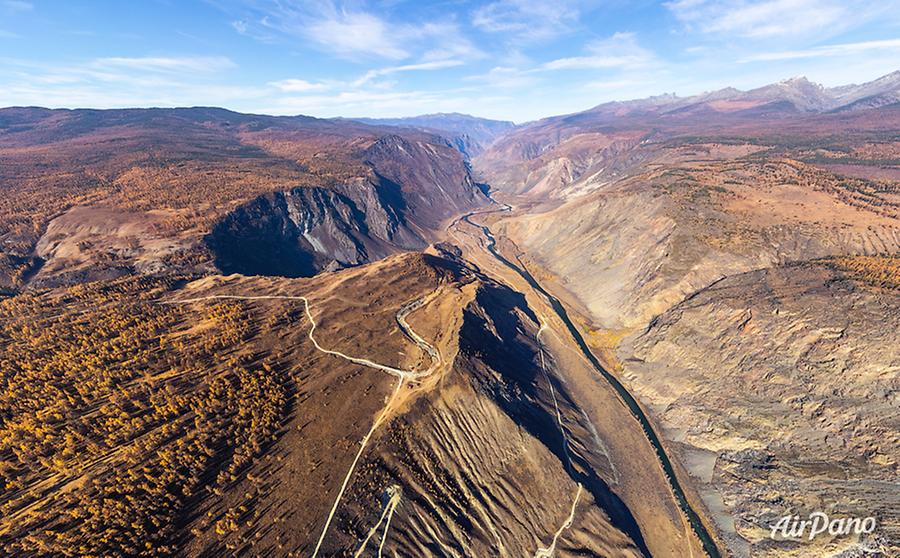 The Chulyshman Valley originates from the upper sources, Lake Julukul, and stretches till flowing into Lake Teletskoye. The riverbed lies in between 500-meters high mountains slopes and curves as a snake. Probably, that was why it was named this way: "cholush" in the Altai language means "criss-cross".

One of the sections of the valley is the area Akkurum which is located 15 km away from Lake Teletskoye on the right bank of the river. One can witness unusual stone formations that had appeared as a result of weathering and water erosion. Some of them are as high as 7 meters! According to scientists, the thin "stems" of these "mushrooms" are formed of soft rocks that are exposed to severe weather conditions, while the "heads" made of harder rock are more resistant to strong winds and were only slightly sharpened. As natural mushrooms, these ones eventually disappear, but new ones appear on their place as the natural geological processes can't be prevented. 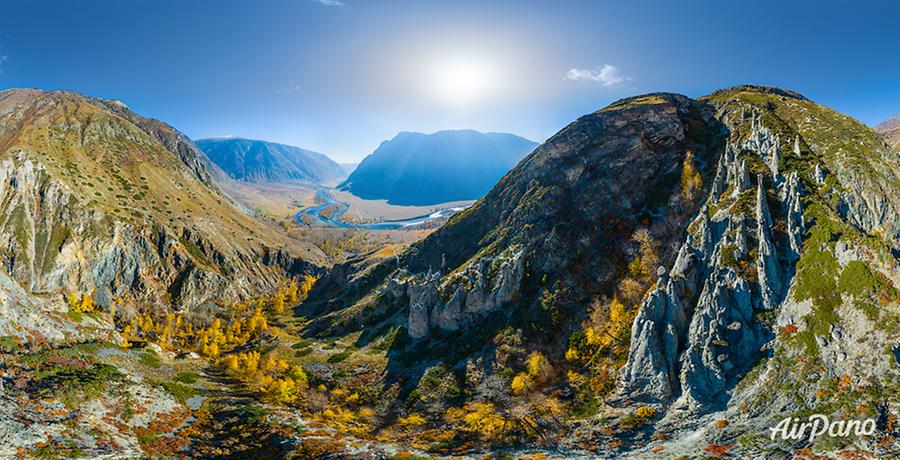 Another great landmark of this area and the most dangerous point is the Katu-Yaryk Pass ("solid crack", "ravine" in the Altai language). The height from the bottom to the observation point is over 1,000 meters. It reveals a breathtaking view of the Chulyshman Valley and surrounding slopes, Karasu (Katu-Yaryk) waterfall and a serpentine-road with nine curves. The descent is very steep: the inclination angle is around 70% (35°), the vertical drop is 900 meters, the overall length is 3,700 meters.

The Katu-Yaruk Pass has the first motorway leading to the Chulyshman Valley. It was created in 1989, and till then local people had used steep horse trails or water routes going through Lake Teletskoye. But even now only a powerful all-terrain vehicle is able to drive across this stony road. 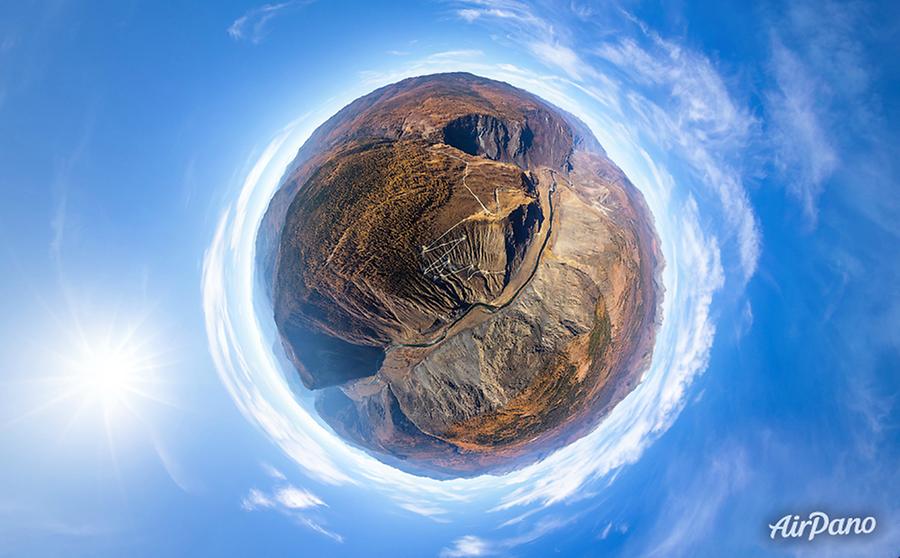 To the south-west of the Katu-Yaryk, there is a mysterious memorial dated the Scythian Age (the Iron Age, 6th to 3rd centuries BC) and called the Pazyryk burials. The barrow-like tomb mounds have immense sizes and measure from 24 to 47 meters in diameter with a height of 1.5 to 3.75 meters. Inside these burial graves, there are wooden chambers with double walls and a ceiling where coffins were stored. The coffins were decorated with ornaments featuring mythical and real beings. Just near these tomb mounds, there is the horse burial that contained up to 14 horse bodies with entire harnessing and armour equipment. 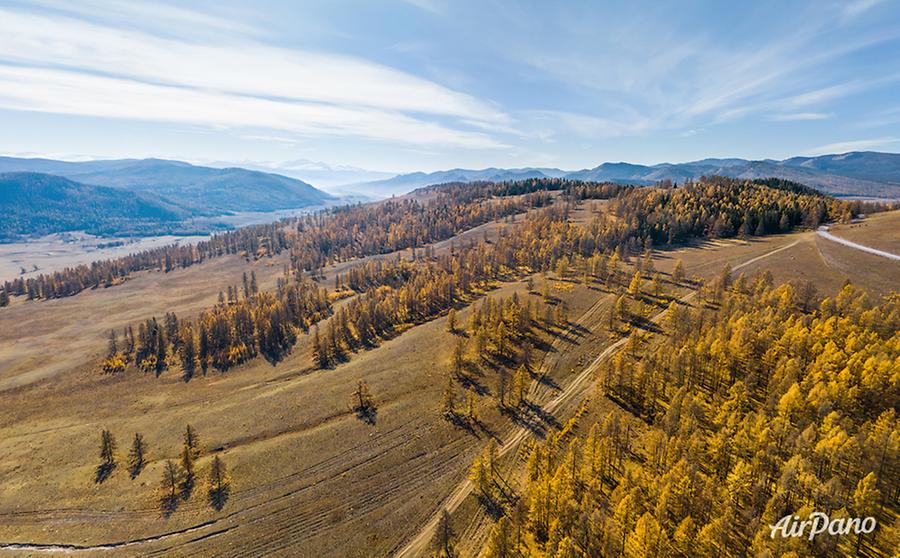 While many of the tombs had already been looted in earlier times, even the remnants that have survived to our time are beyond imagination and impress with their wealth and elegance. That's why the burials were named "royal" ("tsarskiye" in Russian). So admire these outstanding natural and historical landmarks of Altai together with AirPano!

AirPano team would like to express gratitude to the Saylyugemsky National Park and personally Valentina Semenchenko for help with organisation of shooting the Altai.