Photo by Dmitry Moiseenko, Ivan Roslyakov, Stanislav Sedov, Sergey Semenov and Dmitry Chistoprudov, members of the AirPano Team that is a member of the global-geography Consortium.

We present to you the virtual tour, which we have been shooting over the most famous sights of Moscow. Also we created a brief summary "Moscow, the best", which contains 22 panoramas of the most interesting places of the city. For today "Grand tour of Moscow, Russia" is our largest project, it includes 107 panoramas. 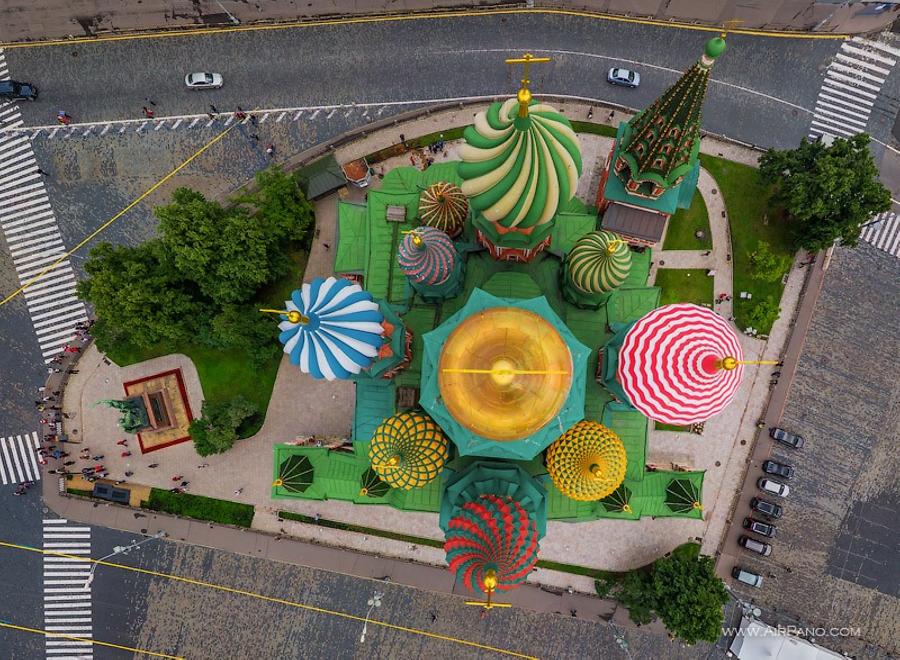 As surprising as it may be, but Moscow, one of the most famous cities in the world, attracts only 5 million tourists a year.

However, the reasons for such low interest in Moscow lies only in technical complexities of organizing the trip to Russia: there are numerous difficulties in getting visa and mysterious Russian weather often frightens sun-loving and demanding travelers.

But those who do make it to the capital of Russia don't get disappointed. Moscow is Europe's largest metropolis with unforgettable atmosphere and unique historical monuments that reflect the history of Russia. 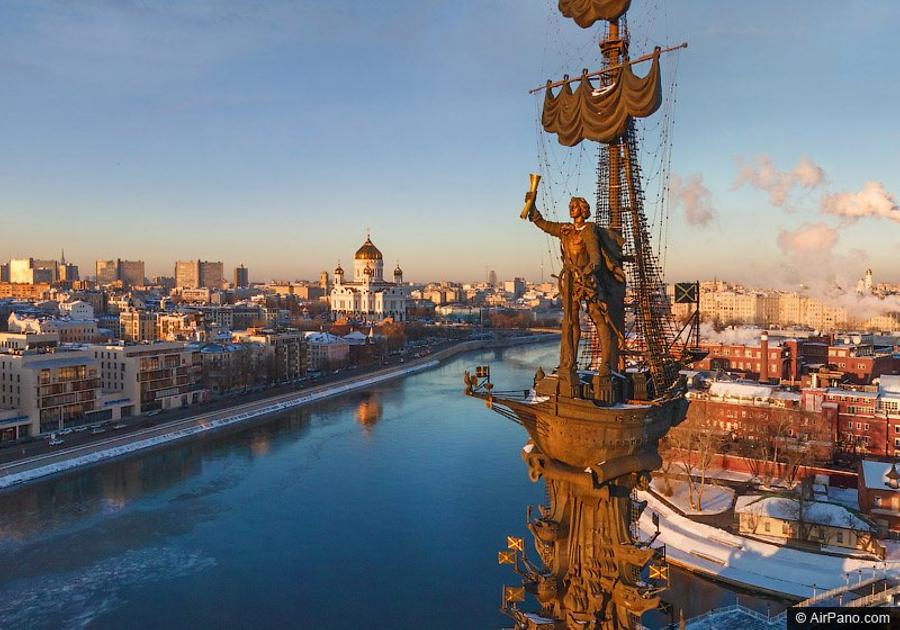 According to the legend Moscow is situated on seven hills. The Kremlin, a settlement around which the modern capital of Russia grew, is situated on one of those hills — the Borovitsky Hill. The first mention of Moscow dates back to year 1147, and since then, for almost nine centuries, the city experienced a myriad of events, and it has been destroyed and rebuilt over and over again. 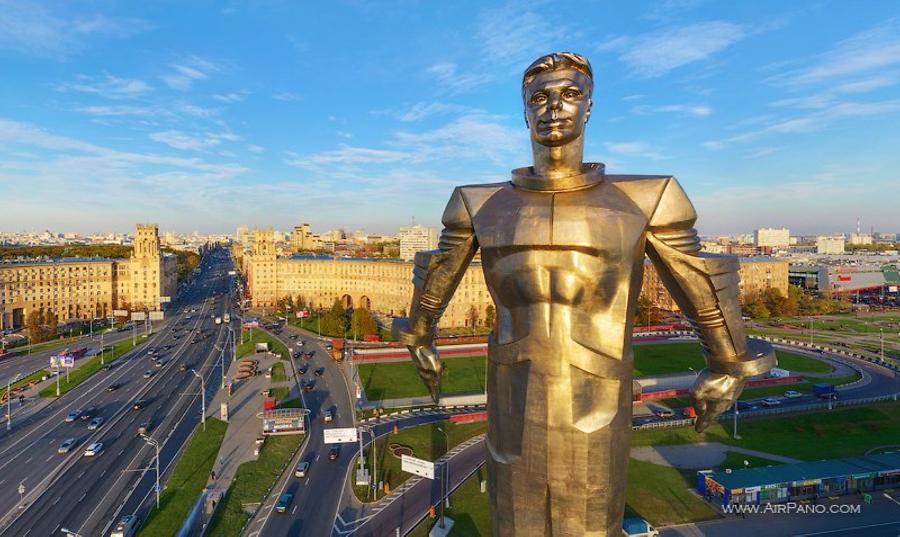 The main attraction of Moscow, the famous Moscow Kremlin, was originally built from wood, but in the 14th century, after being destroyed again, it was rebuilt from a local white stone. It was from that moment on that Moscow was referred to as "Moscow of white stone" ("Moskva belokamennaya"). The walls of the Kremlin were whitewashed long after white stone was replaced with burnt bricks: it was done in the memory of "Moscow of white stone", referring to the glorious part of the city's past. 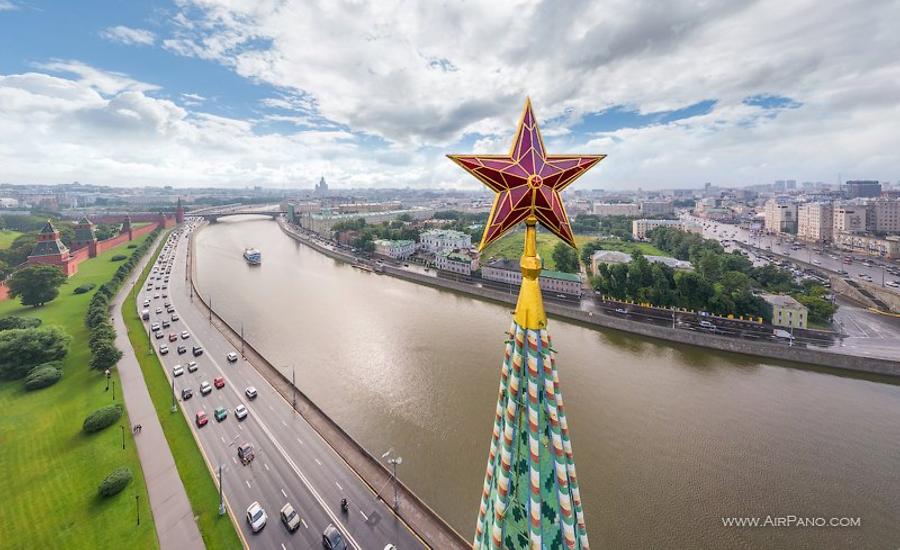 At the beginning of the 16th century "the seven hills settlement" became the capital of the united Russian state, which gave stimulus to its economic and cultural growth. But while all towers and temples in Moscow were built of stone, the city fire destroyed almost all other old houses in 1812, and Moscow had to be rebuilt all over again.

Burned buildings were replaced with new ones, mostly in classical style: it's those buildings, as well as the modern style ones that were built in the end of the 19th century, that are now comprise what is called "the old Moscow". 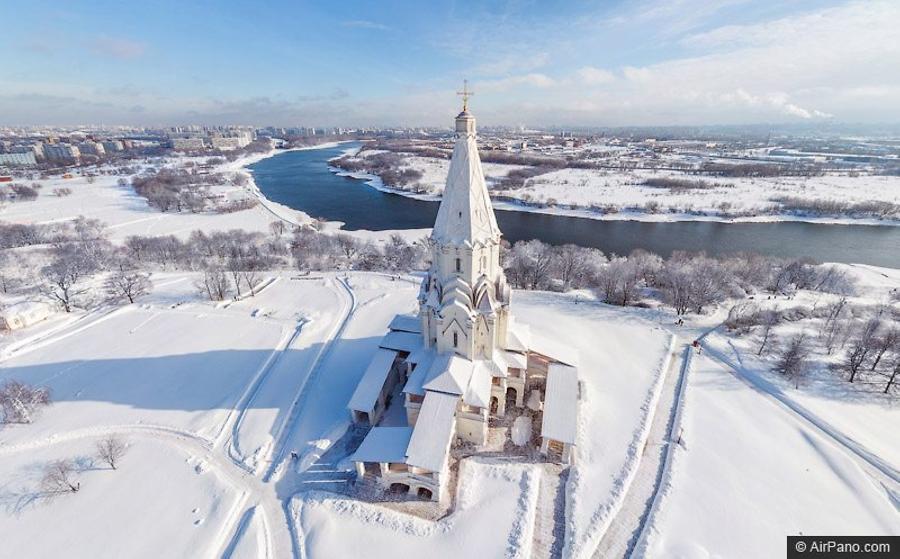 Architecture of the Soviet period has also left a great impact on the face of the city. The Shukhov Tower became one of the first notable sights of Moscow: a hyperboloid structure made from steel mesh shell was very innovative and bold for 1920s. Another notable landmark of the last century is the All-Russian Exhibition Center, one of the 50 largest exhibition centers in the world. 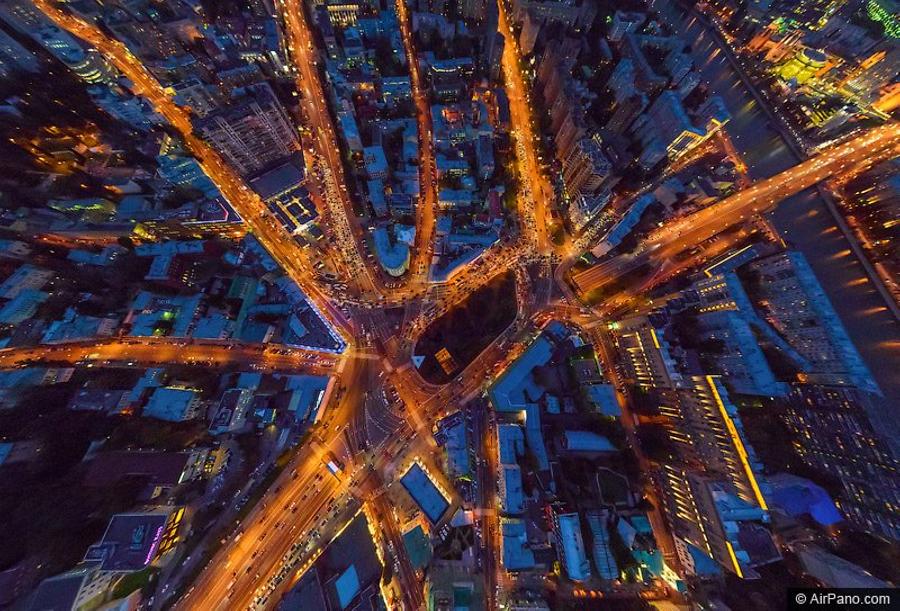 And the most famous buildings are the "Stalinist skyscrapers" — seven high-rise buildings built from the late 1940s to early 1950s. Despite the fact that the idea was taken from American skyscrapers, architects were able to create original architectural solutions, which were later called "Stalin's empire style" or "Soviet monumental classicism". Nowadays these high-rise buildings are considered to be the pinnacle of the post-war Soviet Art Deco style and the most important landmarks that end up on every photo of Moscow. 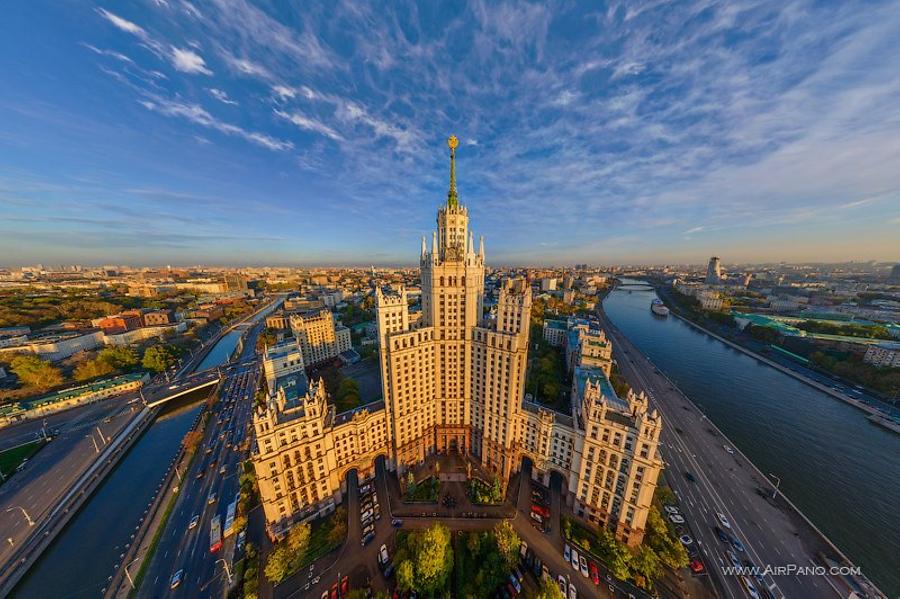 Three of the seven high-rise buildings are located near the famous Garden Ring. It's a circular avenue with circumference of 15.6 kilometers and a width of 70 meters built (paved with asphalt) on top of ancient earth mounds that were used to defend Moscow in the 16th century. 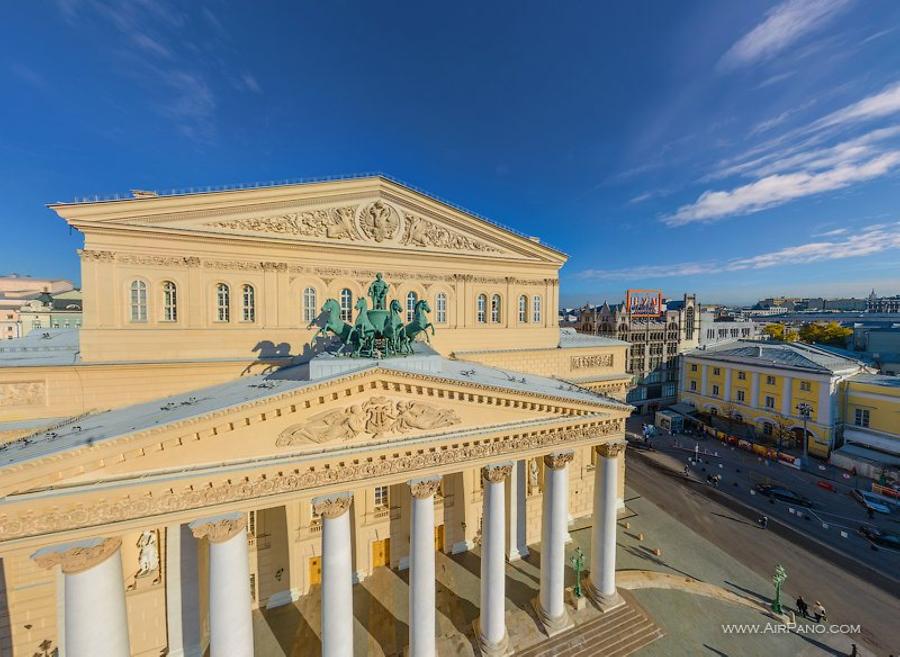 There were more than 130 rivers in Moscow, but now most of them are backfilled. However, the city can offer you very beautiful views of the water: the famous Moskva River, and the smaller Yauza River, Setun River, Shodnya River, Gorodnia River, and many others. 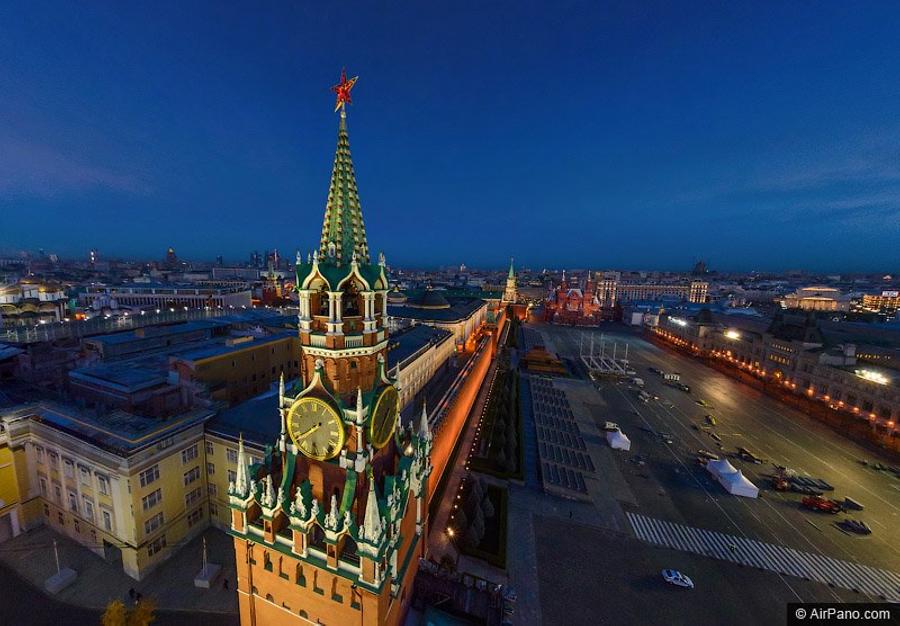 Bridges, just like Moscow's buildings, are unique monuments of Moscow. For example, the Crimean Bridge built in 1938 was the first of the six European bridges that is 168 meters in length. There is also the famous Borodinsky Bridge built to commemorate the Battle of Borodino. Among the most interesting modern bridges is Zhivopisny Bridge in Serebryany Bor, which has no analogues in the world. Its pylon has a form of a huge arch structure spanning from one river bank to the other at acute angle. 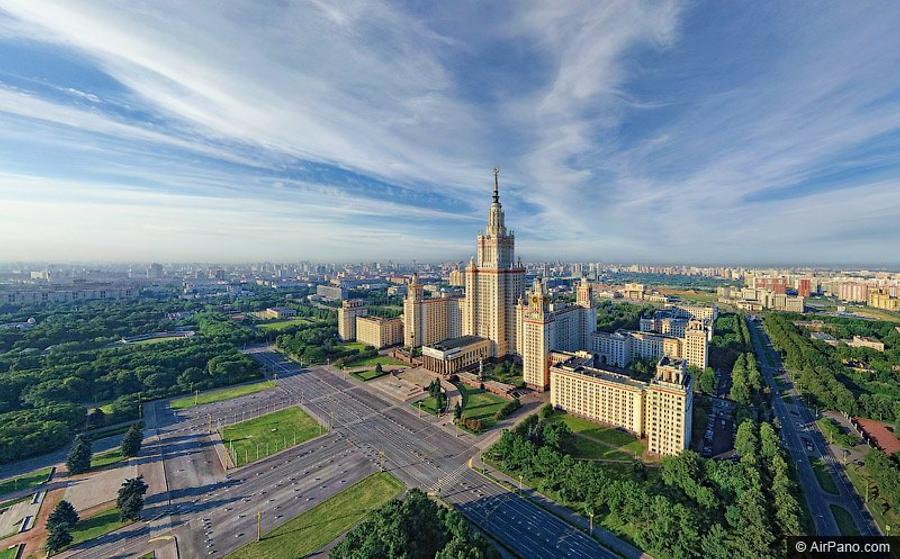 In 1990s the Victory Park was opened on Poklonnaya Hill to commemorate the Great Patriotic War (1941-1945). The park consists of several churches of different denominations, museums, monuments, a huge collection of military equipment, and 1418 fountains (1418 refers to number of days the war continued), which turn dark crimson during the night. 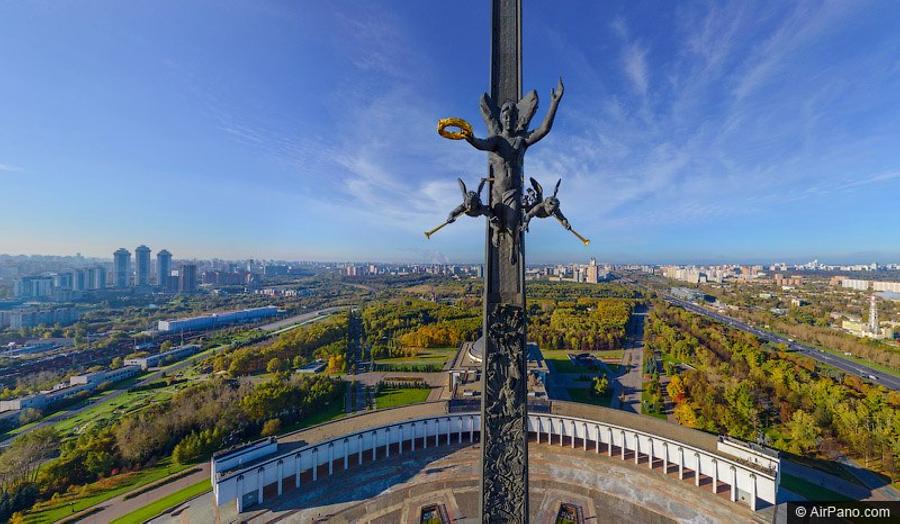 Stele «Nike» on the Poklonnaya Hill

Even the shortest list of all historical landmarks and sights in Moscow will take more than one page. Moscow is a huge metropolitan city spread over an area of 2,500 square kilometers. It has numerous river and parks, narrow streets and big highways, cozy homes in classical style and cold skyscrapers. Each period gave Moscow something new: in 1940s the city was surrounded by a ring road (MKAD), in 1950s the capital saw the opening of the Olympic complex Luzhniki, in 1960s Ostankino TV tower was built in Moscow, in 1990s the largest business center called Moscow-City was built. 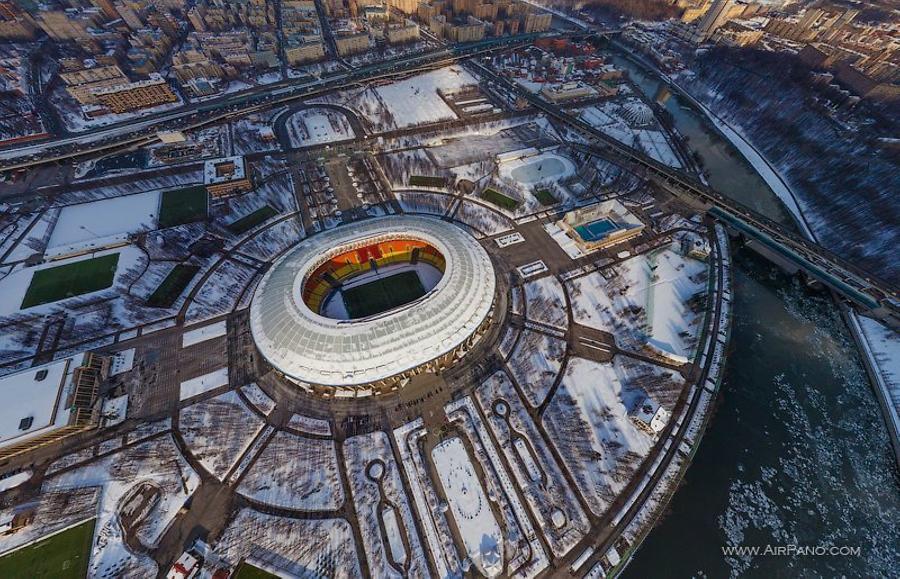 Moscow is the case where you just can't describe everything, and as they say, "A picture is worth a thousand words". AirPano team proudly presents panorama of Moscow, the city whose history is inextricably linked with the history of our country, and whose monuments refer to all areas of Russian culture and architecture.