After the independence of Pakistan in 1947, Karachi served as the country's capital city for many years. It was in 1960 during the era of General Ayub Khan that he decided to shift the capital to Islamabad which was at that time just a rugged, hilly area.

During the time that Islamabad was built in the 1960s, Rawalpindi (twin city of Islamabad) served as the capital city.

Islamabad was the first city in Pakistan to be built according to a master plan. The Greek architect Constantinos A.Doxiadis served as the lead architect of the project. The city's master plan divides it into 8 zones including administrative, diplomatic enclave, residential areas, educational sectors, industrial sectors, commercial areas, and rural and green areas. The city is known for its parks and forests, including Margalla Hills National Park where Rawal Lake is situated. This year(2017) Islamabad is celebrating its Golden Jubilee (50 years).

Rawal Lake is an artificial reservoir built on the Korang River,Islamabad which runs from the Margalla Hills. It was built in 1962 by the Punjab Government to cater the need for water shortage in the area. Today, Punjab Irrigation Department’s Small Dams Organisation (SDO) still manages the water levels, spillways and other relevant technical aspects of the Rawal Dam.

It covers an area of 8.8 square km and a maximum depth of 102ft(31m). It is located in the area of Margalla Hills National Park. It covers the needs for water in the cities of Islamabad and Rawalpindi along with being a popular tourist spot in the city. Also it has helped to maintain Islamabad's underground water level and environment friendly atmosphere.

Rawal Dam is a small sized dam constructed on Korang River which serves the need for irrigation and water reservoir. The dam is made of stone masonry with crest level at 1742 ft(531 m) and crest length of 700 ft(210m). The maximum height of the dam is 133.5 ft. It is able to command an agricultural area of 500 acres (2 square km) 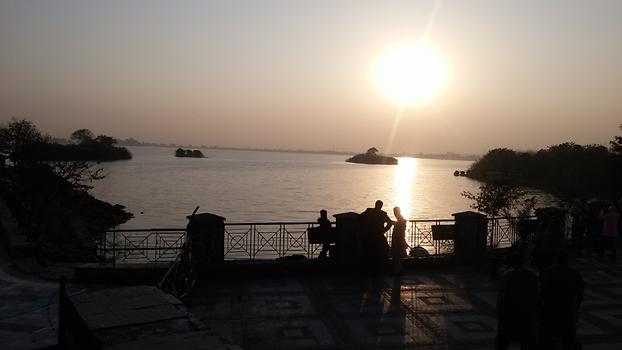 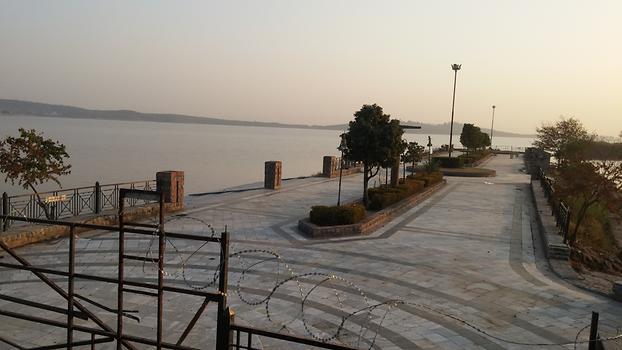 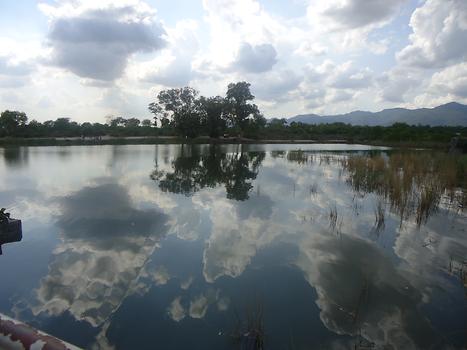 Lake View Park is a recreational area and wildlife spot located along the Rawal Lake on Murree Road,Islamabad. It was built by Capital Development Authority (CDA) to provide a healthy spot for the increasing number of tourists who wished to visit Rawal lake.

The park is an amusement place of international standards offering services like picnic area including dedicated Bar B Q spots with grills, adventure sports like wall(rock) climbing, quad bikes in F1 Tracks, boating, fishing, fancy bird aviary, train rides, restaurants and much more. There is a zoo for rare species of birds which is a major attraction of the area.

A restaurant named 'Dera'offers food and refreshment to visitors. CDA has paid particular attention to maintain the park by allocating hundreds of workers in different sections including gardeners, security guards, sanitary workers and other management staff. 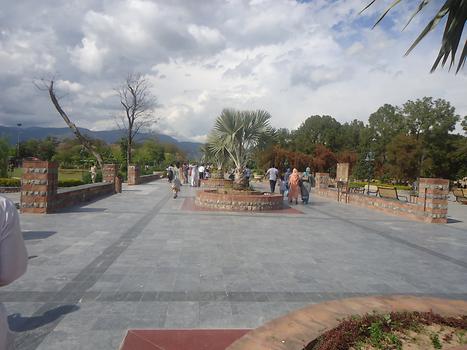 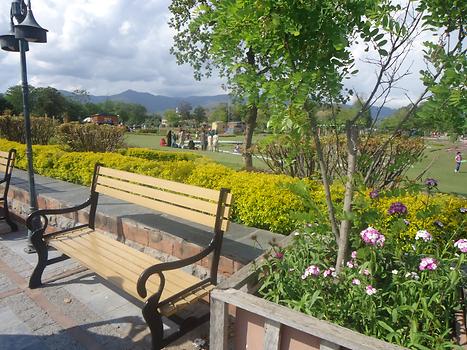 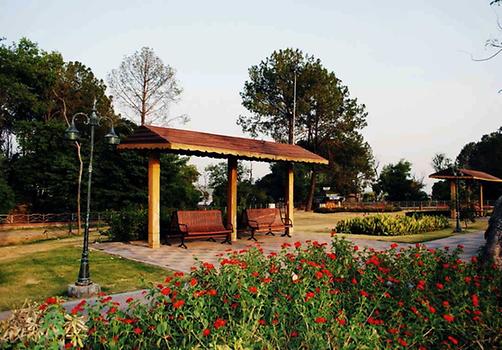 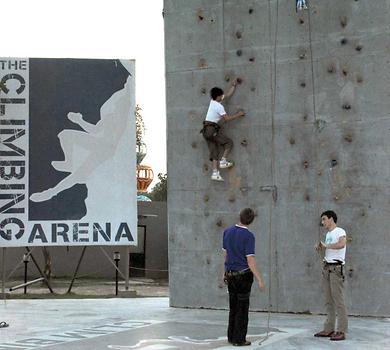 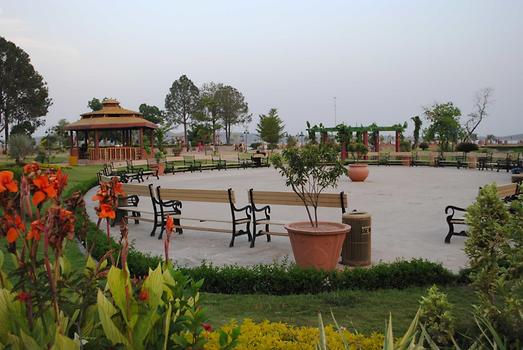 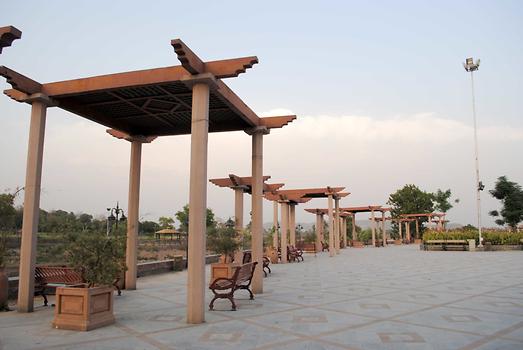 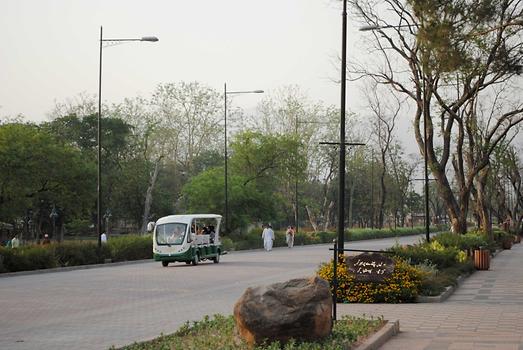 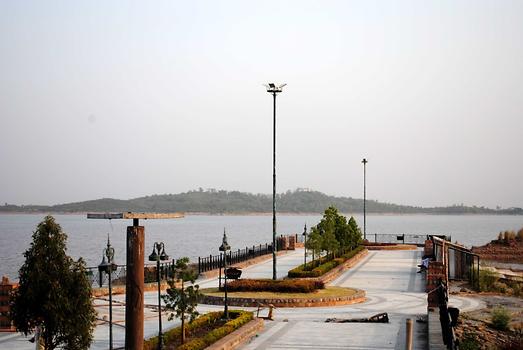 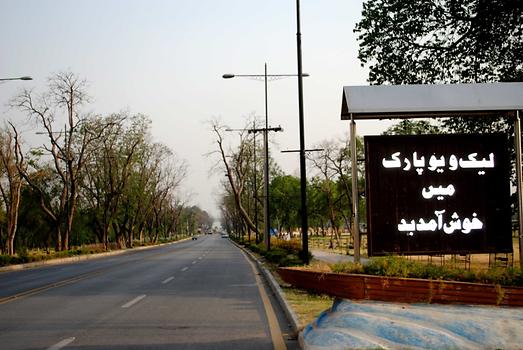 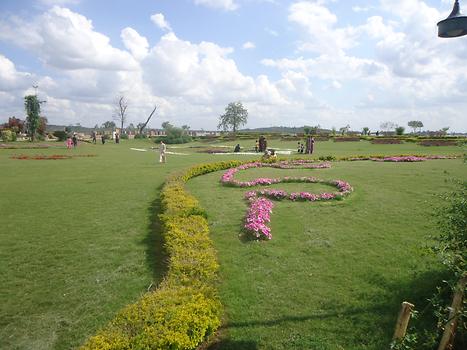 Pakistan has a large number of lakes, both natural and man-made. There are around 45 natural lakes and about 15 artificial or man made lakes throughout the country. The largest lake in Pakistan is the Manchar Lake which covers an area of 100 square miles making it the largest lake in South Asia. A recent addition to the list is Attabad Lake which was formed due to a massive landslide in the Hunza valley in January 2010. It is a fairly large lake, having 21 km of length and 110m of depth. Other famous lakes in Pakistan include Saif ul Mulook, Haleji lake, Banjosa lake, Khanpur lake and many more.

Lake Saif ul Mulook is probaby the most famous of all. It has a fairy tale associated with it which tells the story of the prince of Persia named Shahzada Saif Ul Malook who fell in love with a fairy princess named Shehzadi Badri Jamala at the lake. The impact of the lake’s charm is so intense that many people believe fairies come down to this lake in full moon. 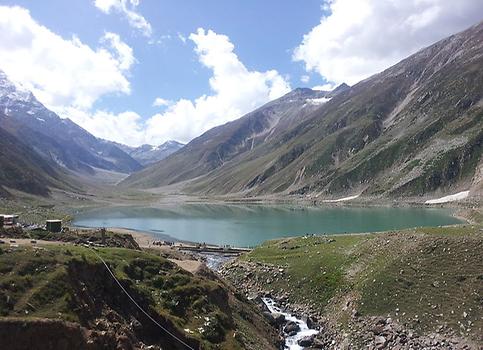 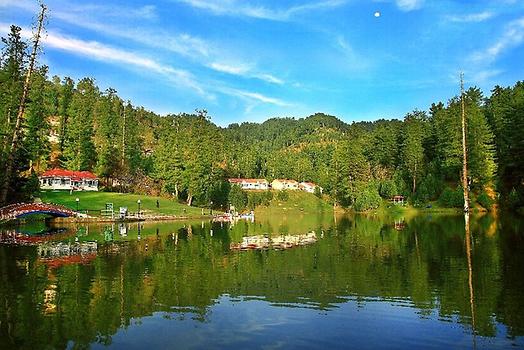