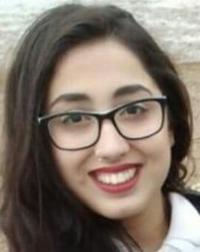 GW (Global warming), as we all are aware of, is a worldwide phenomenon. We also know that several conferences have taken place as well as agreements signed to combat the nuisance of gaseous emissions that are the major causes of GW. We are well aware of the escalating threat. However, are we taking the bull by its horns? Despite having the treasure of knowledge and awareness, are we, as humans in general and as citizens of Pakistan in particular, putting in enough effort to be able to achieve a “cleaner and greener” world? Are we, as a nation, striving towards the prosperity of our motherland? Are we leaving behind a better world for the generations to come? To be able to answer these questions, we need to have a better insight into the major issues we are already facing which may have devastating consequences if not looked upon by authorities and commoners. For instance, Karachi, which once was a sight for sore eyes, now exists amidst chaos and tragedy due to the severe flooding during this year’s record-breaking rainfall.

Sure, 2020 has brought bad omen across the world. Yet, is it really just the year that has brought us hard luck, or is it the constant ignorance of our policymakers and the people as a whole that brought this country to where it stands right now? Let us dig a little deeper into the current major issue of Pakistan. Recently, Sind and other parts of the country have experienced extreme weather changes leading to excessive rainfall. Of all cities, Karachi remains to be the most severely affected. Muhammad Riaz, the Director-General of PMD (Pakistan’s Meteorological Department), quotes, “Normal rainfall in Karachi in the month of August is 68 millimeters (6.8 centimeters). This year, we have recorded 587.5 millimeters (58.75 centimeters) so far”. In warmer temperatures, the clouds hold more water vapors which once fully laden, pour vigorously upon the face of the Earth. Hence, Pakistan is facing heavy rainfall and is drastically being affected by this phenomenon. The immense and continuous rainfall led to the flooding of most parts of the city causing several casualties. An unfathomable number of homes, shops, and infrastructure have been completely shattered. The consequences are something that we witness on television or social media sitting in the comfort of our homes. However, what we fail to acknowledge, is the gravity of the issue. Catastrophes are not spontaneous. They are, in fact, the result of years of reoccurring imbalances in the environment. The changing weather patterns in Pakistan are a sign of a deteriorating environment and its resources. The release of major GHG (Green House Gases), mainly Carbon Dioxide, Methane and Nitrous Oxide etcetera contributes to GW the heaviest. Pakistan, despite contributing to GW in very trace amounts (less than 1%), is one of the major countries prone to the adverse effects of CC (Climate Change). This GHG trap the thermal Infrared radiations and prevent them from escaping the Earth. Instead, the gases trap the heat and form a hot layer in the Earth’s atmosphere.

Another impact of GW is that the rising temperatures eventually cause CC that is leading to rapid Glacial Melting in Pakistan. Luckily, Pakistan, after the Polar Regions, has the highest amount of glaciers situated in the world. About a decade or two ago, Pakistan’s glaciers were receiving an ample amount of snowfall on the icy mountains. Hesper, Biafo, Siachen, and Baltoro are among the world’s biggest glaciers. This snowy treasure is the major store of freshwater in Pakistan. They provide an unmatched beauty to a region that intrigues the tourists and locals whilst simultaneously helping irrigate the land for agricultural activities by forming freshwater bodies. Most glaciers are situated in the Northern regions of Gilgit Baltistan and Khyber Pakhtunkhwa. However, the rising temperatures are causing a lot of these glaciers to melt at an alarming rate. The rapid melting is causing water overflow in the neighboring Northern areas and eventually reaching areas of Punjab and Sind. Nearby cities remain vulnerable to heavy flooding from glacial melting, especially in summers. According to a survey from 1992-2001, since 1989, the Siachen glacier has lost 17% of its ice mass whereas the Biafo glacier has a depleted area of about 9%. Moreover, under a recent study by the ICIMOD (International Centre for Integrated Mountain Development), one-third of Asian glaciers are at great risk of Glacial Melting due to CC. The Hindu Kush range is also experiencing a rapid rise in temperature. Hypothetically speaking, if the temperature in the Hindu Kush range rises by 1.5°C, about 36% of glaciers will be melted within 80-100 years. This will have devastating effects on the low-laying population as the water overflow is destructive to crops, houses, roads as well as wildlife. 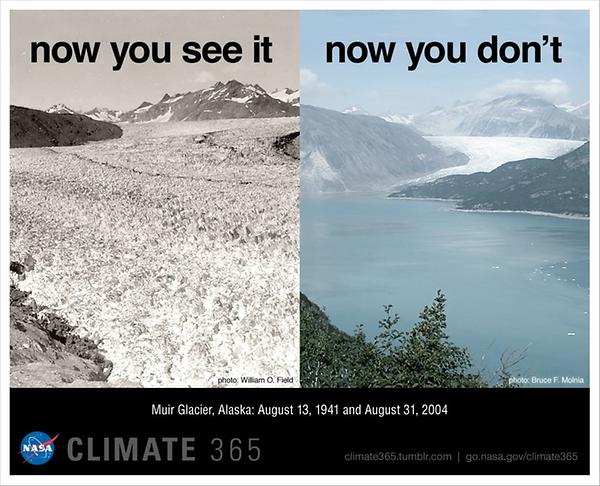 Aisha Khan of the CSCCC (Civil Society Coalition for Climate Change), is concerned about the rapid rate of melting glaciers and points out, “The impacts are catastrophic”. They are indeed disastrous such that, the accelerated melting of ice poses a great threat to the livelihoods of many. The heavy flooding erodes the soil upon which it flows; the harsh waters carry away all the nutrients, resulting in damaged soil thus leading to insufficient crop growth. Unfortunately, Pakistan, as a nation has been unsuccessful in building enough dams to store the precious water. Because of this very reason, water keeps moving downhill and eventually hits populous areas causing calamities. Downstream cities are also threatened as the disaster management systems are weak and not proactive enough.

What awaits Pakistan is a question worth pondering upon. The steps taken by authorities and individuals will determine Pakistan’s future and reputation in foreign affairs. Several major threats await our country if the water crisis is not taken care of. If GW continues at the current rate for the next few years, Pakistan will be completely deprived of its major economic contributing sources (ticking Time Bomb..). Floods are very destructive to crops, which will have immediate impacts on the economy of Pakistan as it is an agro-based country and earns most of its revenue from agriculture. Pakistan already does not hold a strong position in foreign matters, therefore deteriorating the economy will further weaken its roots. According to Global Hunger Index, Pakistan is ranked 106 out of 119 countries. One of the most malnourished regions in Pakistan is Tharparkar, Sind where the inhabitants are only dependent upon seasonal rainfall. Due to GW, the changing weather patterns will severely disturb the already deprived lifestyle of the population in Sindh. Loss of rainfall in warm regions will lead to severe drought and thus famine in near future.

The fact that there are no proper reservoirs to store excess water is an alarming situation across the country. India violated the terms of the Indus Water Treaty by building dams on Pakistan’s rivers limiting the water flow into our country. This brings us to the only solution of building dams and reservoirs to protect and store what is already ours and raise awareness of the ongoing situation. Pakistan is facing acute water shortages and is believed to run dry by 2025 according to recent studies (ticking Time Bomb..). According to Michael Kugelman, a South Asia expert at the Washington-based Woodrow Wilson Center, Pakistan’s groundwater supply is being seriously depleted and the authorities seem unbothered by this situation. If this problem is not countered, Pakistan may as well fall short of drinking water which will have a negative impact on the economy and the lives of its inhabitants. Fortunately, Pakistan now has a Prime Minister, who is well aware of this alarming situation. Recently PM Imran Khan addressed the fourth Austrian World Summit 2020 in Vienna via video-link and expressed his concern on CC and its future impacts. He correlated some of the world’s major catastrophes such as the widespread Australian fires (and currently California fires), hurricanes etcetera to the ongoing Climate Changes globally. “If the world does not take notice now, I am afraid we will be endangering our future generations”, he warned the world. Furthermore, a plan is devised to plant as many as 10 billion trees in Pakistan to contribute Pakistan’s share to counter the current phenomenon of GW.

The question remains, how do we prevent Pakistan from being one of the target countries of global warming? Also, what solutions can be brought up to clean the chaos that has already been brought to our country? How do we protect Pakistan from running completely dry of freshwater?

Firstly, the blame game needs to stop. “It is time to join hands to fight the Climate Change”, PM Imran Khan urges in the Austrian Summit. Unity requires basic knowledge of the issue. Ignorance needs to end by spreading awareness of the problems and their future consequences. Awareness cannot only be spread by government authorities but also by private organizations that thrive for a better environment.

Secondly, determination. A well-aware individual without the urge and determination to make a positive change brings no good to society. In order to bear the fruit of victory, one has to struggle and run from pillar to post to help their nation thrive.

Thirdly, pollution at local levels must be controlled in order to keep GW at bay. The industries causing pollution must be provided with emission limits. In case of limit violation, the industries must be ready to pay heavy fines or the prices required to control the emission caused by that industry. Accountability needs to be taken.

Lastly, Pakistan is in dire need of new dams to be able to store the excess water. Currently, Pakistan’s dams can store water for up to 36 days which is alarmingly low and strategically very risky as compared to 130 days in some of our neighboring countries. Since 1960, only two major dams have been built in Pakistan, Tarbela and Mangla Dam. Their storage capacity has greatly deteriorated due to a silting problem. The construction of dams and reservoirs remains to be the indispensable projects for Pakistan as it will help with the flooding and water crisis situation in the country. If the policymakers continue to turn a blind eye towards this crisis, our motherland will soon become water-starved and its inhabitants will either pack up or leave or will die of starvation and thirst (ticking Time Bomb..).

Water is essential to life and without it, the country will undoubtedly collapse.

The writer is an Islamabad based Environmental Scientist & Activist and can be approached at: emyy2k@gmail.com