Carrying heavy loads with shoulders and muscle power in Nepal#

An ancient proverb says that a wise man carries everything he needs with him: Philosophus omnia sua secum portans. This includes the intellect in his head with all his knowledge, his insights and the teachings deduced therefrom. But does this also apply when he happens to travel to spread his wisdom only from Corinth to Athens just for the purpose of philosophy in the Stoa poikilé, showing his love of sience? He would then only need a small basket filled with a couple of figs, some cheese and a few pieces of bread.

You can carry something in your hand, on your arm or on your back. You can carry just with your hands or with a container. It should be light enough that it is literally speaking still bearable. You can also bear something in the figurative sense, namely in the heart, be it hard or easy to bear. If a feeling or an emotional burden overwhelm us, it is also unbearable.

In man yparts of the world especially women carry loads on their head in order to distribute the load evenly. However, they often use small cushions which are called in Austria Tragriedls (carrying cushions). In former times even peasant girls owed their royal (very straight and upright) way of walking to this kind of carrying. We can see it typically in India or Nepal, where women still carry loads on their head.

Draging usually means that we pull something behind us, either a load or a stubborn donkey. “It is a drag” is also the term for a special (usually unpleasant) effort. Already legionaries in ancient Rome had to carry their weapons, equipment, additionally food, tools and spare clothes with them. In grim humor they named themselves Marius' mules ( Muli mariani), after the great organizer of Rome's military power.

Note: The German play of words in the original essay: “Man kann nicht alles auf die leichte Schulter nehmen” does not make sense when translated word by word into „one cannot take all on the light shoulder” but means “one cannot take everything lightly”. The tranbslation of this essay from German into English was indeed a Herculean effort, since it thrives in German from many plays of words. It is a surprise that the translation works as well as it does.

Nowadays a large part of mankind lives more comfortably. This process has started very early. The hunters and gatherers had to carry tools, weapons and food. Loads were distributed. Useless stuff would not be carried. They had developed skills to pull something with little extra weight. It took countless thousands of years until humans as nomads started to domesticate animals, such as horses or donkeys, oxes or sheep, helping to carry loads. Pack animals, often also carrying humans, brought a new quality of moving around and became an important part of human „carrying activities“. And then came the wheel, allowing the invention of barrows, carts and such, making it easier to transport with the help of animal power property, goods and the family. We don't want to talk about steam engines and cars and huge loads, let alone what now can be transported through the air!

Despite of this all, our generation today, already quite technologically matured, is aware of the fact that even in the age of machines some heavy things have to be moved by muscle power.

The Austrian actor Hans Moser asked an unforgettable question to both a heavy suitcase (!) and his helper when he played the role of a “Dienstmann” (a word hard to translate since it somewhere between a service man and a butler): Wie nehmen wir ihn auf, How shall we lift it? The question was asked in Austrian dialect, called „krowatisch“. It became famous also because of Moser’s dialect and it is the reason why the social class and the skills of “Dienstmann” have not been completely forgotten.

At that time at railway stations you could hear people shouting: Porter! Porter. They called for a real human being, living from carrying suitcases from the train to the next available means of transport. There were no escalators and elevators in those days, of course. This, too, is mostly history, yet at many airports there are still persons (porters) willing to carry your luggage for a fee.

Despite the progress that has spread around the world, there are countries where muscle power is still cheaper than any means of transport. Nepal is one of them. We have heard of the legendary carrying capacities of Sherpas, carrying loads for fanatical climbers to the highest peaks of the Himalaya. But even in the cities and villages of Nepal, you can observe what is being carried on the back. Look at the amazing pictures below!

The pictures were taken by the author Mr. Jontes from 1974 to 2015 and are part of his archive, often called „Archive Picture Flood“. 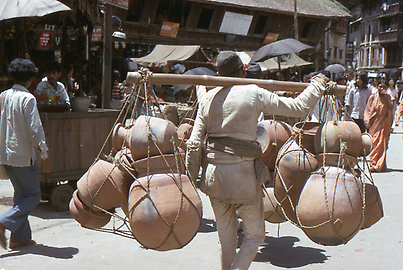 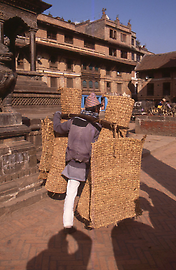 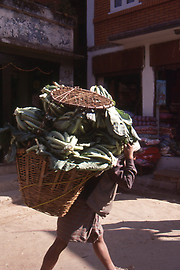 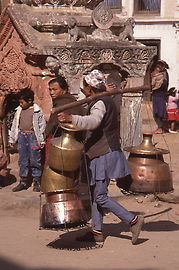 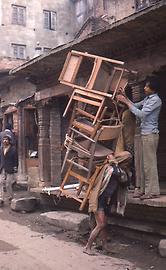 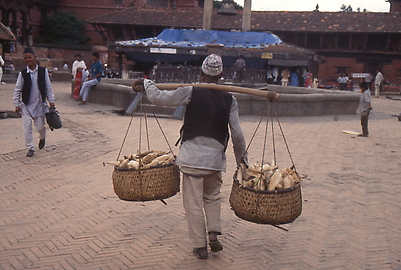 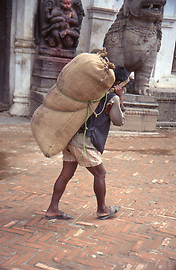 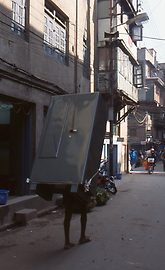 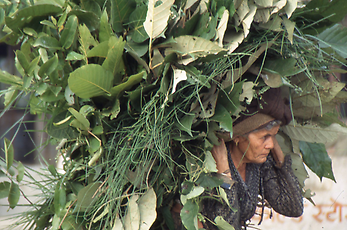 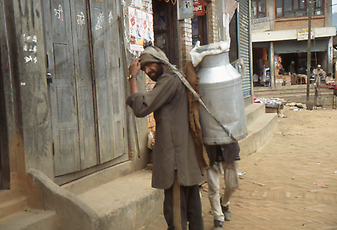 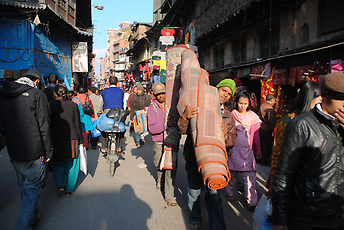 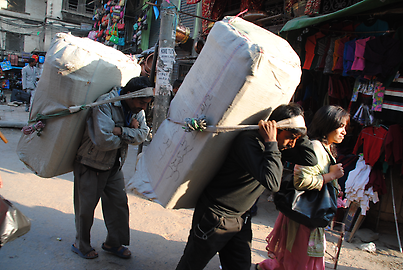 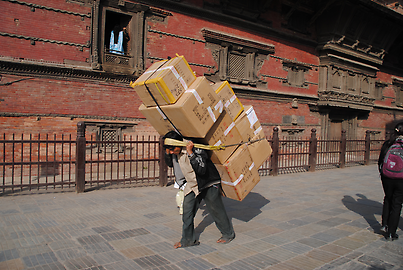