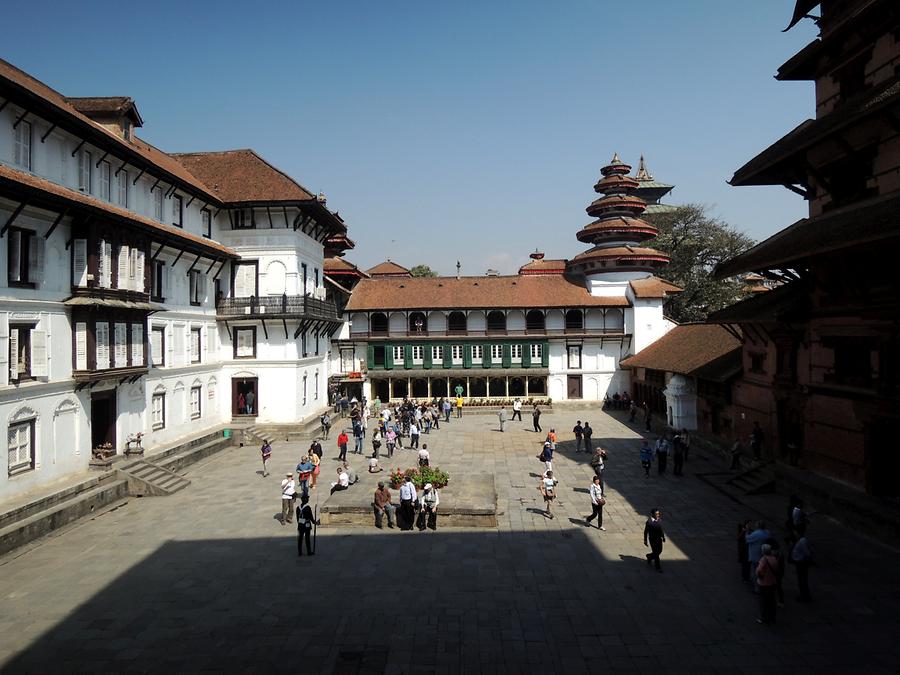 King Birendra was crowned on the platform in the middle of the yard.

He reigned until his death in the 2001 Nepalese royal massacre.