Many of the world's resorts offer their visitors the pristine purity, coral reefs and snow-white beaches, but the best one among them is the Maldives archipelago. Being spread over roughly 90,000 square kilometres, the Maldives has only around 1% of the land territory — 298 square kilometres, and among country's 1,190 islands only 185 are inhabited. 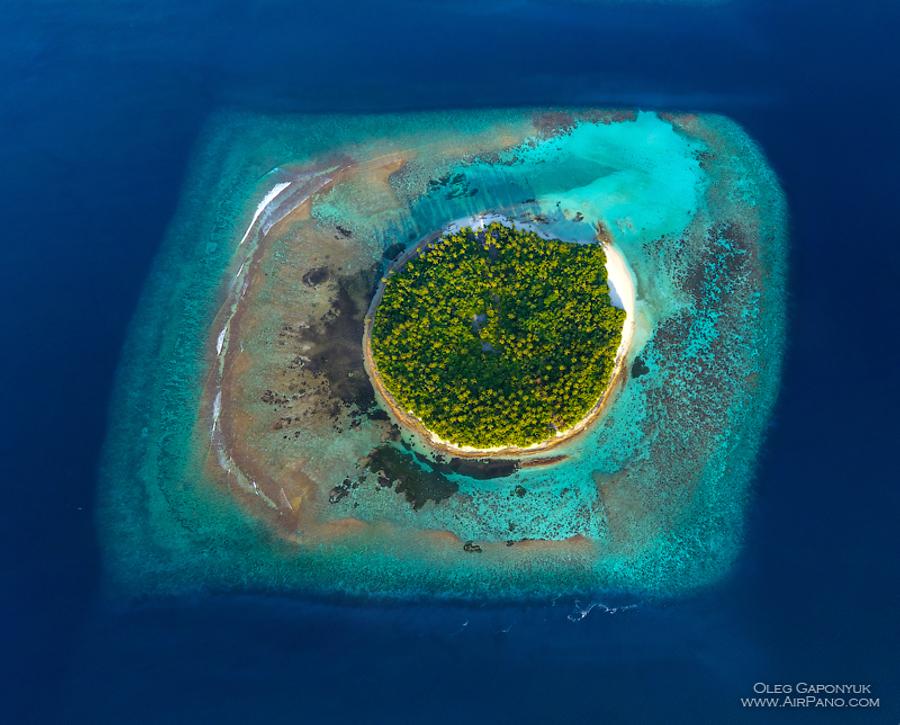 Southern Maldives - Above the Munandhoo Island

One of the most interesting places of the archipelago is Huvadhu Atoll — the second largest atoll of the country and the 10th largest atoll in the world. Considering that its total area is 3,152 square kilometres, the land comprises only 38.5 square kilometres. The complicated administrative structure of the Maldives resulted in the division of the atoll into Gaafu Alifu (Northern Huvadhu Atoll) and Gaafu Dhaalu (Southern Huvadhu Atoll). The first one consists of 82 islands, the second one — of 152.

AirPano team has already visited some of them. Namely, Villingili, Falhumaafushi, Nilandhoo, Dhaandhoo, Kondey, Dhiyadhoo and several even tinier islets of Gaafu Alifu, and Gaddhoo island of Gaafu Dhaalu Atoll. As in almost any place in the Maldives, the water area of these islands represents a rich marine biodiversity, while the land area is full of the abundant tropical vegetation. Coral reefs are full of exotic fish, and even dolphins and other marine inhabitants often come here. 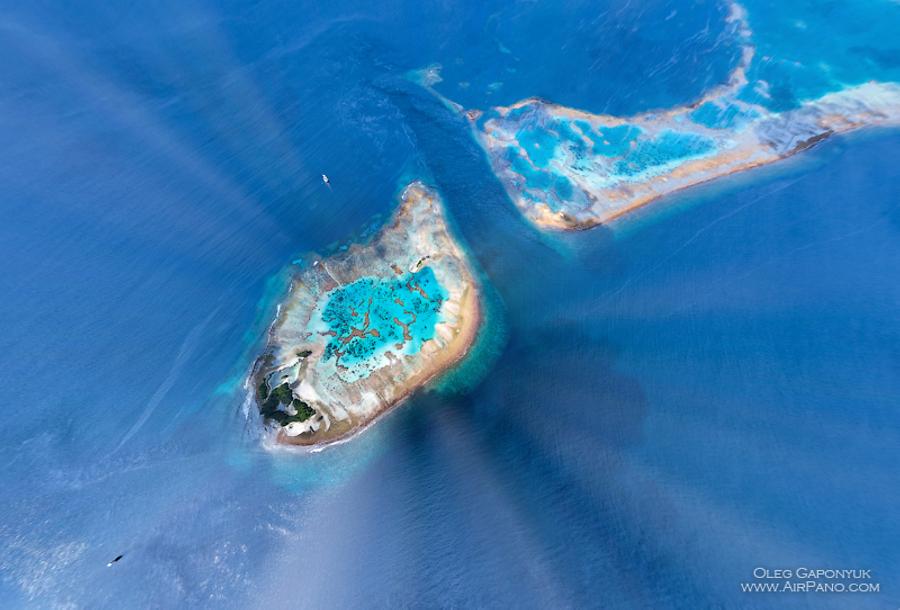 Southern Maldives - Over the coral reef

About 65 kilometres south of Gaddhoo there is one more beautiful atoll, it is called Gnaviyani. From the inside, it is fully filled with corals which form Fuvahmulah island. Its width is slightly more than 2 kilometres, its length is around 7 kilometres, and it is the only island of the atoll. The proximity to the equator has created the special climate so that it has fresh lakes and marshy lands. The fauna of the atoll is unique, as well: many of the local animals, birds and fish are endemic, meaning they exist only in this particular area. 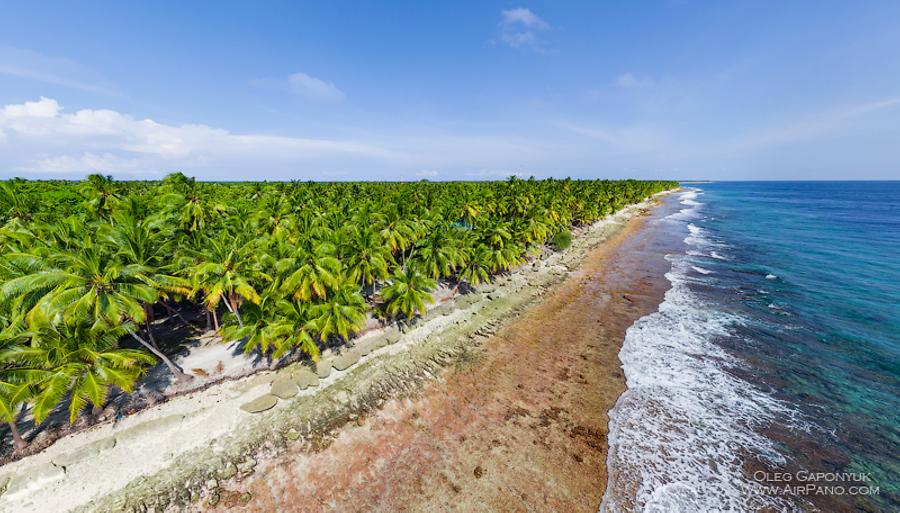 One more specific feature of Gnaviyani, comparing to other islands of the Maldives, is the fertile soil which makes it possible to grow different fruit and vegetables. Local sorts of oranges and pineapples have no equals in the whole world. As for the production of mango, Fuvahmulah confidently holds the first place in this field among all other islands of the Maldives. 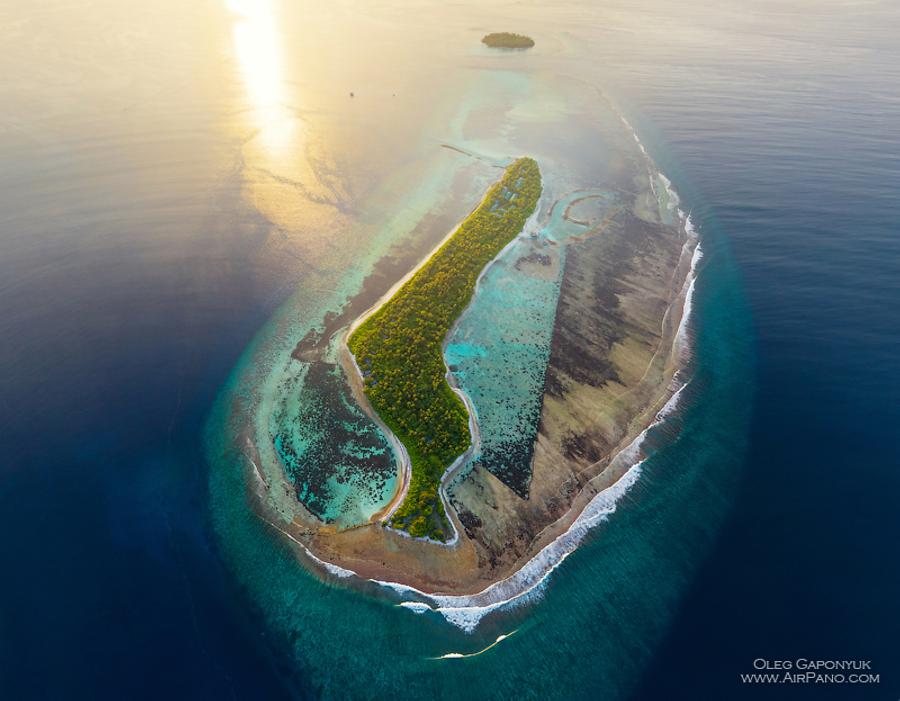 Southern Maldives - Above the Mahaddhoo Island

14 thousand inhabitants of the island are occupied not only by the agriculture, but they are also involved in the tourism activity. Among the sights that attract people from all over the world, there is the whitest beach Thoondu, which is protected by the state. On that beach, one can find small round pebbles that stay sparkling even after getting dry. It is the only place having this kind of stones, so tourists are eager to take them home as souvenirs. In addition to that, a unique natural phenomenon sometimes occurs here: it is called Bissaaveli, and it forms when part of the sand of the beach moves away from the shore towards the edge of the reef, thus creating a lagoon which is popular among tourists and locals. And, finally, the coast of the other part of the island is covered by black gravel, which is very rare for the Maldives.

The panoramas of AirPano will help you to become better acquainted with all these different, but still astonishing islands of the Maldives archipelago. 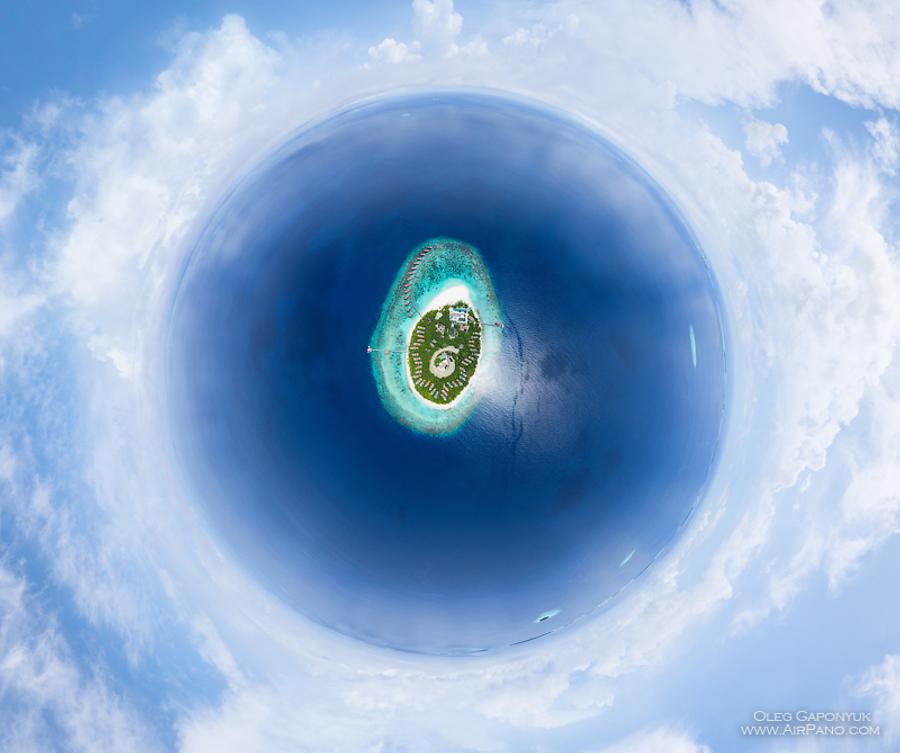 We will publish the second and third part of travel to Southern Maldives soon. Meanwhile you can have a look at other panoramas of Maldive Islands:

8. Underwater Shooting on the Maldives. Divers

10. Maldives from the plane

20 Panoramas of Southern Maldives. Part I