The Republic of Maldives comprises 26 atolls and nearly two thousand coral islands. Most of them are uninhabited and it is the area where nature reigns supreme. Several panoramas and 360° tours made by AirPano and dedicated to these heavenly landscapes have already been published. Today, we will travel to an unusual part of the Maldives. 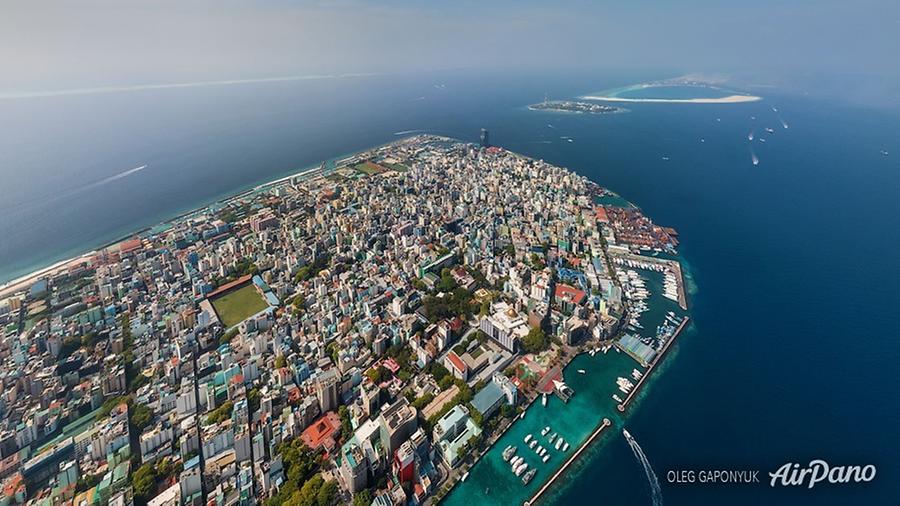 Malé, the capital of the Maldives, has found itself on the same-name island being 1.87 km long and 1.5 km wide. It is highly urbanized, almost the entire area is built up and the vacant land is sorely lacking: the population is growing steadily. The number of inhabitants has increased from only 5,200 people in 1922 to more than 200,000 a century later. 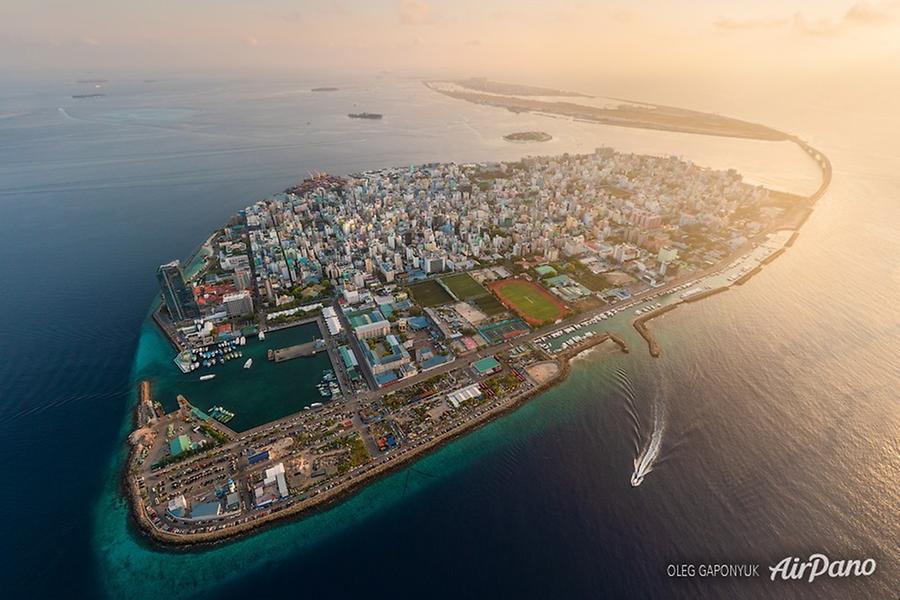 Another great issue of the Maldives archipelago is the threat of flooding caused by the global sea-level rise. Many of the islands stand only a meter above sea level, and they may possibly disappear beneath the waters. The authorities have found a common solution to both problems. 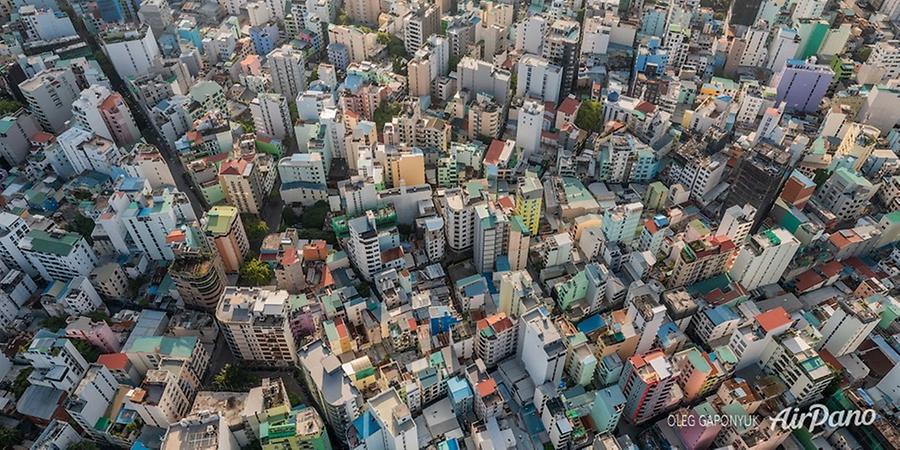 In 1997, the construction of the artificial island of Hulhumalé was initiated near the overpopulated capital. For its creation, the special material mined from the bottom of the nearest shallow lagoon is being used, as well as processed solid household waste. The capital islands of Hulhulé and Thilafushi have the same origin. These lands rise above the surface of the water by two meters, so more and more people are moving here. Altogether, a third of the total population of the country is concentrated in the capital, which is spread over several islands. 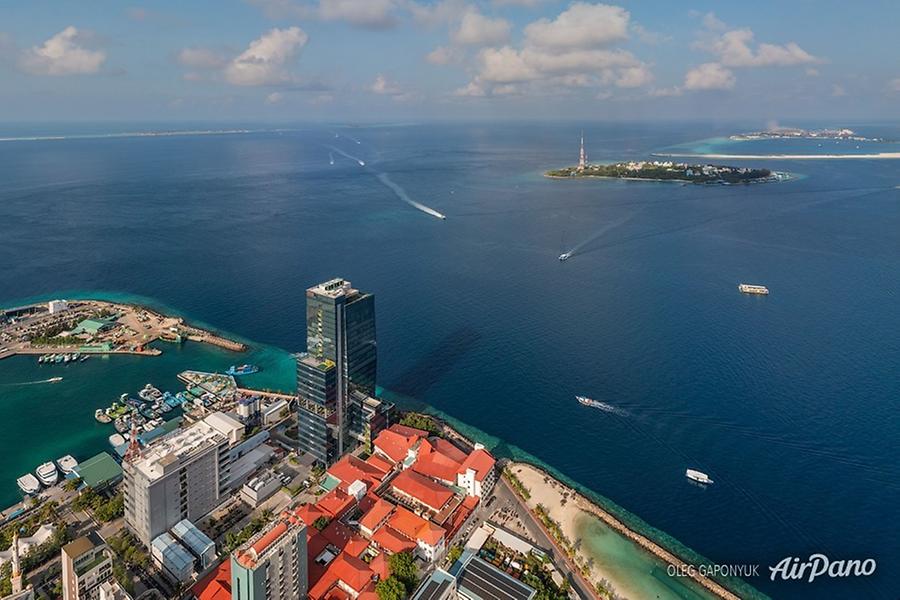 At the same time, Hulhumalé remains the fastest-growing island: now it has become the fourth largest in the Maldives. The population of this island has already exceeded 50,000 people, and a new one, Hulhumalé-2, has been added to the original artificial land: it is designed to house about 240,000 people on this island in the near future. 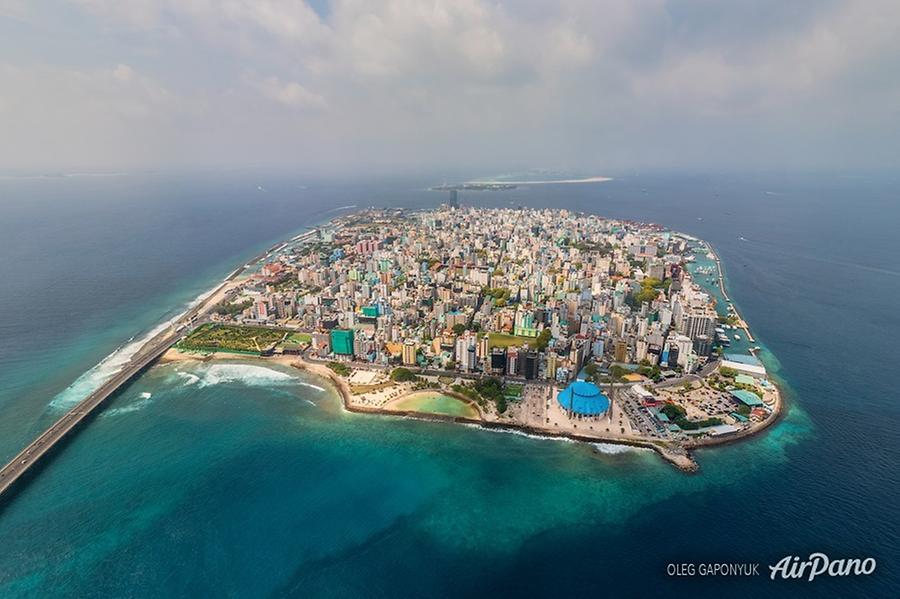 Hulhumalé was laid to the northeast of the island of Hulhulé, where Velana International Airport is located with a road connecting these islands. But it was impossible to travel by land to the main island until 2018. It was the opening of the Sinamale Bridge between Hulhulé and Malé that united the three largest metropolitan islands into a single road chain. 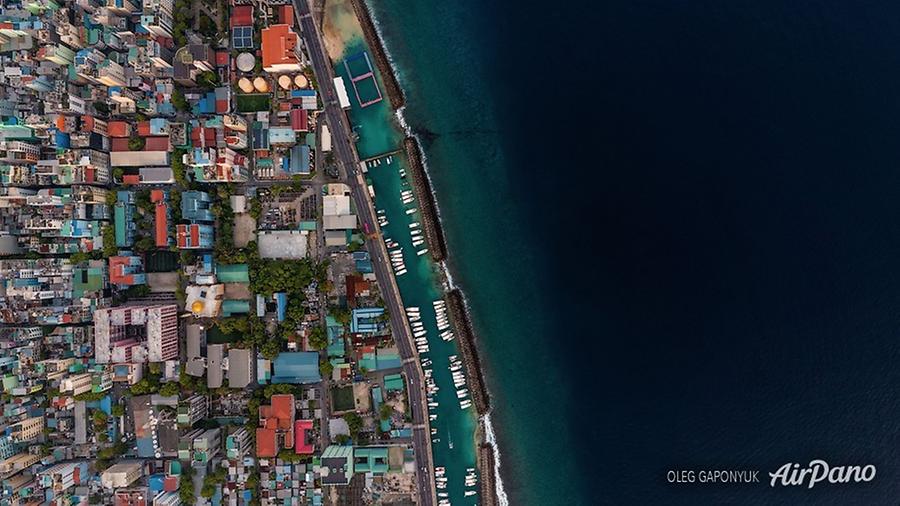 The two-lane bridge which includes separate lanes for motorcycles and pedestrians stretches for 1.39 km. It is also known as the China-Maldives Friendship Bridge as the mentioned country was actively involved in financing the construction.

Malé Atoll comprises North Malé Atoll and South Malé Atoll. Together with the small islands scattered around it forms part of the larger Kaafu atoll. Just 400 meters away from the capital, there is the tiny island of Funado. Bird's eye view of this land is not only picturesque but also very unusual. Indeed, the island is owned by a government trading company, and they use the island to store their fuel supplies. The tanks contain 70% of the total fuel volume in the country, so the island is strategically important. 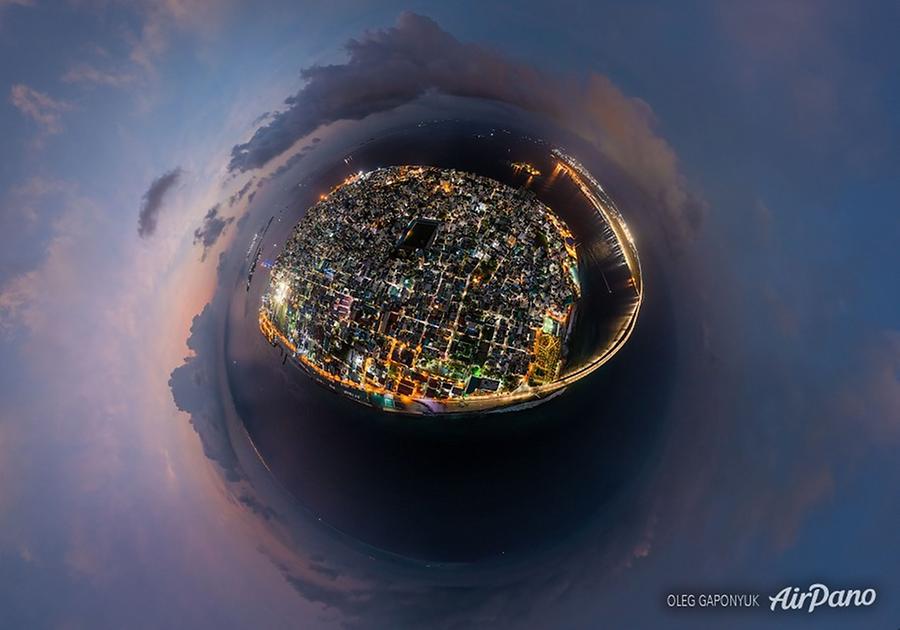 The interesting fact is that there are as many as three land areas under the name of Funado. The name reminds of the natural heritage of this part of the planet: "dhoo" means an island, while the word "Funa" is Divehi for Calophyllum inophyllum (also known as Alexandrian laurel): a beautiful tropical tree with white flowers.

And this is what the capital of the Maldives looked like seven years ago: 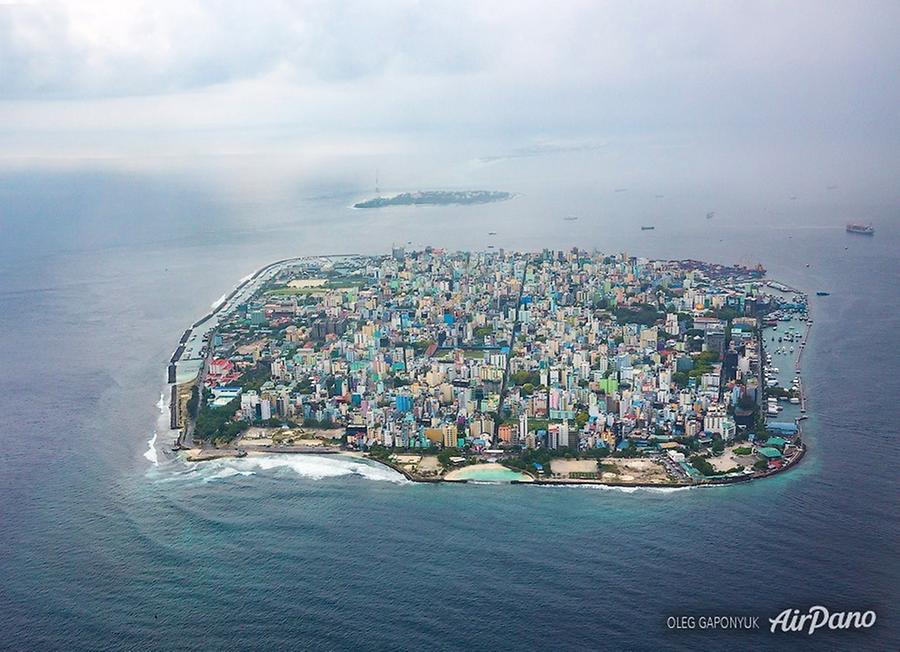 Each of the many Maldives islands is unique and has its own history. We hope you enjoyed your journey with AirPano!