On the territory of Kyrgyzstan, there are over 2,000 rivers with the overall length of 35,000 km! The longest river is the Naryn stretching at 600 km through Kyrgyz territory and for more than 200 km across the neighbouring Republic of Uzbekistan.

It is formed by a merger of the Chong Naryn and Kichi Naryn rivers in the Tian Shan glaciers. The Chong Naryn is born in the lake located near the snout of Petrov glacier, while the Kichi Naryn river is formed by the glacier waters of the Jetimbel range. Then the river flows amongst narrow ravines and keeps getting water from other inflows, snow and ice. Outside the territory of Kyrgyzstan, it cuts through the Fergana range, merges with the Kara Darya River to form the Syr Darya, the second largest river in Central Asia.

The mountain landscapes that surround the Naryn are breathtaking: they embrace bright colours, pristine purity and grandeur of nature. At the headwaters of the river, there was created Naryn Nature Reserve covering the area of 91023.5 ha. Rare animals and plants can be found throughout its protected area. 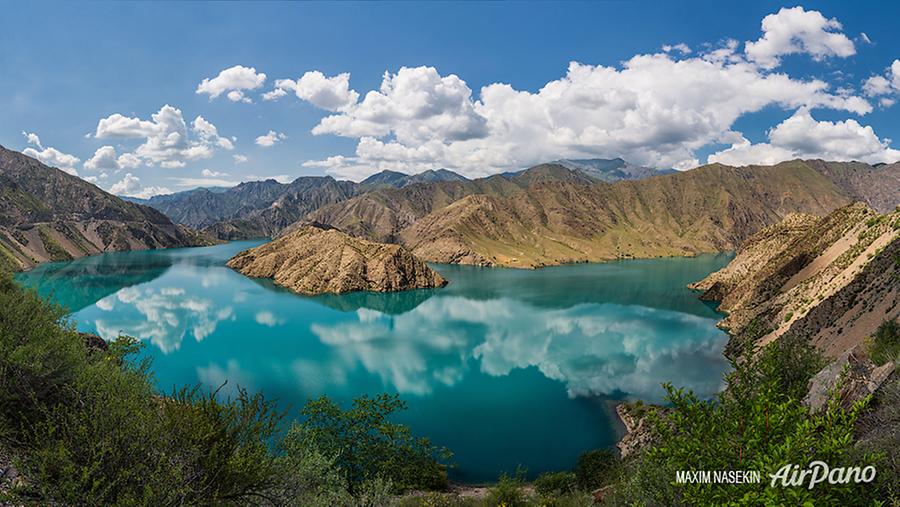 The left tributary of the Kara Darya is the Kurshab river, also named the Gulcha in its upper reaches. It stretches through 157 km and has over 40 tributaries. The landscapes are extremely diverse and include rocks, granite chunks, twisting roads, waterfalls, turbulent rapids and a calm wide valley.

Another interesting Kyrgyz reservoir is Sary-Chelek lake located in the western part of the country. It lies at the elevation of 1,940 m above sea level and extends at 7.5 km from the north-east to the south-west. It is an overflow fresh-water lake that gathers the waters of dozens of streams and gives a source to the Kojo-Ata river. The banks of the river are steep and rugged; in the south, they are covered with wild walnut and apple groves, the north is overgrown with firs and spruces. 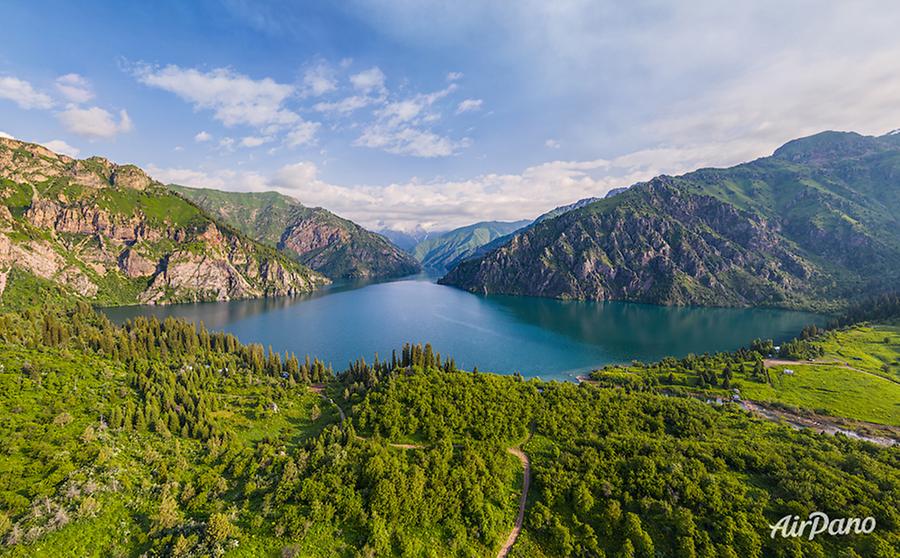 Sary-Chelek is the third deepest lake in Central Asia with 234 m of depth. Its name can mean "Yellow vessel", "Yellow bucket" or "Yellow ladle", but this is a rather autumn picture when the lake also resembles a cup of honey. In summer, the water of the lake is greenish-blue.

The lake was formed around 10,000 years ago as a result of a rockslide. A local legend proves it, too: there is a story about Saint Torskool who collapsed the mountain in a forested gorge with his huge staff. It is believed that on the southern shore there is the tomb of this saint with two mosques and a spring that flows out of a poplar grove. 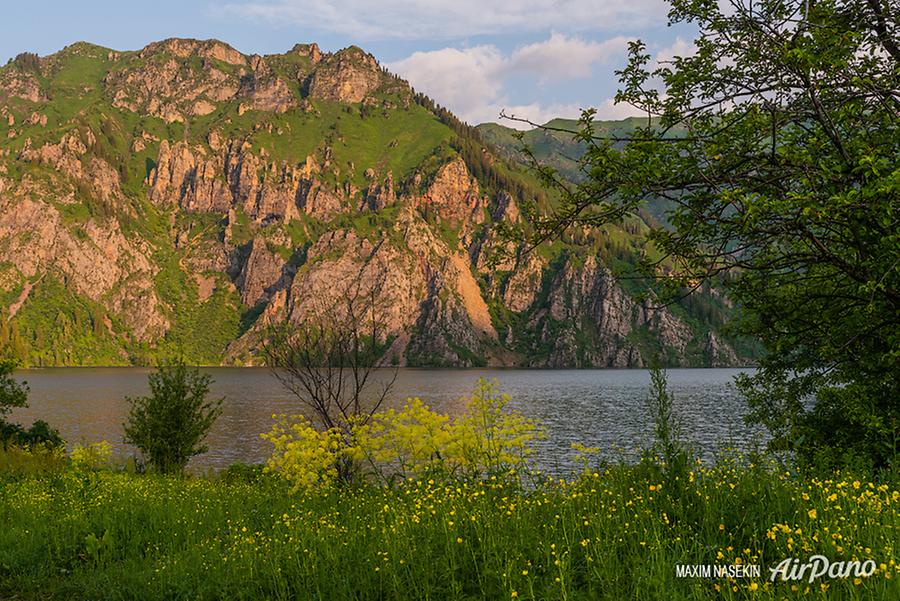 This lake together with wonderful landscapes and abundant Kyrgyz wildlife is a part of Sary-Chelek Nature Reserve.