by Stas Sedov and Sergey Shandin. Video stitching by Ivan Roslyakov members of the AirPano Team that is a member of the global-geography Consortium.

The landscapes of Jordan are quite different from any other place in the world: 90% of its territory is occupied by deserts and semi-deserts. The most remarkable one is Wadi Rum, the place that remained untouched by the time and civilizations. During thousands of years, this place had been exposed to the wind and sun that consequently created the rocks, arches, wells, and canyons of the most extraordinary forms. Thus, the filmmakers choose Wadi Rum as the scene for movies about faraway planets more often than any other place. The area is also known as "the Valley of the Moon", but this place is most suitable for illustrating the landscapes of Mars due to the sand and rocks having all shades of red. 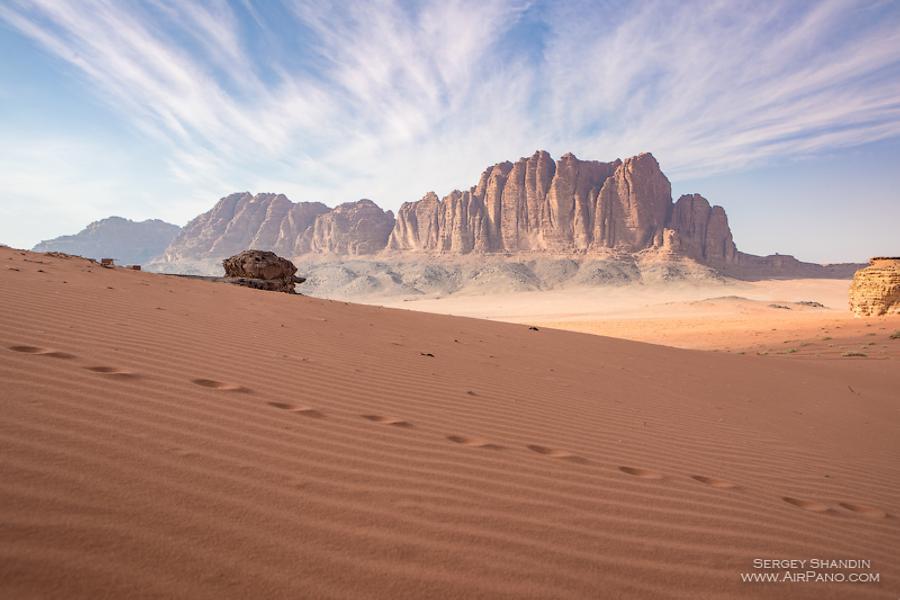 It is the scene of filming Transformers, Red Planet, The Last Days on Mars and The Martian. In addition to this list, Wadi Rum also became the location for the Oscar-winning Lawrence of Arabia shot in 1962. The movie is based on the life of Thomas Edward Lawrence, a British hero, military officer and adventurer who played an important role in the Arab Revolt in 1916-1918. Later he wrote and published his memoirs, Seven Pillars of Wisdom, an abridged version of which is called Revolt in the Desert. Many pages of this book were dedicated to the descriptions of Wadi Rum landscapes and some rock formation are defined as "the uncreated skyscrapers". Eventually, one of the rock formations was named "The seven pillars". 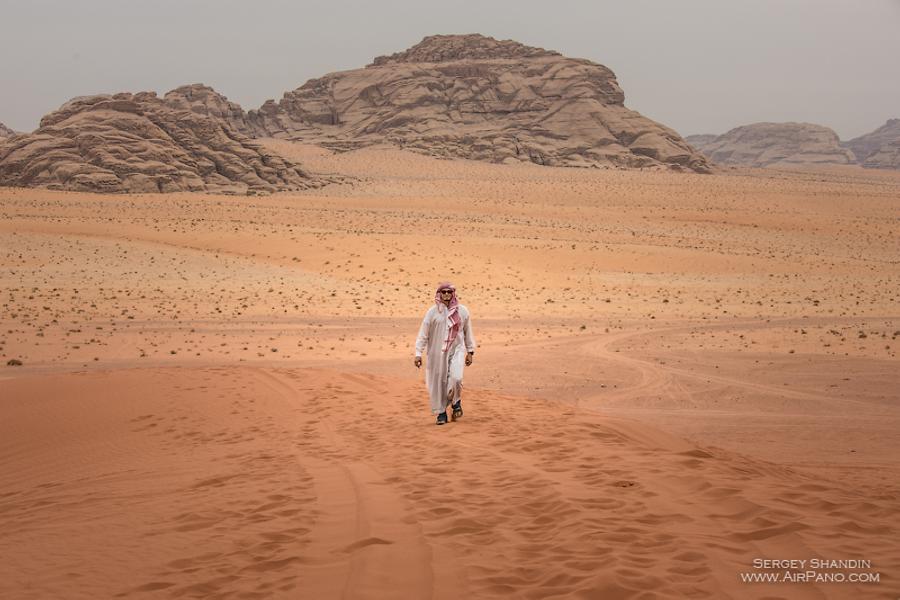 The overall area of the desert is 720 sq km. The highest point of Wadi Rum is 1,750 meters, a peak called Jabal Ram which is also the second highest peak in Jordan. Some of the rock surfaces are covered with petroglyphs dating back to the Thamudic times. They are etched into the cave walls and other hardly accessible places and often fake petroglyphs made by bedouins are shown to the tourists. 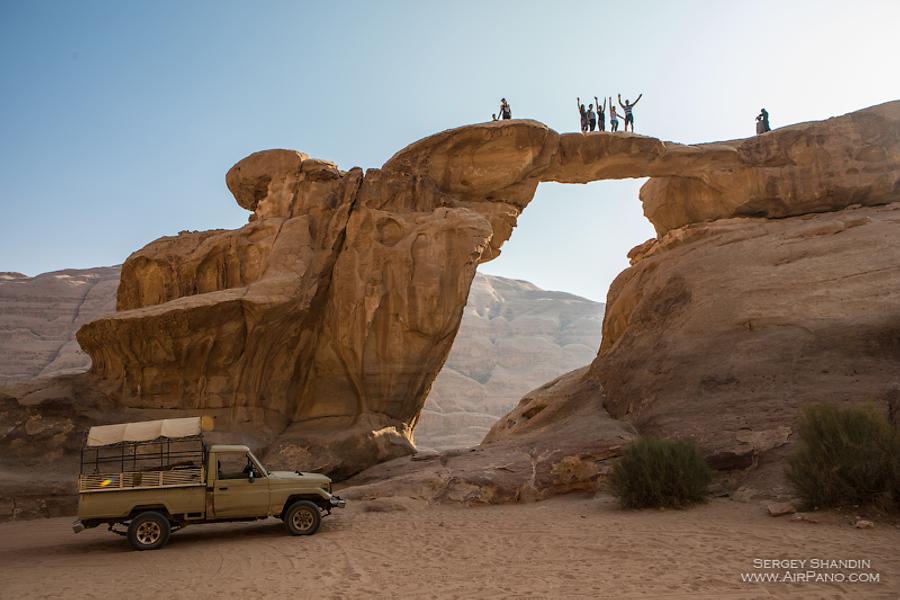 There are no roads in Wadi Rum, except the tracks for the off-road vehicles. Another popular mean of transport is the camel, as there is no chance to move through the territory of the desert on foot. The virtual trip by AirPano will allow you to observe these martian landscapes without any inconvenience! 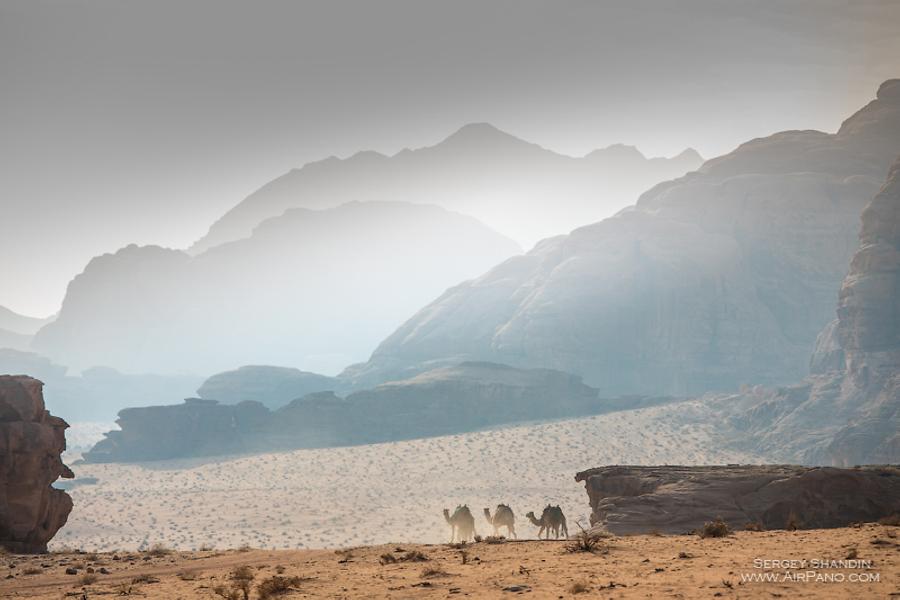