The Jordanian city of Aqaba is located on the northern coast of the Red Sea and has been a busy harbour since time immemorial. The Byzantines, Crusaders, Arab Caliphate warriors and many other armies fought for the right to possess this port. By 1917, it had remained the last Ottoman harbour on the Red Sea but the British army led by Thomas Edward Lawrence managed to conquer it. These events, albeit with certain inaccuracies, were reflected in a British epic historical drama Lawrence of Arabia. 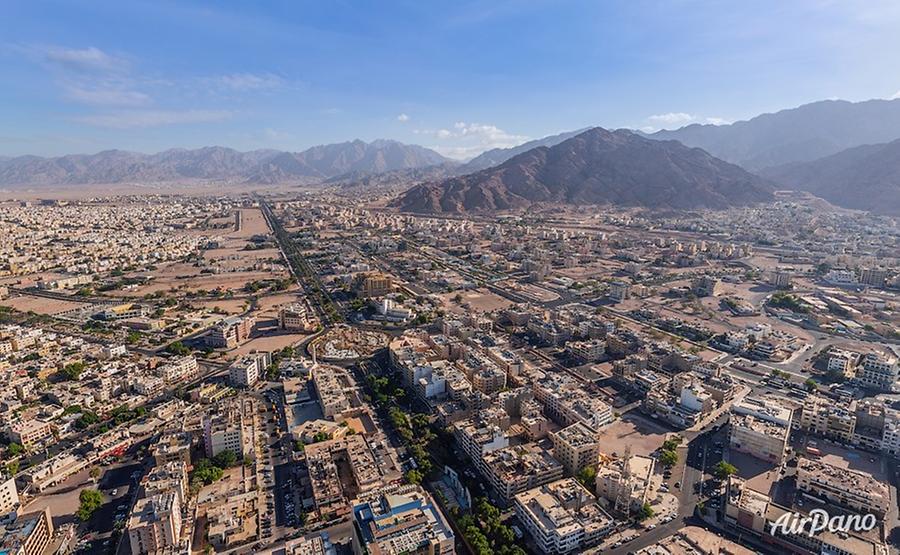 Nowadays Aqaba is a peaceful resort and the ninth-largest Jordanian city. Even in winter, the temperature does not fall below +22 °C, so the 27-kilometre section of coast is full of hotels and restaurants with a luxurious yacht club and diving centres: the coral reefs of the Gulf of Aqaba attract many divers. 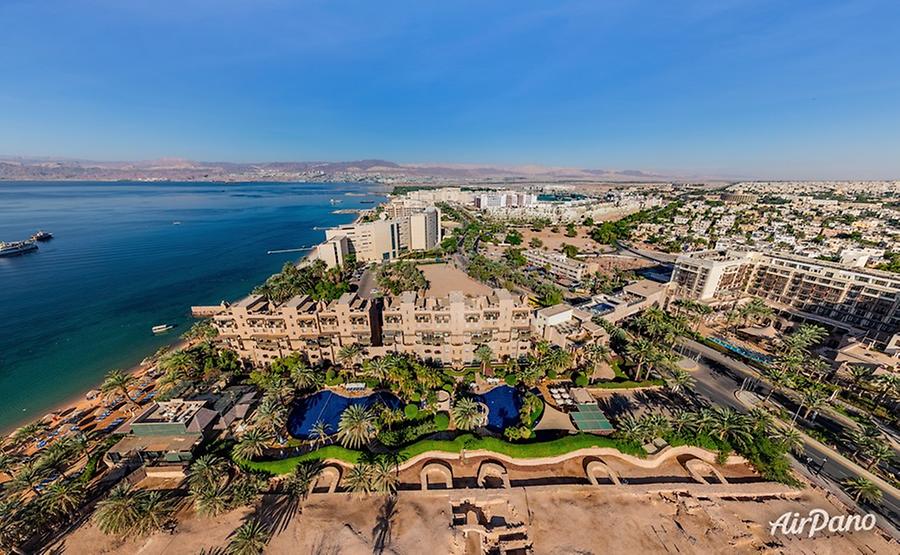 The Aqaba Flagpole was established on the shore to commemorate the Arab Revolt. It is the 6th-tallest free-standing flagpole in the world at a height of 130 metres. The flagpole can be seen not only in AirPano aerial view panoramas but also from neighbouring countries: Eilat in Israel and Taba in Egypt! 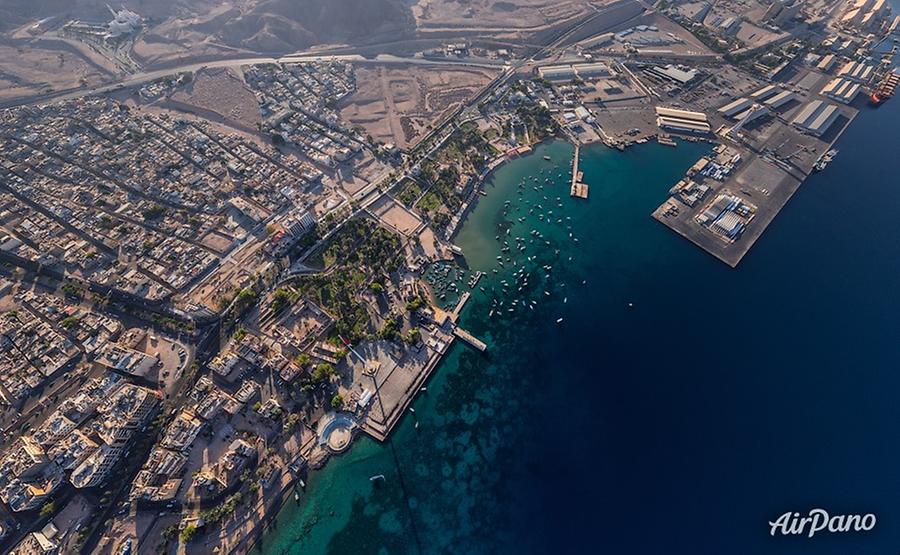 Above the Aqaba Flagpole
© AirPano

Just behind it, there is another great landmark of Aqaba, the Mamluk Castle or Aqaba Fort. This fortification was originally built by the Crusaders in the 12th century, later captured by Salah ad-Din Yusuf and the fortress was destroyed until it was rebuilt by the Mamluk forces coming from Egypt four centuries later. The fort is square in shape with semicircular towers at the corners. The fortress has recently been restored while close to it, in AlHafayer Park, some remnants of the ancient ruins have been preserved.

Among other parks of Aqaba, there are Princess Salma Park and Green Belt. Both of them are a little far from the coast and allow to find some cool air in the middle of the city.

Another great sight of Aqaba is Sharif Hussein bin Ali Mosque built in 1975 to honour one of the emirs of Mecca, a descendant of the Prophet Muhammad. A little further, there is a nice and convenient road junction Great Arab Revolt Circle; just behind it close to the Mövenpick Resort Hotel, you can observe the ruins of the ancient Islamic city of Ayla. It is believed to have existed during the reign of King Solomon and to be the conjunction of trade routes between Africa, Asia and Europe. Later, it became a part of the Roman Empire and it was a resting place for pilgrims heading to Mecca in the 8th-9th centuries. Archaeological researches are still taking place here. 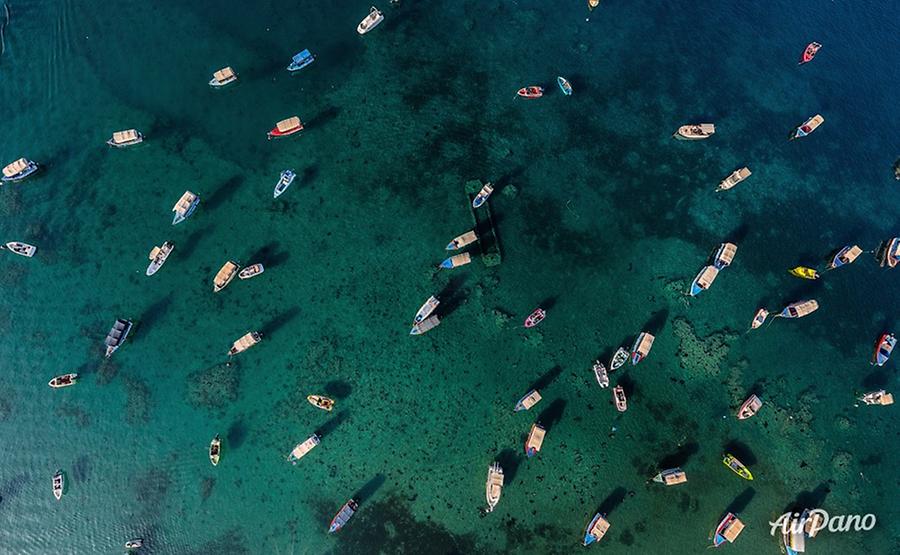 We hope that you enjoyed this journey to the past and the present of this Red Sea resort made with AirPano!