Photos by Dmitry Moideenko and Stas Sedov, members of the AirPano Team that is a member of the global-geography Consortium.

Amman, the capital of Jordan, is one of the world's most ancient cities. First people inhabited this place back at the Neolithic Age and even several artworks have survived since then — the statues dating back to 7,250 BC!

During the Iron Age, the city was known under the name Ammon; later, in the Greek and Roman periods, it was named Philadelphia. The current name, Amman, was given with the beginning of the Islamic era in this region. And nowadays this city is a major developed megapolis with transnational corporations opening their offices here and tourists enjoying its history. 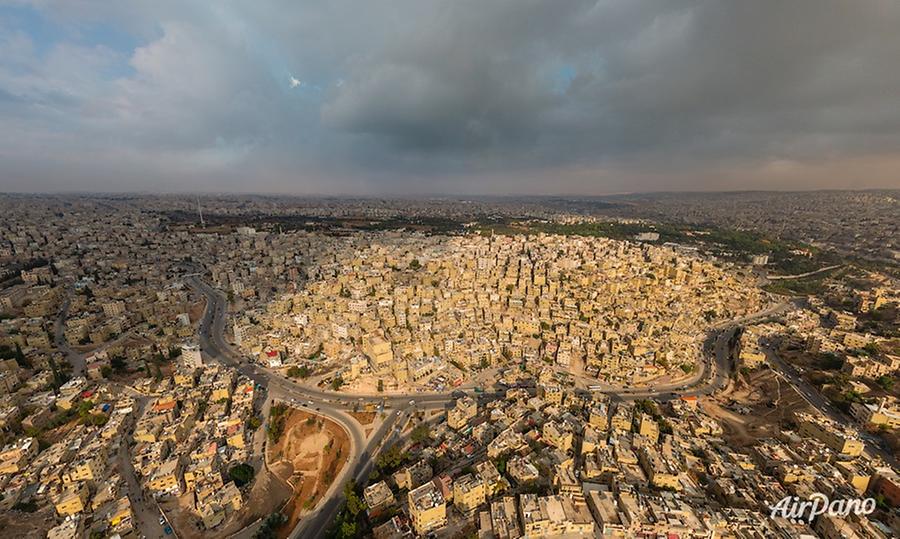 Most of the monuments are located in the historical part of the city named the Amman Citadel, also known as Jabal Al-Qal'a. The remnants of the Temple of Hercules, a Byzantine church, the Umayyad Palace and other constructions of different periods ranging from ancient to Ottoman can be seen in this area. The law prohibits the building of constructions higher than four floors in the city centre, so small white lime— or sandstone houses with cosy yards and balconies mixed with ancient monuments create an enchanting skyline of old Amman. 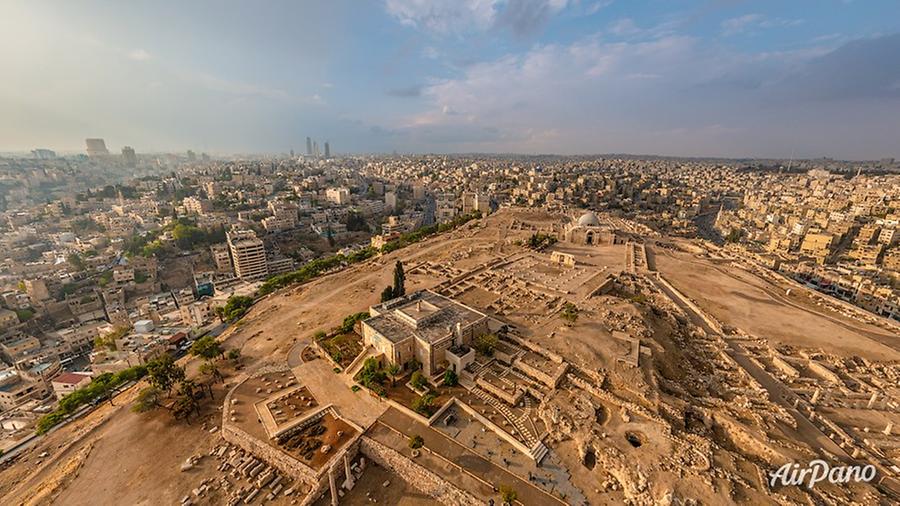 At the foot of the Amman Citadel, there is the Roman Theatre built in honour of Emperor Antoninus Pius who visited Philadelphia in 130 AD. The structure could seat about 6,000 people: built into the hillside, it was connected to the hill with a tunnel and was oriented north to keep the sun off the spectators. And it is a genuine living attraction of Amman: the theatre is still used as a venue for different cultural activities. 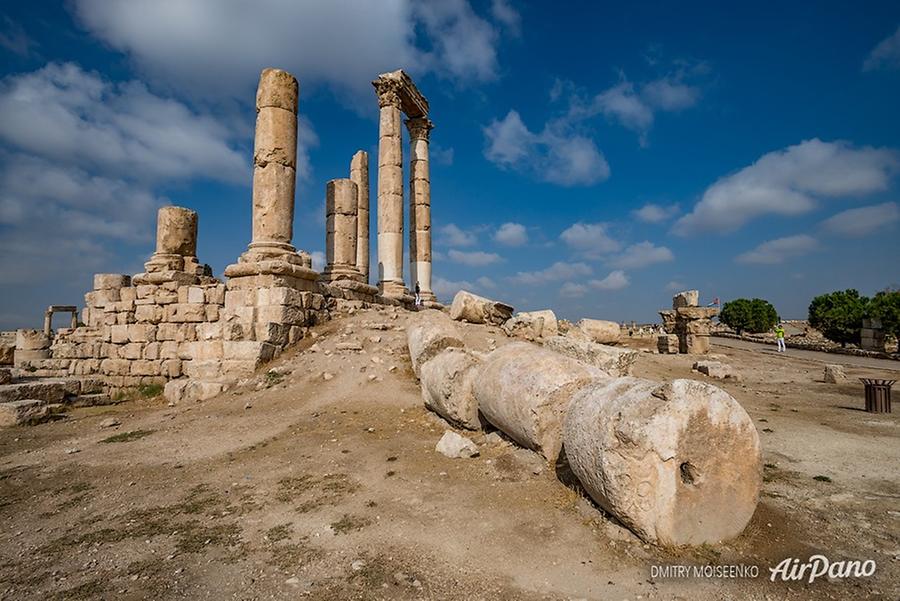 Close to it, there is the Odeon, a smaller theatre, another evidence of the Roman Period. The Nymphaeum, a Roman fountain dated 191 AD, can also be found nearby. It was a two-storey complex with a marble facing and stone carvings and is believed to have contained a 600 square meters pool which was three meters deep and the water flowed out of lion heads. The time erased its former glory, but the restoration has recently started.

A new and rightfully famous sight of the Jordanian capital is the Raghadan Flagpole established in 2003 near the royal palace. Rising at 126.8 metres, it is slightly less in height than a 130-metre flagpole in Aqaba and is the 7th tallest free-standing flagpole in the world. It flies a 60-by-30-metre flag and such a huge cloth creates excessive noise so that it has to be lowered during high winds.

And of course, in Amman, one cannot miss the Royal Automobile Museum. The late King Hussein bin Ali had gathered a collection of antique techniques which illustrates the development of the country. Go over there once you visit the capital of Jordan! In the meanwhile, AirPano invites you to take a virtual journey to this city, its ancient and modern streets holding the Oriental magic and several major epochs of the history of mankind.