The Japanese prefecture of Fukushima is sadly remembered worldwide for the nuclear disaster. And now the aim of this AirPano panorama is to correct this erroneous impression because Fukushima is a beautiful land of forests, lakes and mountains. In the northern part of Honshu island, there is Bandai-Asahi National Park covering more than 186,000 ha of land. Acknowledged natural monuments of this park are volcanic massif landscapes, forestlands, gorges, hollows and lakes. 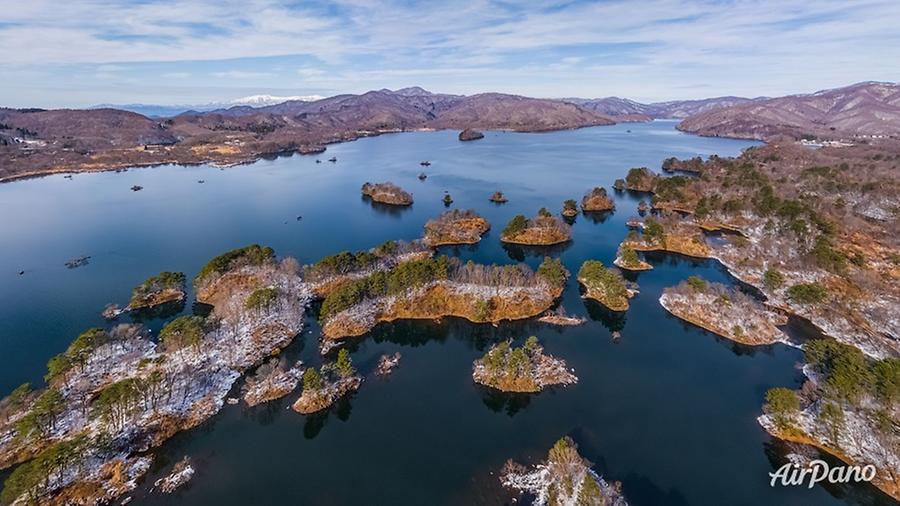 Mount Bandai rising at 1,819 m is surrounded by a so-called "lake triangle" consisting of three beautiful lakes: Hibara, Onogawa, Akimoto. The 1888 eruption of Mount Bandai changed the local landscape and the course of the rivers; it also caused the creation of multiple lakes. 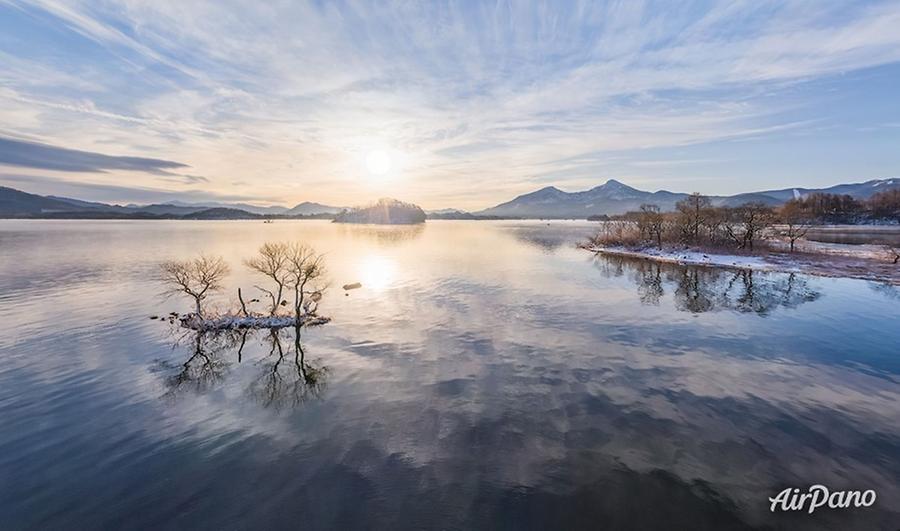 Mizuhara Shuoshi, a Japanese poet, wrote a lyrical haiku "Contemplating Lake Hibara": "In a fanciful cauldron, frozen between twilight mountains, the lake breathes with sadness..." Probably, it is a reminder of the events when a village was destroyed by the volcano and buried at the bottom of Hibara. 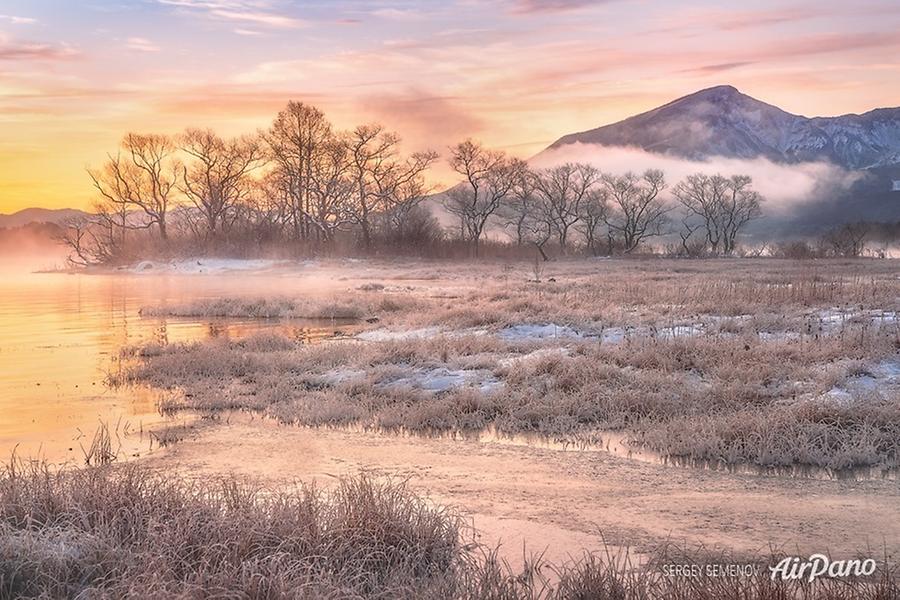 Hibara is around 30 meters deep with a shore length of 31 km and total surface area of 10.7 km². It is the largest lake of the "Bandai triangle", while the smallest one is Onogawa. The lake is fed by a small waterfall flowing down the mountainside with the most delicious water in Japan, as it is considered to be. 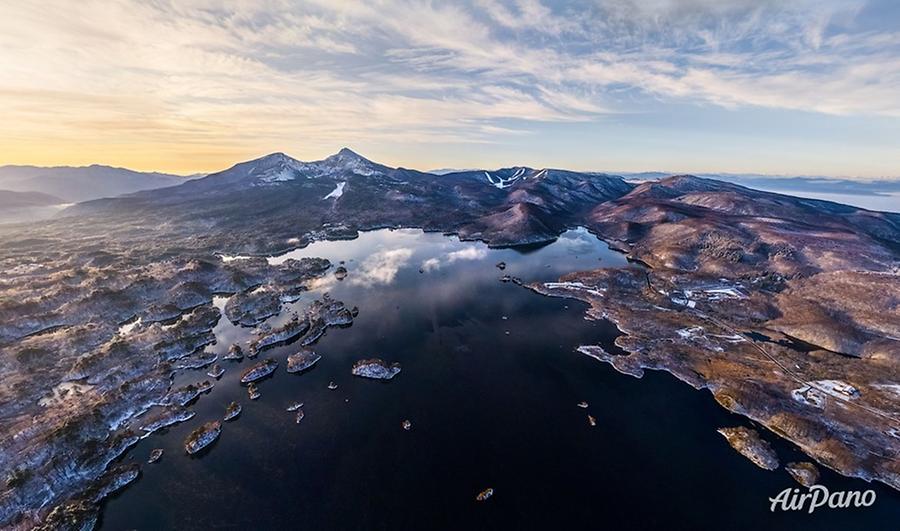 The lakes of Bandai are the popular place among tourists coming here to enjoy mountainscapes reflecting in the water, breathe with fresh mountain air, have a walk in the woods, take a boat ride or go fishing. And the most notable feature of this place is the moments of the sunrise which are extremely picturesque here. We invite you to visit these wonderful lands! 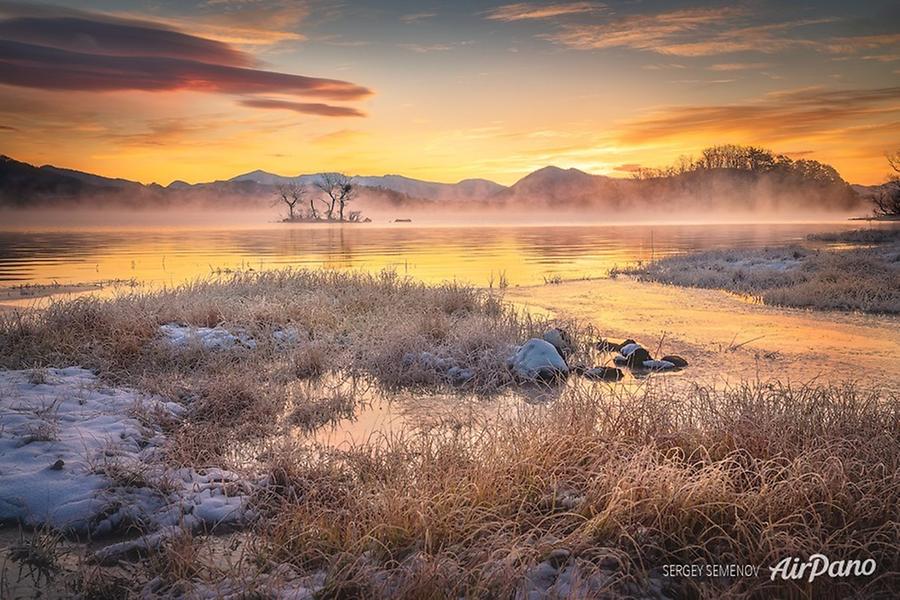 We express our gratitude to Mr. Hayakawa from Crossdevice for organizing the filming.