Tel Aviv is a relatively young city with its life inextricably linked to ancient Jaffa. AirPano virtual tour is dedicated to these remarkable and full of legends places.

The first recorded mention of Jaffa goes back to the ancient Egyptian chronicles dated the 15th century BC. Its shore, according to ancient Greek mythology, is reputed to have been the place where Andromeda was rescued by Perseus. It is the place whence the prophet Jonah embarked for his journey and while the Apostle Peter was in Jaffa, he had a vision here. 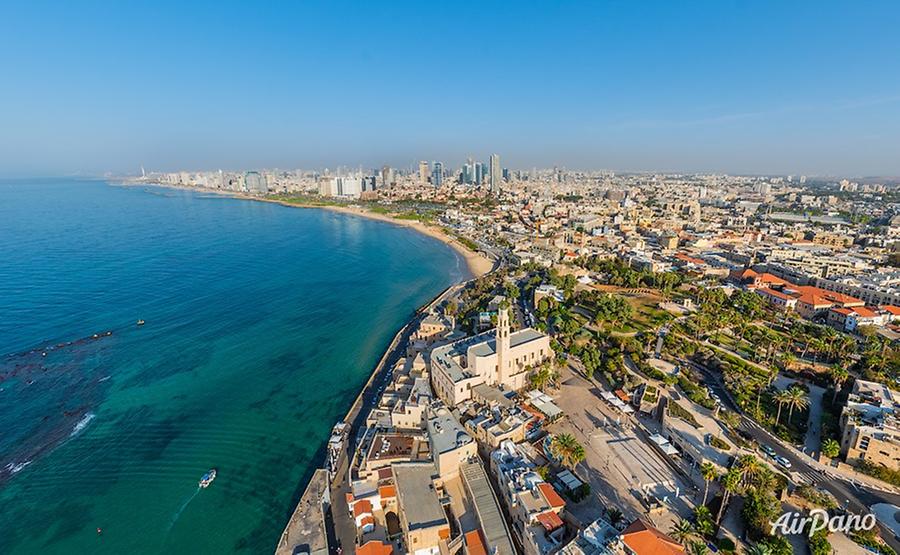 Throughout its history, Jaffa was seized by the Egyptians, Arabs, Romans, Crusaders led by Richard the Lionheart, troops of Napoleon and other victorious armies. Before World War I, Jaffa, like many other cities of Palestine, was part of the Ottoman Empire. Around 50,000 people with the Muslims, Jews and Christians among them lived here. 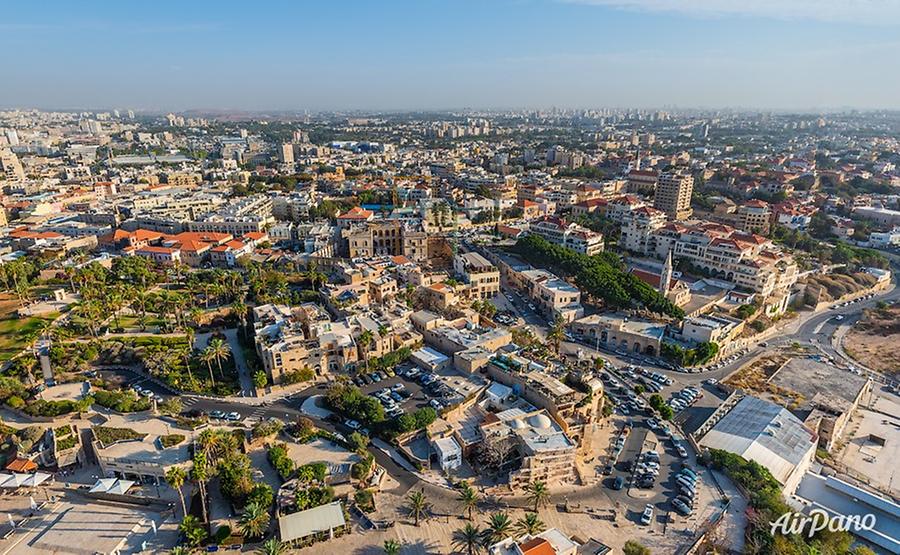 In 1909, a new district was founded in Jaffa and was later named Tel Aviv. The name is Hebrew for "the hill of spring". The district gradually developed and became an independent town; then in 1950, it was unified to create a new administrative unit of the young Israeli State under the name of Tel Aviv-Yafo. Now it is the second-largest city in the country after its capital. 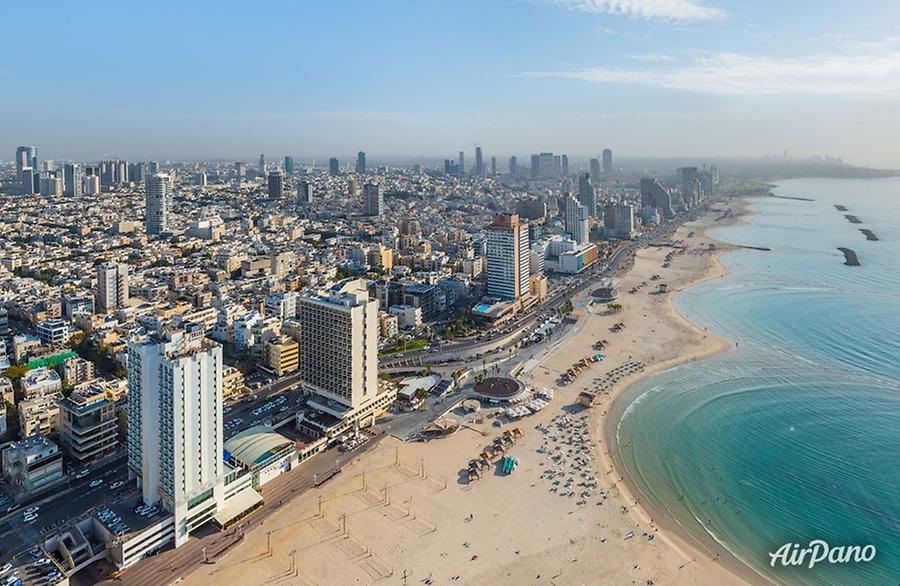 Jaffa is mottled and picturesque at both daylight and sunset. Its historical part is a spectacular tourist centre where ancient sights stand beside new ones. The remnants of a fortification wall remind of the Ottoman period; the focus of Kedumim Square is an archaeological site, while the Jaffa Clock Tower built in 1903 is depicted on an Israeli stamp. Many restaurants, markets, temples, galleries and museums are located here. Close to the famous seaport, there is Andromeda's rock: the stones to which the woman saved by Perseus was chained. Among other significant landmarks of Jaffa, there is the gate dating to the dynasty of Ramses II. Archaeologists found it in the 1960ies but the original finding was brought to a museum while a carefully made replica was exhibited outdoors. 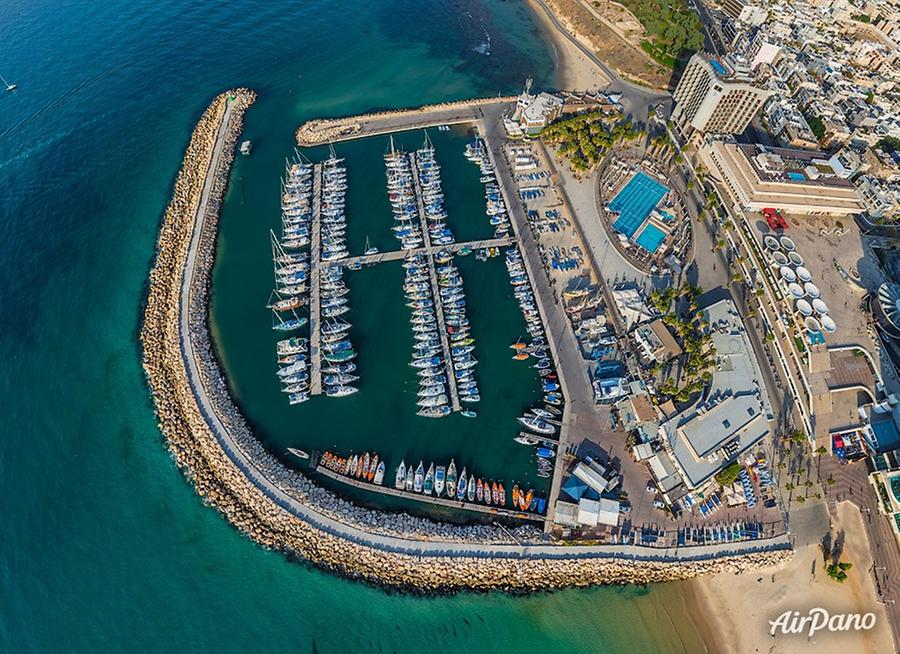 Tel Aviv is nicknamed the White City due to the abundance of the white buildings created in between 1920 and 1950 and inspired by Bauhaus architecture. There are more than 4,000 of them and this architectural ensemble was declared a UNESCO World Heritage Site as "an outstanding example of new town planning and architecture in the early 20th century."

Yachtsmen consider the Tel Aviv marina to be one of the most convenient in the Mediterranean and the tourists usually like to watch here the stunning seascapes. To the south, there is the first beach of Tel Aviv that was previously named Allenby by the name of the street leading to it. In 1987, it was renamed Jerusalem beach to celebrate the 20th anniversary of Jerusalem's unification. The beach functions all year round, there is a fish restaurant, playground and volleyball courts. 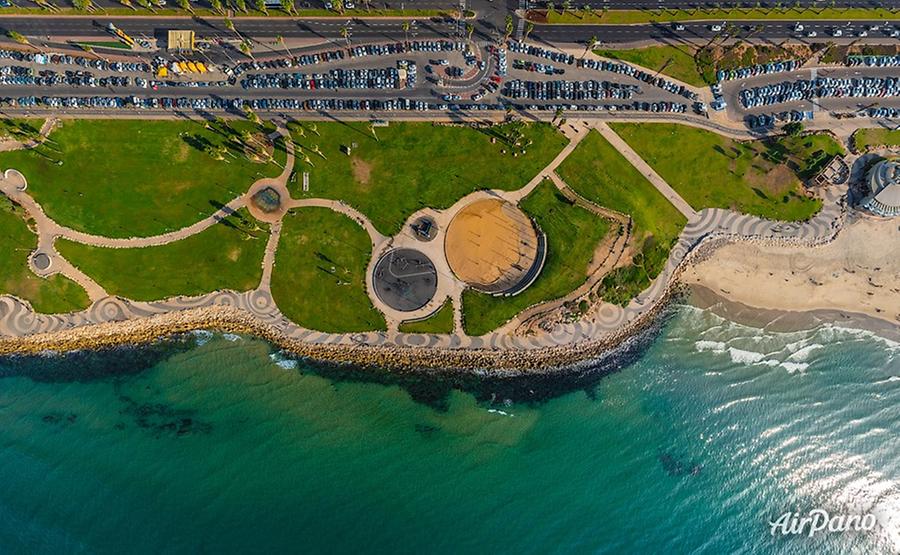 Around here, there is Charles Clore Park that has a rather interesting history. In the 1960ies, the constructions of this neighbourhood were demolished but the huge building waste that had accumulated there was not removed. When the municipality realised the problem, it was decided to cover the ruins with dirt, a much cheaper solution, and to plant grass on them. Charles Clore, a British financier and philanthropist, raised donations to make it real. Now trees and bushes not only decorate the park but protect the shoreline from erosion. There are playgrounds and sculptures - now it is a popular recreational spot.

In the 1990ies, the park was connected to Jaffa through the promenade. And here, together with AirPano, you have fulfilled the tour to these outstanding cities of different ages but with a shared history. 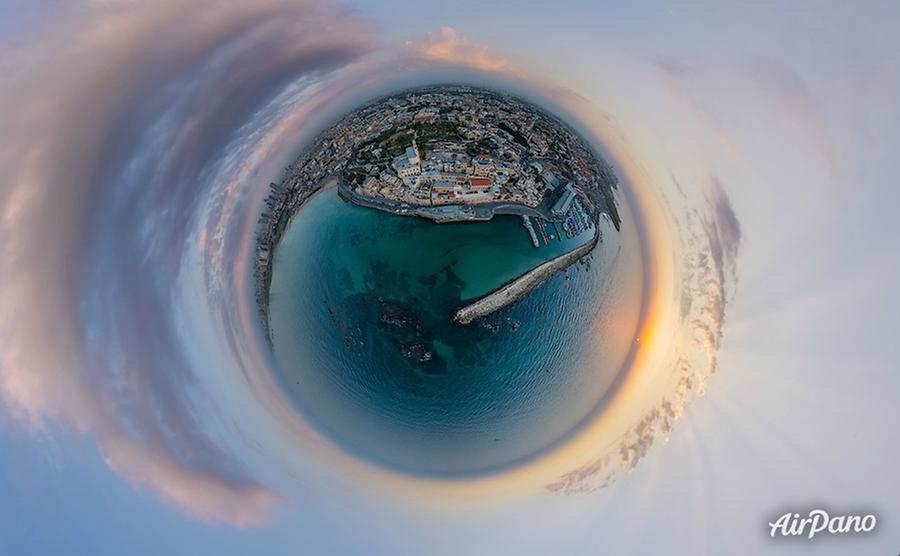