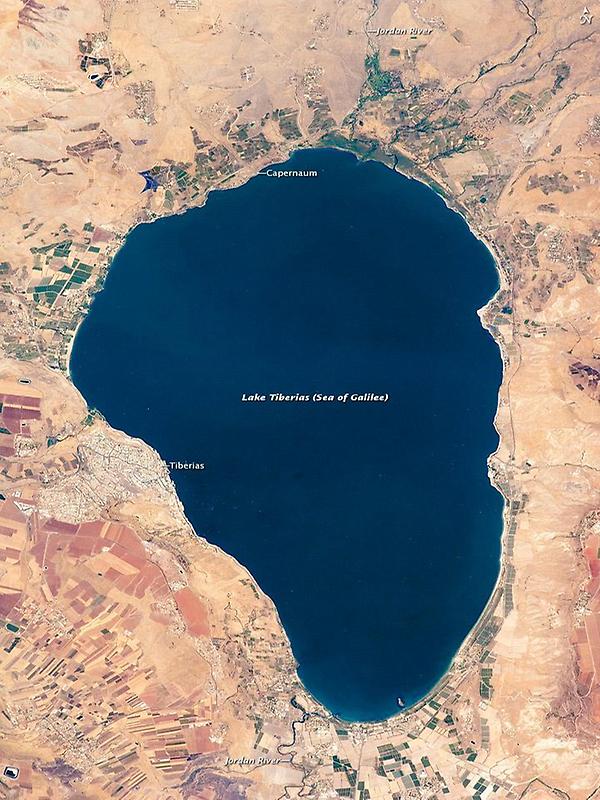 Image courtesy of NASA., under PD
Israels largest freshwater lake, Lake Tiberias, is also known as the Sea of Galilee. The lake measures just over 21 km (13 mi) north-south, and it is only 43 m (141 ft) deep.

The lake is fed partly by underground springs related to the Jordan sector of the Great Rift Valley, but most of its water comes from the Jordan River, which enters from the north. The rivers winding course can be seen draining the south end of the lake at image bottom.

Angular green and brown field patterns clothe most hillsides in this arid landscape. Bright roof tops are the hallmark of several villages in the area. Much of the area to the east of the lake is part of the Israeli-occupied Golan Heights.