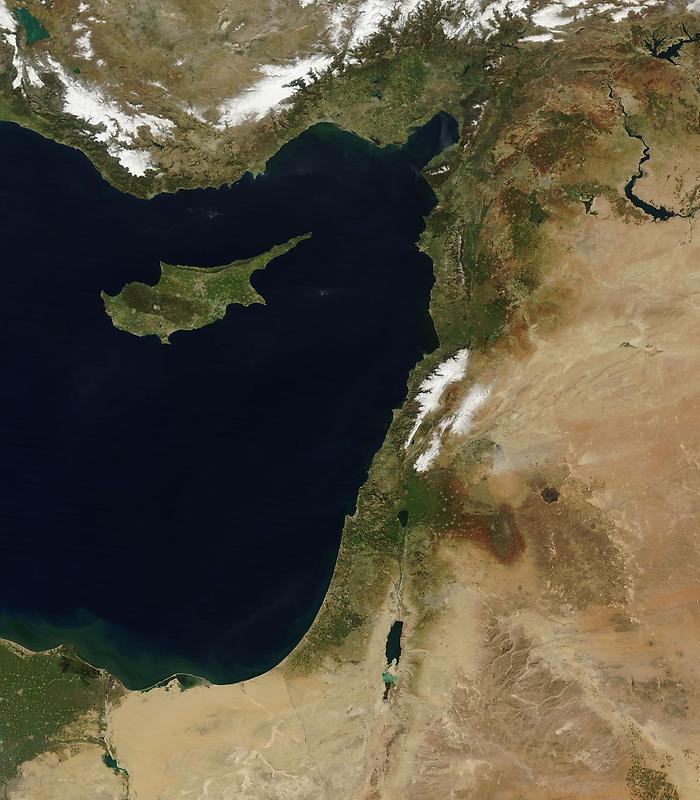 Photo courtesy of NASA., under PD
The Levant, the eastern coast of the Mediterranean Sea, is vividly displayed on this satellite image. Cyprus distinctive shape points to the Gulf of Iskenderun in southern Turkey.

Other Levant countries in a clockwise direction are Syria, Lebanon, Israel, and Egypt. Snow appears clearly in the mountains of Turkey (top) and Lebanon (center) and in thin strips in between in the highlands of Syria.

The contrast between the well-watered northern half of Israel and the desert south is starkly evident.