All photos for this contribution were taken by the author in 1990 in the village Suroba in the Indonesian province Papau (Irian Jaya) Indonesien, Papua .

New Guinea Papua Neuguinea is the second largest island in the world. (The largest is of course Greenland). Today it is divided politically into two parts. The eastern part is the independent state of Papua Niugini. The western part called Irian Jaya Irian Jaya, Indonesien belongs to Indonesia. The eastern part was a German colony until 1918. The western part was formerly a Dutch colony. Both parts are not well explored due to the geographical structure. Mountain chains, deep valleys and jungles have led to a variety of ethnic groups. Despite their neighbourhood not all groups can communicate with each other. About 600 languages and local dialects represent a wide field of activity for linguists.

In the central highlands of Irian Jayas there is a region which was discovered only in 1938. The area called Baliem Valley has a length of 50 km. The culture of the valley and its indigenous people Dani is still very original. The main town Wamena is situated about 1600 meters above sea level. The valley can be reached only by small planes from Jayapura on the northern coast of the valley.

About 100.000 Dani live in numerous villages, partly accessible on foot, only. Today, the warlike past of these tribes is manifested in the structure of the villages (omma) surrounded by picket fences. Inside there are round thatched huts for families and special women’s shelters. Men’s houses are taboo for women. Women play an important role in the social polygamic stratification. Clan thinking prevails and determines behavioural pattterns. 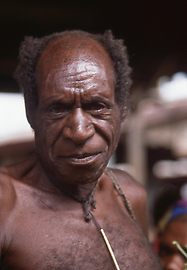 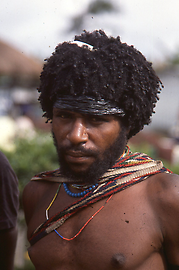 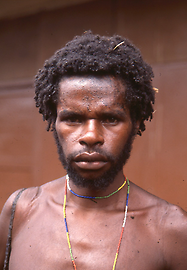 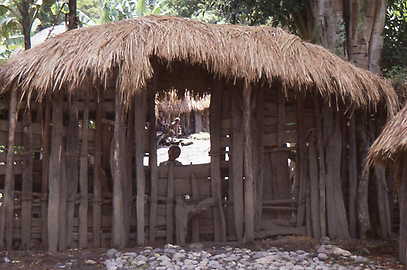 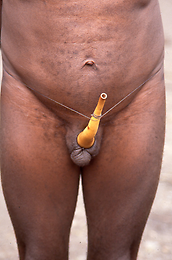 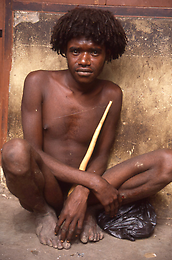 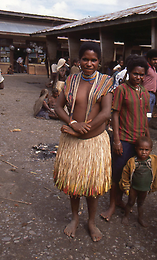 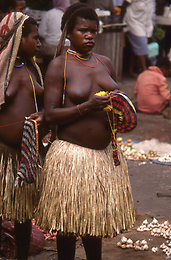 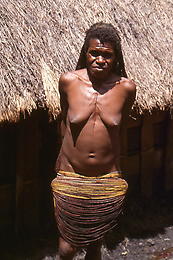 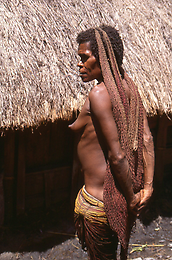 Like in all Papua tribes especially men like adornments. They put pig fat in their hair, adorn their breast with cowry shells or wear a headdress made of feathers. 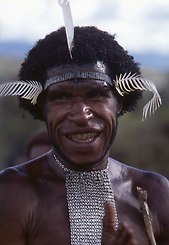 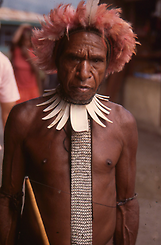 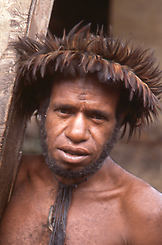 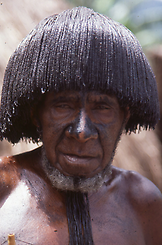 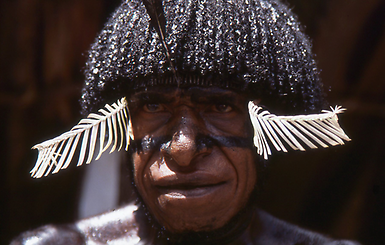 The villages are surrounded by well-developed, specialized gardens. Mainly root crop such as sweet potatos (hepere) and bananas (haki) are cultivated. Additionally, they cultivate maniok and yam imported from the West at a later time. They still produce and use stone axes (yage). They get the necessary salt from wells that with salty water: they soak dry leaves in this brine, burn them and and use the salty ash as spice. Once there was ritual cannibalism. As late as 1974 missionaries were killed and eaten. 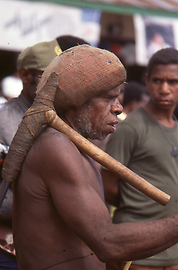 Dani man with stone axe, under CC BY 4.0 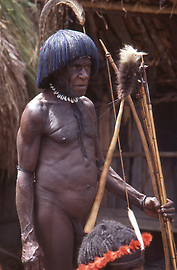 Dani man with bow and arrow, under CC BY 4.0 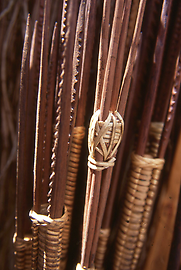 Pigs (wam) were domesticated ages and ages ago and play an important role for the supply of animal protein. Pigs have an almost cultic status within the Dani society.

The Dani are still hunting with arrow (male) and bow (sikhe). Unfeathered arrows with special tips are mainly used for hunting fish and birds.