The medieval period is a remarkable part of the history, which had considerably changed the life of the humankind. That was the time when the first printing press and firearms appeared, the first professional education and elective bodies, such as parliament, were initiated. The period of Renaissance, which occurred at the very end of the Middle Ages brought the art to life after a long depression. 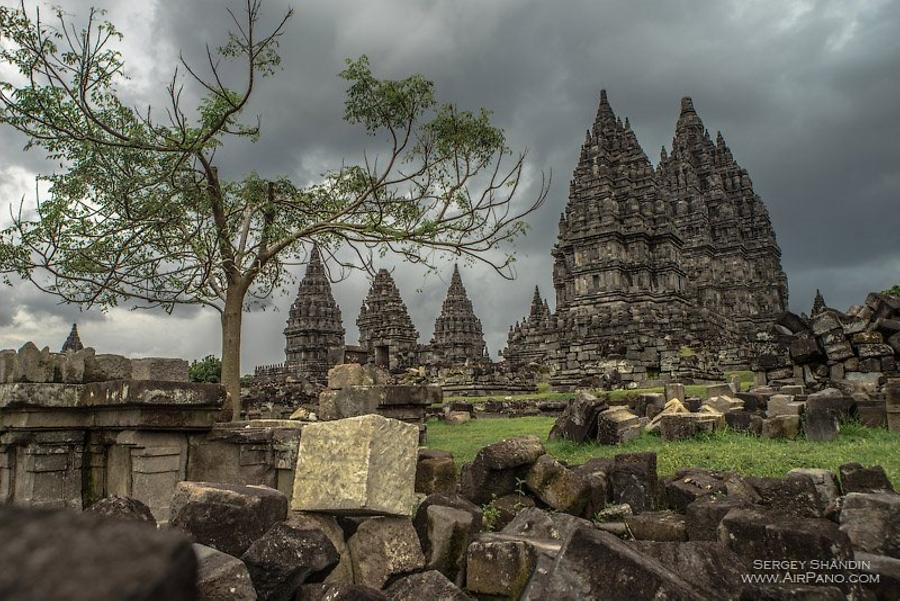 Surprisingly, the Middle Ages have its own unique features not only in Europe, but in Asia, as well. One of these features is the astonishing architecture. Practically all the temples and castles that had remained till nowadays are listed as UNESCO World Heritage Sites. Conic constructions decorated with thousands of bas-reliefs and numerous statues of Buddhist and Hindu deities, can serve as a guide on history, a religious book and a cultural manual for this region. 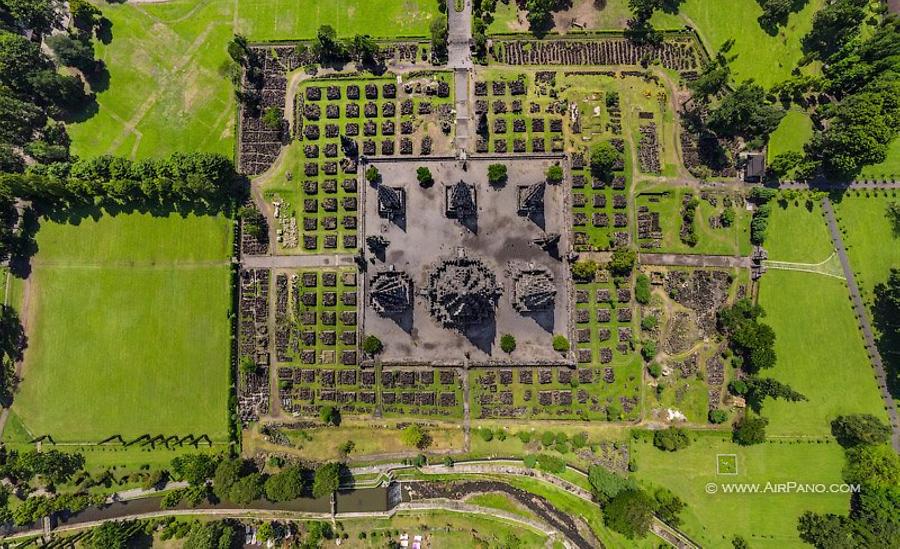 One of the most outstanding monuments built long back ago and located on Java Island, Indonesia, is the Prambanan Hindu Temple Complex. The construction was carried out within the 8th and 9th centuries. At that period around two hundred temples were built. But most of them are in ruins now: they were destroyed by earthquakes and volcano eruptions. In the first half of the 20th century some of them were restored, and now the most popular part of the complex consists of mighty huge constructions that can be seen from a great distance. They are called in the same way as the complex itself — the "Prambanan Temple", or it is also known as "Lara Jonggrang", which means "Slender Maiden". 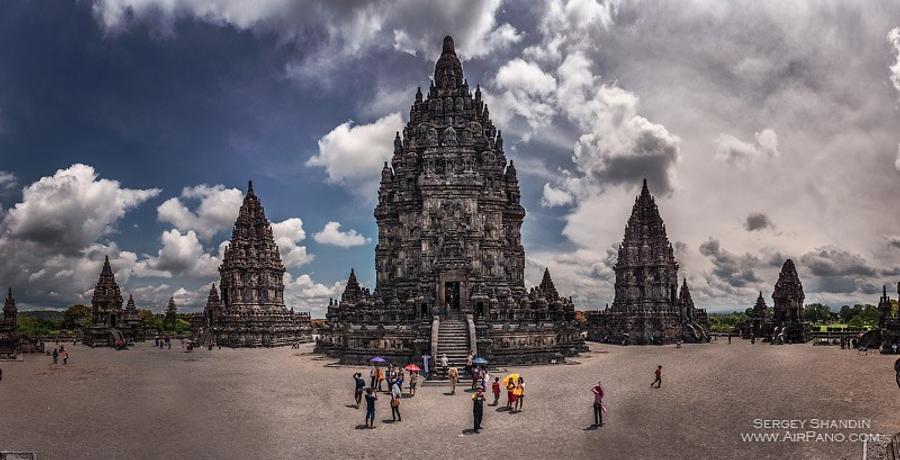 According to the legend, the reason for creation of the Prambanan Temple was an unrequited love. Prince Bandung Bondowoso proposed marriage to a beautiful girl named Jonggrang. She was unwilling to marry him, but at the same time, she didn't refuse straight away. Thus she cheated and agreed on an impossible condition: the prince must build a temple with one thousand statues in only one night. But when the task was almost fulfilled, Jonggrang thwarted his efforts by making bonfires with the help of local people, so the prince was fooled into thinking that the sun is about to rise. Bondowoso, who had finished 999 statues by the moment, grew furiously angry at this deception and placed a curse on Jonggrang which turned her into the final thousandth stone statue — "Slender Maiden", which now is situated in the northern side of the Shiva temple. 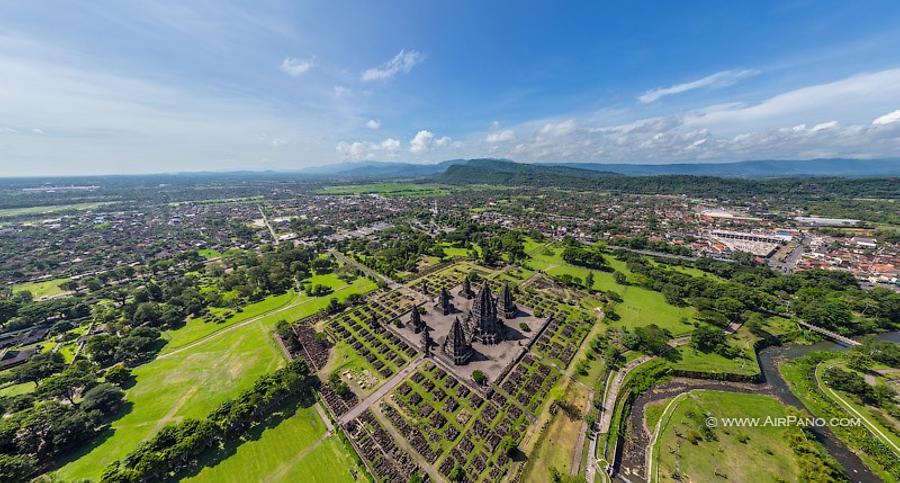 Prambanan is the largest temple site in Indonesia dedicated to the main Hindu deities: Shiva, Vishnu and Brahma. Three temples rising above the centre of the three concentric platforms are adorned with bas-reliefs telling the story of Hindu epic — Ramayana. Not far away there are the temples dedicated to animal deities — bull Nandi, bird-like creature Garuda — the riding bird of Vishnu and a national symbol of Indonesia. 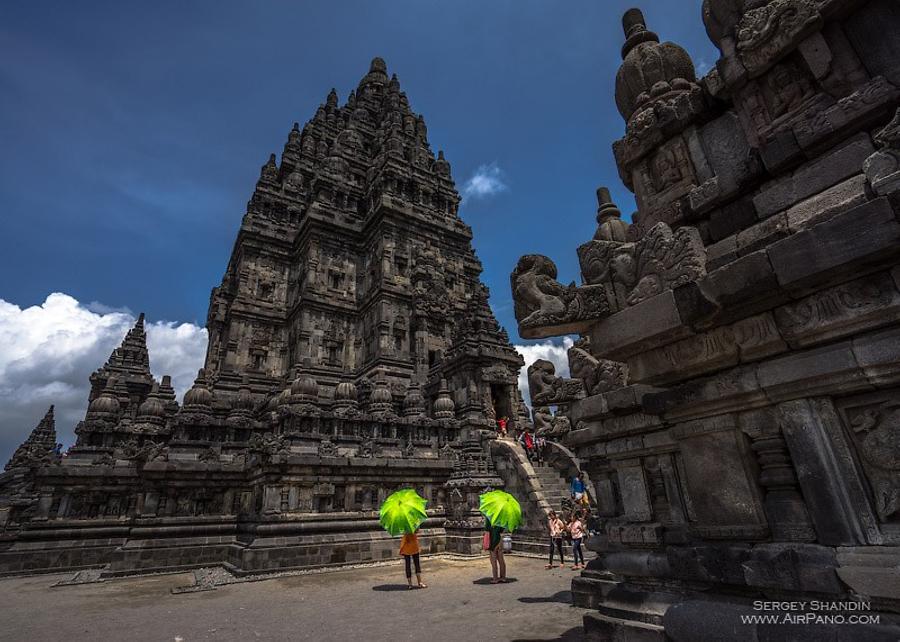 The neighbouring architectural ensemble Sewu is located 800 meters north of Prambanan. It consists of a central temple and several smaller temples surrounding it. Although this complex is ruined, the common architectural style is easily recognizable and suits the temple of Prambanan.

Archaeologists are still involved in researches on the territory of Prambanan, and sometimes new discoveries are reported. We invite you to have a proper look at this majestic complex from above.