by Stanislav Sedov and Sergey Shandin, members of the AirPano Team that is a member of the global-geography Consortium.
Stitching by Nickolay Denisov, Konstantin Redko

Not many cities can boast as many records as Shanghai, China's largest city, the world's most densely-populated metropolis, and the largest seaport on the planet.

Shanghai's lands have been inhabited from ancient times: people who lived here were engaged in agriculture, fishing and salt production. The land had been passed from one dynasty to another, until this fishing village, with its favorable location on the Yangtze River near the East China Sea, was given an official status in year 751. 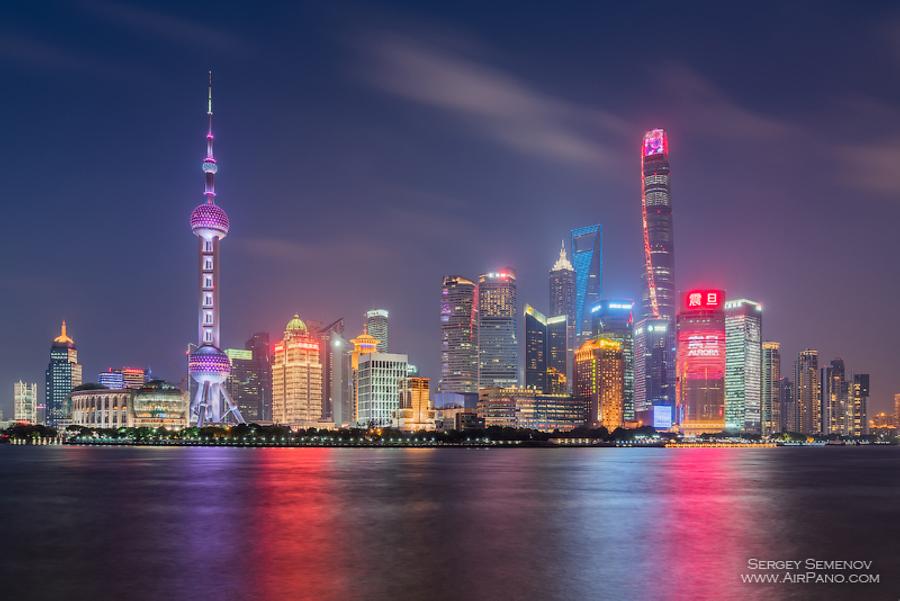 During the centuries of Shanghai's history, the city has seen both peacetime and war: it was invaded and bombed, and then, with new powers, it was restored again. But only in 1992 Shanghai entered a fast development phase, which allowed it to become the leading city in the country, and then in the whole world. And now it's one of the world's major financial centers, the core of China's political intrigues, and, at the same time, the cradle of modern Chinese cinema and theater.

Despite the fact that the city is full of ancient temples and cozy side streets with houses built in the beginning of the last century, the first real symbol of Shanghai is the urban landscape. Modern buildings have a unique architecture, and the shape of their upper floors resemble flying saucers. One of the most amusing creations is a pedestrian ring-bridge built in Pudong district in 2012. You can go up as high as 6 meters above the ground by using stairs or escalators, and the pedestrian part of the bridge is so wide that you can line up 15 people in a row. In the evening the bridge has a very beautiful illumination.

Another most important Shanghai landmark is the Bund, a waterfront area on a plot of 1.5 kilometers with 52 buildings of different styles, from Gothic to Art Deco. Because of that it's often called "the museum of world architecture." Since 2003 it also houses Aurora Plaza, a beautiful 185-meter tower on the other side of the river. At night it turns into a huge screen broadcasting various videos that can be seen from the promenade: from commercials to news reports. 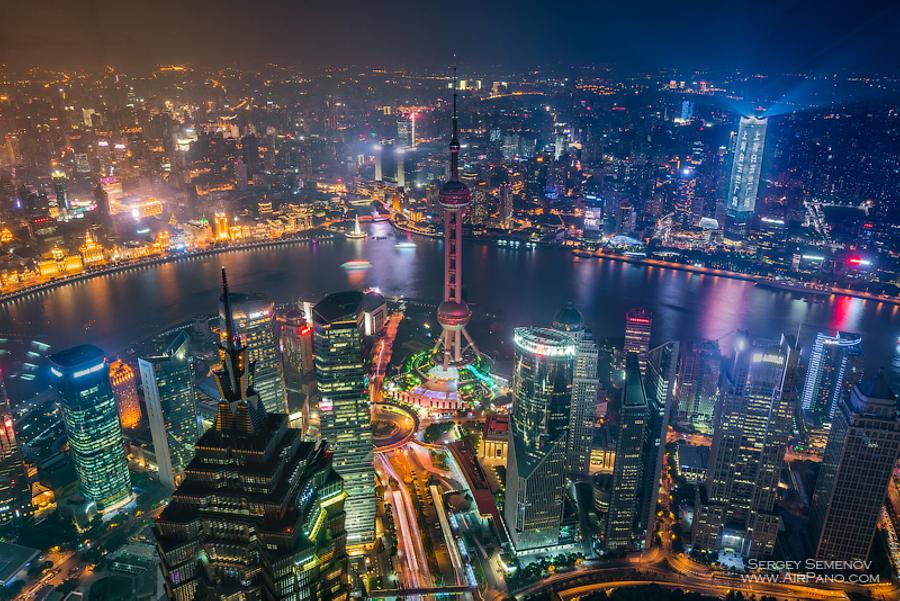 There are more than 80 buildings higher than 170 meters in Shanghai. The most famous skyscraper, which ends up in any album of Shanghai photos, is a 492-meter high World Financial Center. It is crowned with a strange trapezium-shaped window intended to reduce air resistance. Initially, the window was round, but some people thought it was associated with the sun on the flag of Japan. As a result, the circle turned into trapezium, and building started to look like a giant beer bottle opener. Nowadays it's the highest building in the city, although it's threatened to be overshadowed by another 632-meter high skyscraper that is being built in the Pudong district with a predictable name Shanghai.

I can tell you endless stories about different sights of Shanghai, the city where antiquity meets modern civilization, tradition crosses with avant-garde, and green parks are framed in glass and concrete, but why should I? You can enjoy this magnificent scenery through our new 360° video!

Interactive video of Shanghai at night