Fenghuang, a fairy-tale town in China#

China is one of the most ancient countries with its unique culture. It is the place where architecture and history are intertwined with legends, and the best example is the ancient town of Fenghuang standing on the Tuojiang River. Its name is written with the hieroglyphs designating "phoenix". No one knows the origin of this name, but eventually, it became symbolic: the settlement had the periods of both decay and rebirth. 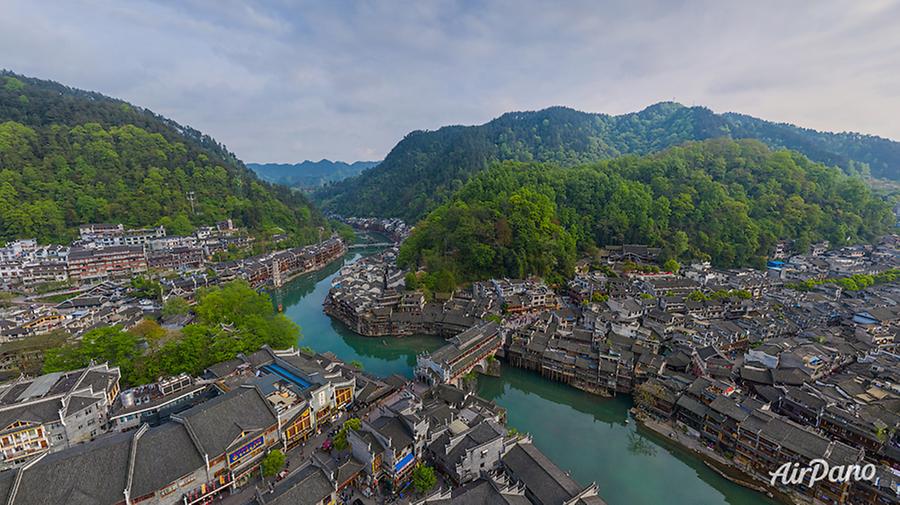 The precise date of the foundation is unknown. It is believed that people lived here as early as in the 7th century, but it was just a border post. In 1554, tired of constant attacks of the Miao people from the south, the Ming dynasty built a wall. 150 years later, the Qing, a young dynasty at that time, officially founded Fenghuang. 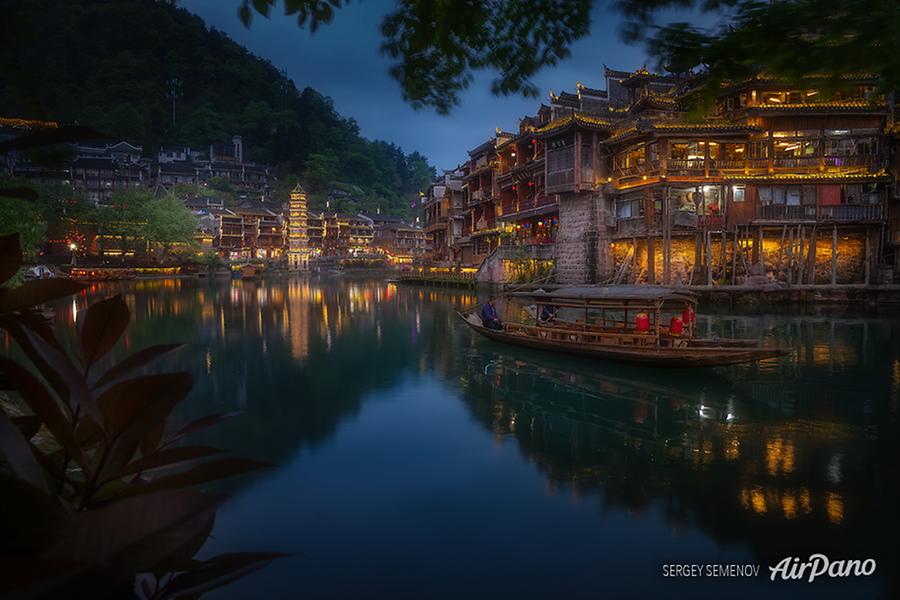 It was an important strategic point on a 190-kilometres-long defensive line. Even though the Southern Great Wall is less known than the Great Wall of China, it is still the major heritage of the country. 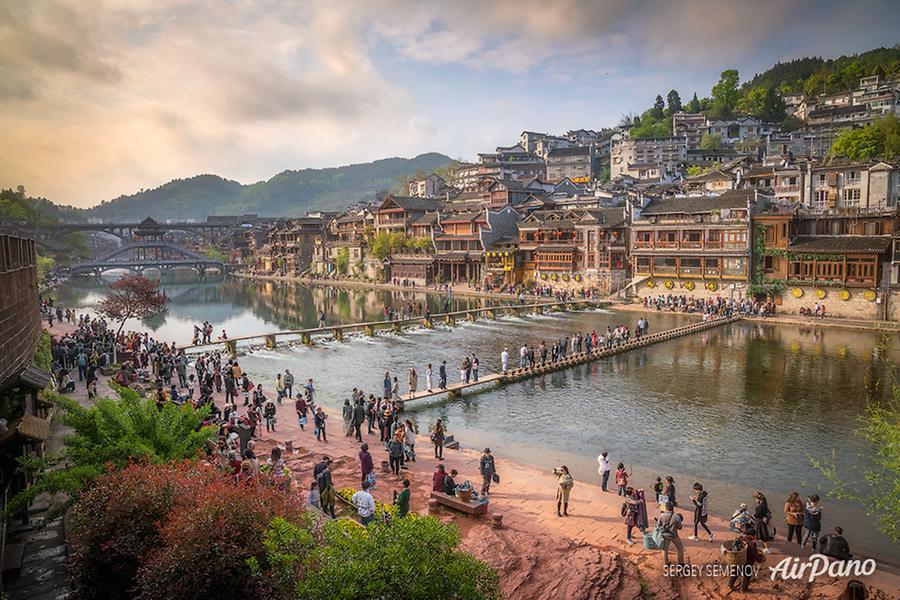 Fenghuang was added to UNESCO's World Heritage Provisional List, not only for its beauty but for saving the unique atmosphere, as well. When you happen to come here, you will immerse in the 18th century and will be able to get acquainted with daily routines and traditions of that time. Unique wooden houses stand on pillars and rise above the water; right at the doorsteps, women wash vegetables and their clothes in the river. Despite the great number of bridges (some of them are the architectural masterpieces), people still cross the river by hopping from stones to stones that stand out of the water. 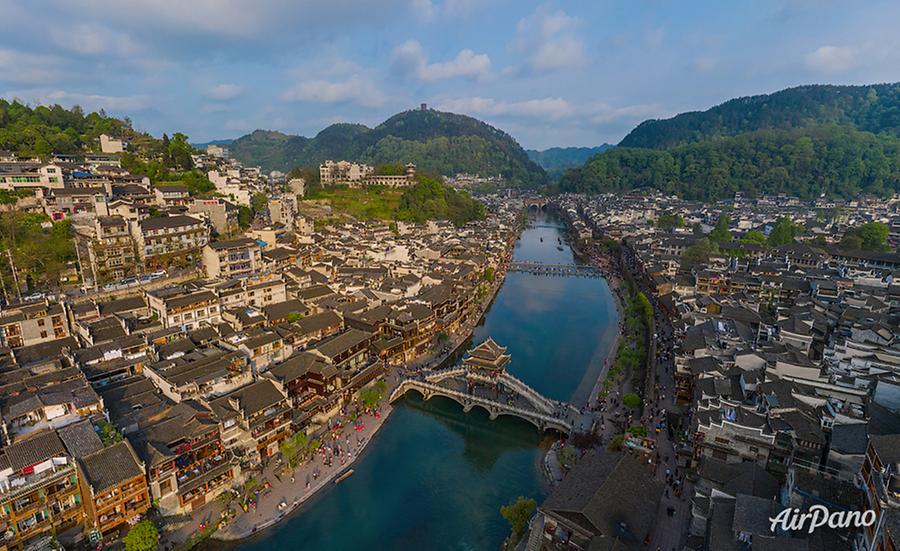 Fenghuang has become such a significant living historical monument that local authorities now protect it from the modernisation and the impact of the modern world. But it wasn't always like this, though. With the fall of dynasties and during the cultural revolution, many unique objects were reconstructed or destroyed. For example, at the site of the major part of the Southern Great Wall residential properties were built. Wanming Pagoda was destroyed in the 1960s and recreated 20 years later. The famous Rainbow Bridge was significantly rebuilt if comparing to the original version. Besides, Fenghuang suffers from constant floodings. 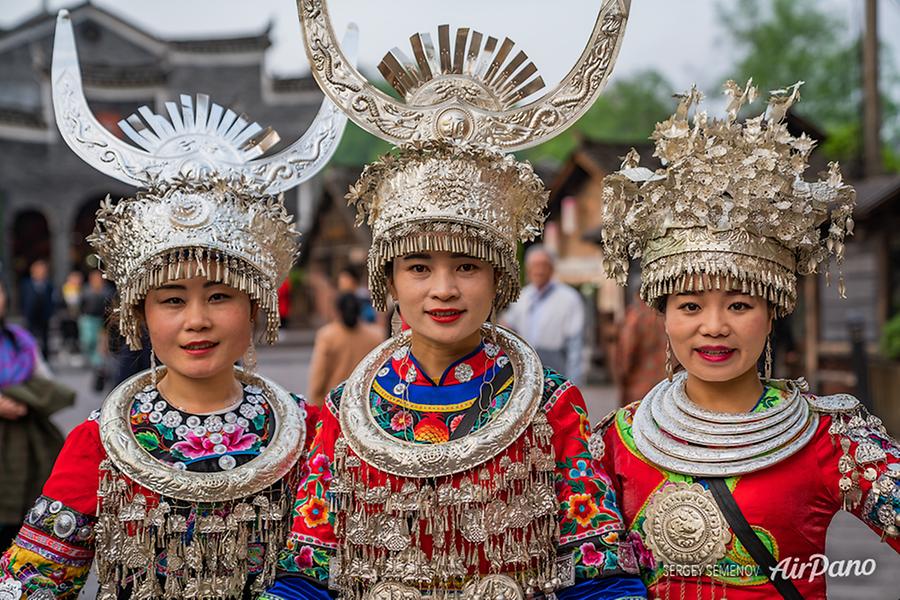 However, even the restored buildings look nice: you will be able to see it with your own eyes through AirPano panoramas. You will never guess that these houses have returned to life like a phoenix. And all this does not matter so much: by admitting the mistakes of the past, the modern Chinese authorities have invested significant efforts to show the traditional way of life and the magnificence of the Qing architecture, the last imperial dynasty of China. 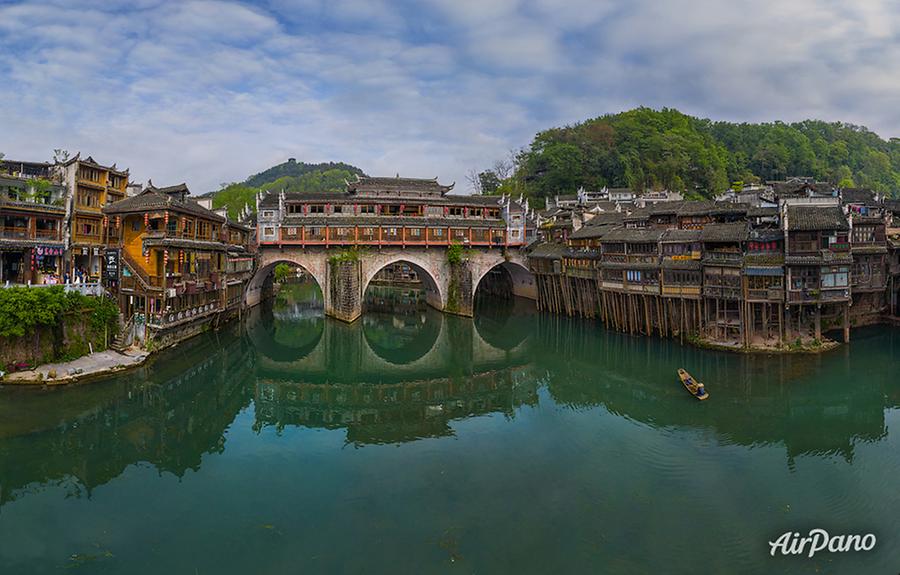 11 panoramas of Fenghuang, a fairy-tale town in China