The Nine Dragon - Wall in the Imperial Palace in Beijing#

All photos were taken by the author in 1991. The author is called „long“ by his Chinese friends (explanation see below). The photos are part of the author’s archive „picture-flood Jontes” 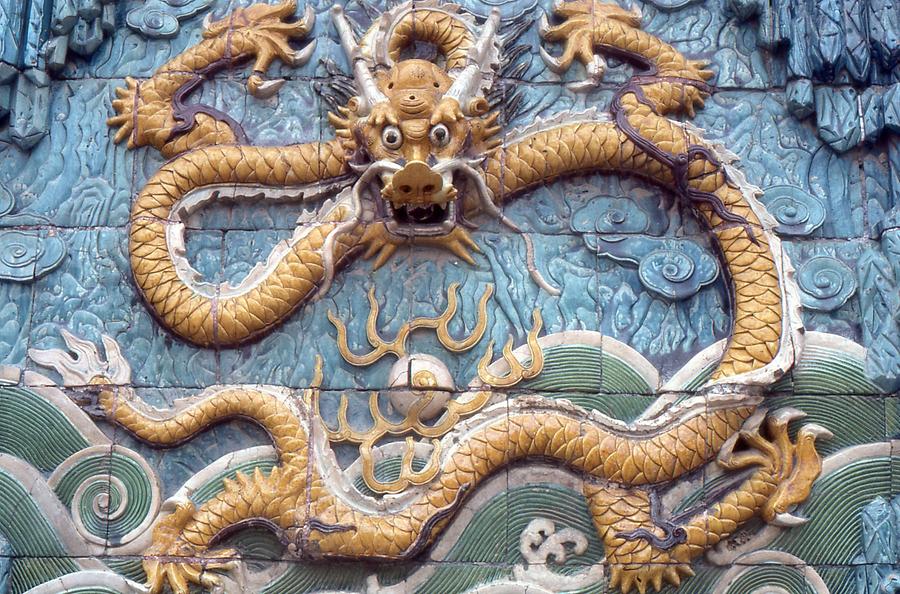 The dragon (chin. Long) is the Chinese fabulous creature which is higher in rank than all human beings. The dragon is also the symbol of the Emperor, the „Son of Heaven“. An imperial dragon can be recognized by its yellow colour and the fact that its paws have five claws. The Han people regarded the dragon as real and existing, as they do sometimes today in rural areas. The dragon has a harmonising character both in nature and in cosmos. It regulates when rain falls, its duration and amount. In the picture the dragon is shown as imperial creature between clouds and waves. According to Chinese thinking rain falls when it thunders. The thunder is represented by a flaming pearl, with which the dragon plays in heaven.

Its Western adversary, the dragon of Western countries, is the exact opposite. It breathes fire, blows out killing poisonous clouds and eats humans and animals. The dragon lives in caves from where it causes water floods. Only very brave and clever men can cheat and kill it. Even in the "scientific zoology" of European Middle Ages and the early modern time until the 17th century, dragons are considerd as real creatures in distant countries and they even depict them. The two most famous dragon slayers were Siegried of the Nibelungen saga and the knightly Saint George.

In Chinese historical zoology the dragon represents among the „five species“ the pangolins, animals covered by scales (like fish). Indeed, the dragon has a snake-like body that is covered with scales. It is a hybrid creature. As the Chinese say, you can still recognize antlers, the crest of a crocodile, the barbels of a fish, the ears of a cow and the paws of a lion.

His image plays an important role, because it chases away evil influences and fights against demons in various ways. In Chinese culture, Feng Shui („wind and water“) is held as a "geomantic art" that is considered as very important in building construction and interior design until today. A house, but also a grave, should be constructed in such a way that it has an elevation, a mountain in the back in which a protective dragon is living. In the south, everything should be reflected in the water. Therefore, it is logical, that the huge complex of the Imperial Palace in the „Forbidden City“ in Beijing is constructed in a north-south direction. In the north, the Palace is also protected by the so-called „Coal Hill“ which is situated outside the comprehensive mile-long wall.

This was not enough for the planners, because inside the wall, there is a further barrier to the evil, the Nine Dragon - Wall. 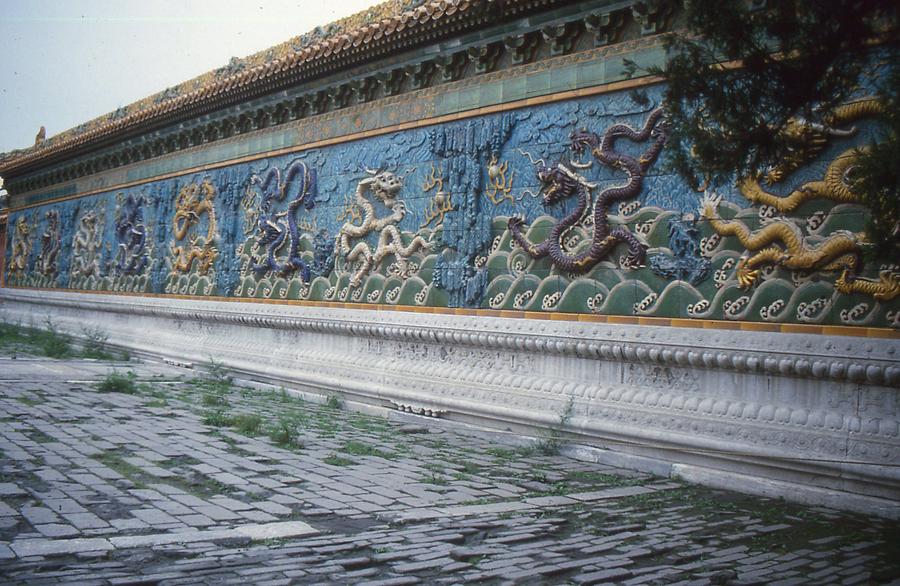 In colorful sequence, there are nine dragons that float in various positions over the waves on earth and the clouds of the heaven and play with the flaming thunder pearls. The colorfulness of its design results in an extremely moving and vivid picture. In China the number nine has (like all digits) a symbolic meaning. As a power of three, nine is like all odd numbers a male number. Because of its mythical trinity „heaven – earth – human being“, nine is very important and loaded with spiritual powers. According to the understanding of the cosmos, the heaven has nine fields. Thus, the Nine Dragon-Wall protects powerfully the Palace against evil. 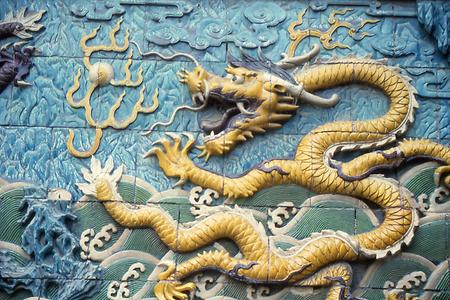 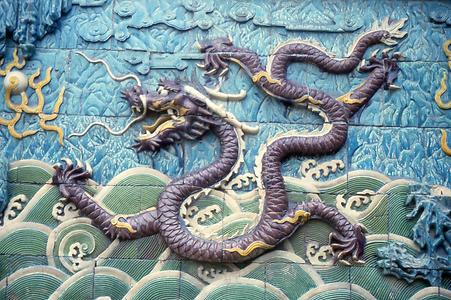 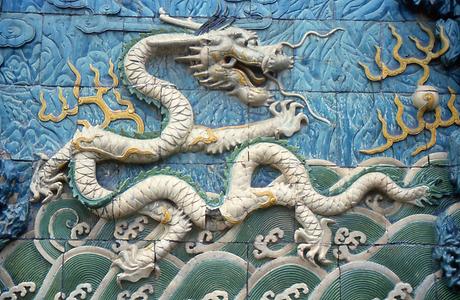 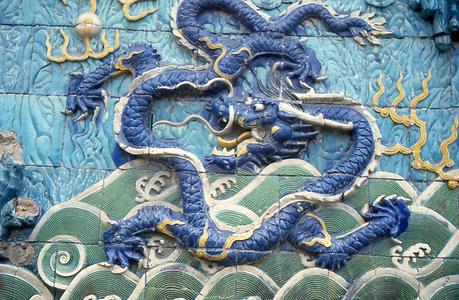 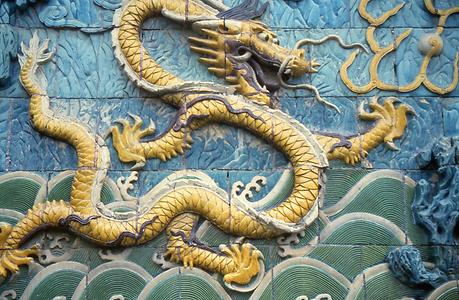