Situated in the northwest of the country, Seattle is one of the biggest cities of the USA. Its first name, given just after the foundation in 1851, was the "Future New York", but it did not stick. Soon the city was renamed after an outstanding chief of the local Indians.

Apart from that Seattle has many unofficial vivid nicknames: one of them, the "Emerald City", refers to the fact that the city is surrounded by water and evergreen forests. Informally it is also called the "Gateway to Alaska" and the "Rain City"; the nickname "Jet City" appeared due to the influence of the Boeing company, which was founded here. 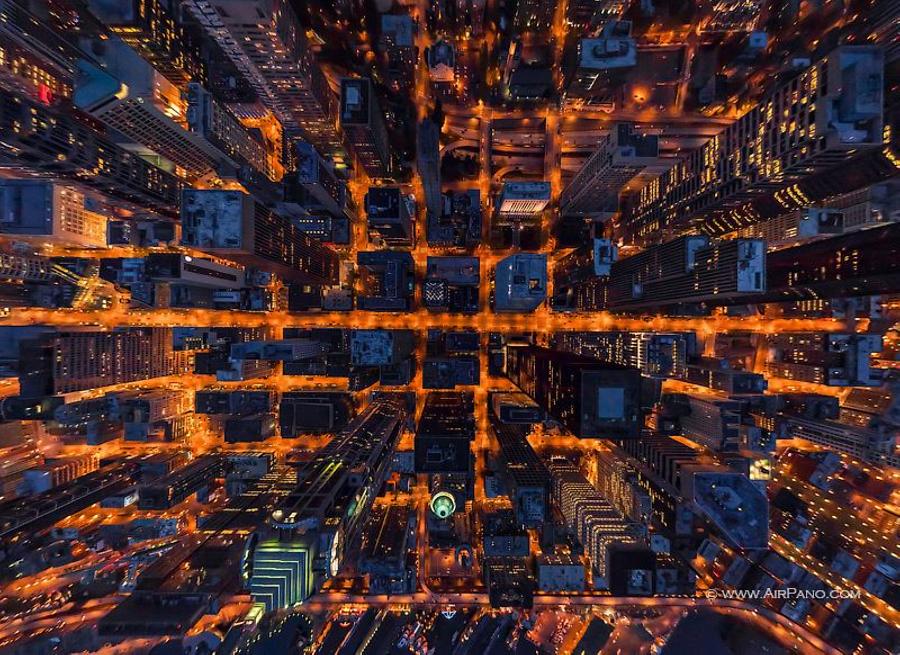 Seattle is situated between the Puget Sound, an arm of the Pacific Ocean, to the west and Lake Washington to the east. It is considered that Seattle, as well as Rome, lies on seven hills including Capitol Hill. By now the city has grown wide and the its territory includes more highlands which create the unique appearance of the landscape. 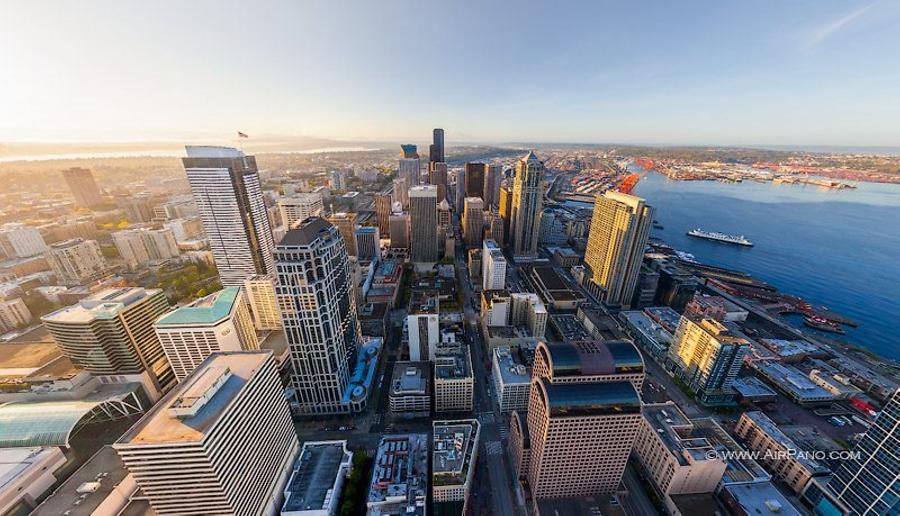 The most recognizable feature of Seattle and of the whole northwest Pacific Coast is the Space Needle Tower built in futuristic style. It is a part of the Seattle Center originally created for the purposes of the 1962 World's Fair. Being 184 meters high and having the weight of 9 550 tons, the tower is equipped with 25 lightning-rods, so that it can withstand storms up to 320 km/h and earthquakes of up to 9.1 magnitude. Tracery constructions support the "flying saucer" at the height of 159 meters. It is an observation deck which, as well as our panoramas, makes it possible to observe the whole Seattle, parks, lakes and mountains. 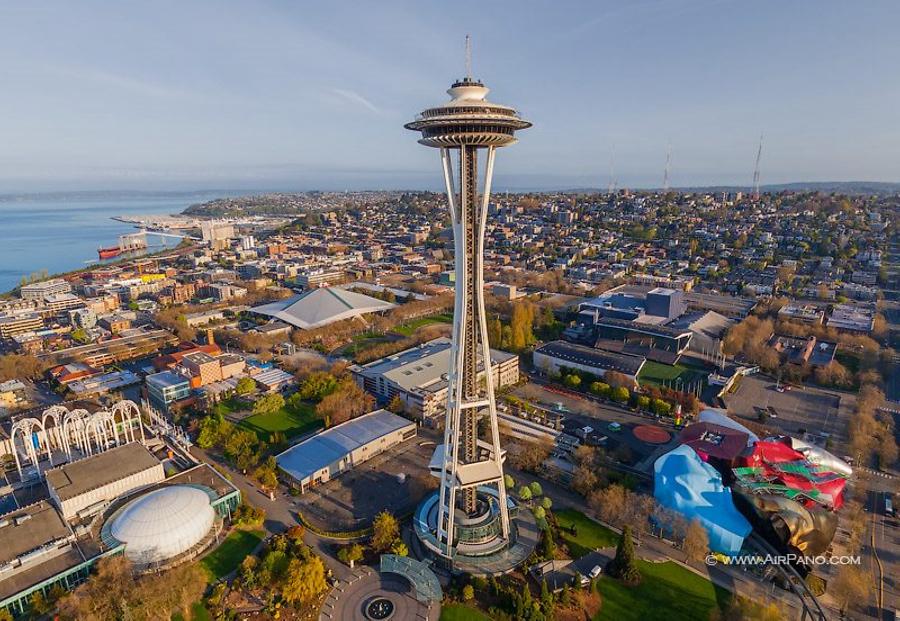 At the same time the Space Needle is not the highest building in the city. Since 1985 Columbia Center, a 76-storey and 284 meters high building, has received this status; the second tallest building is the "1201 Third Avenue" skyscraper previously called Washington Mutual. There are many other high-storey buildings in Seattle, but some low-storey buildings are not less interesting. One of them, for example, is Pike Place Market situated on the edge of a steep hill; it is one of the oldest continental markets in the United States. Here one can not only buy something, but also have a good time in a cozy cafe or enjoy performances of the local artists. People use elevators and stairs to move between the levels of the market. Average amount of people visiting Pike Place Market annually is around ten million people.

Just under the market there is the famous Seattle Waterfront overlooking the Elliott Bay and the Olympic Mountains. By the way, a ferry ride is a very popular activity in the Emerald City: water trips make it possible to admire all the natural and architectural sights of Seattle from the outside.

The same can be done with the help of our panoramas. The "Rain City", bearing this name not because of continuous precipitations but because of great number of cloudy days per year, gave us the possibility to take photos in sunny weather. So this is one more chance to be impressed by Seattle.