San Francisco is one of the most famous cities in the U.S. Its path is inseparably connected with the history of the country.

Native Americans inhabited this land for thousands of years before the Europeans arrived. Sir Francis Drake, a famous British sea captain, was the first to discover the entrance to San Francisco Bay, but he did not study the area. In 1579, Sir Drake claimed the shore for the English Crown (calling it "New Albion") and moved on with his expedition.

The actual city was founded in 1769 when a Spanish exploration party, led by Don Gaspar de Portolà, arrived here. After Mexico claimed its independence, the city of San Francisco, as well as the entire state of California, became Mexican territory; and only after the Mexican-American War in 1846, did the city go back to the United States. 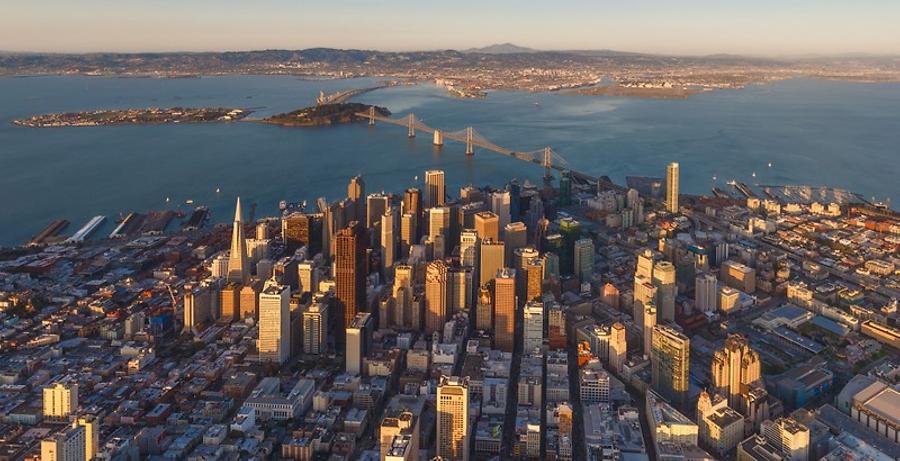 City from the altitude of 500 meters

The city of San Francisco experienced a rapid growth in the 19th century when gold was found in California. During a period of only 2 years, (from January 1848 till December 1849) the population of San Francisco grew from 1,000 to 25,000 people. This made San Francisco the largest city west of the Mississippi River, until Los Angeles claimed the title in 1920.

The Gold Fever changed the nature and the economy of San Francisco. Wealthy and famous bankers, tycoons, and mine owners began building their mansions in the Nob Hill neighborhood (later, many of these houses became famous hotels). Among those attracted to San Francisco by the Gold Fever was a man named Levi Strauss. After acquiring a patent for making "strapless worker's overalls with a pocket for a knife, money, and a watch" (utterly comfortable and widely used gold miner's clothing) he started Levi Strauss & Co., and by accident "invented" jeans, without which the modern world cannot live now.

One more important landmark of San Francisco's history is the infamous earthquake of 1906. The most loss, however, the city suffered not from the earthquake, but from the fires that followed. Because of the damaged water supply system, the fires could not be contained for 4 days. Nearly 300,000 out of 410,000 citizens of San Francisco lost their homes to the fires. 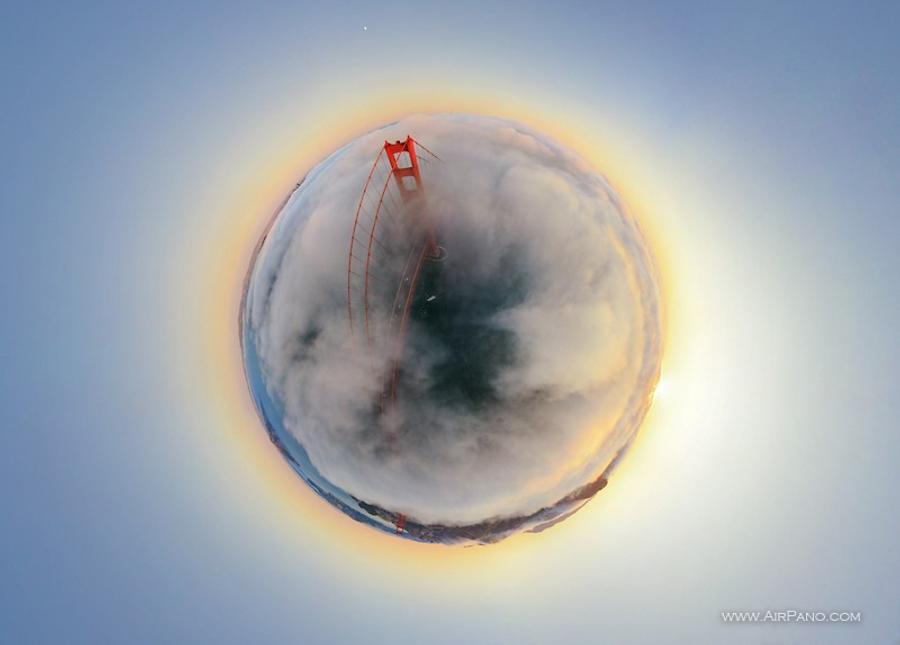 After this unfortunate event, the city had to be rebuilt literally from scratch. As time passed, the original blueprint of the city streets was restored. Besides, the city government considered some new ideas proposed by Daniel Burnham, a famous American architect. Thanks to him, San Francisco now has wide streets, a main transportation line, and a large residential complex built in neo-classical style. 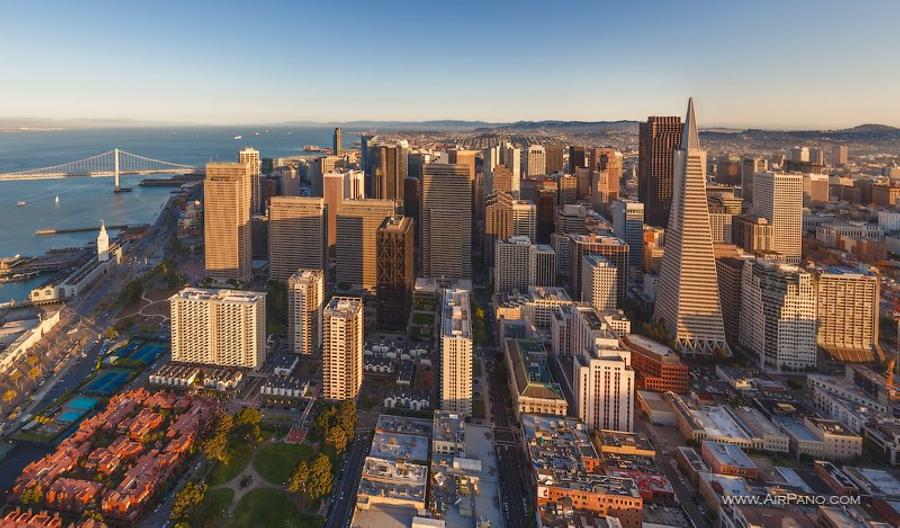 In 1915, the so-called Palace of Fine Arts was added to the list of San Francisco's landmarks. This is a building with an interesting and rather unique history. Originally, it was a temporary Pavilion of Fine Arts that was a part of the Panama-Pacific Exposition. After the exposition was over, all other structures whipped up in plaster were demolished. However, the citizens of San Francisco loved the look of the Pavilion of Fine Arts so much that they called it a "palace", prohibiting its demolition; and so it stood there in its original plaster state until they built an exact copy in stone, adding an elegant pond by its side. 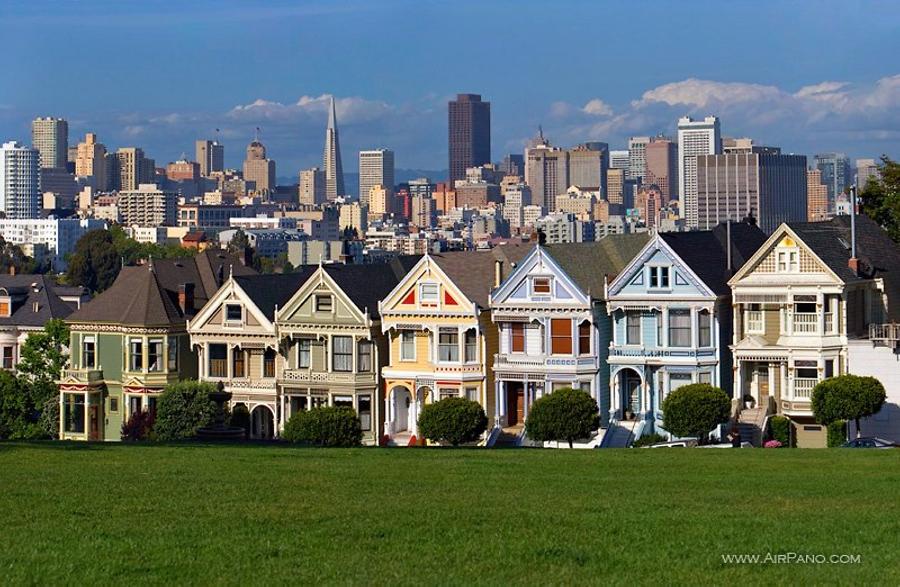 In the 1930s, the War Memorial Opera House became yet another beautiful site of San Francisco. And, the most famous landmark of the city is the Golden Gate Bridge, a world-famous suspension bridge built in the same historical period and is still unmatched by any other structure. It is a unique architectural monument connecting the northern side of the San Francisco peninsula with the southern part of Marin County. Besides, Pacific beaches (including the famous 4.7-kilometers long Ocean Beach) are an integral part of San Francisco landscape, as well as the waterfront Fisherman's Wharf neighborhood and the parks (there are over 200 of them in the city).

You can admire the beauty of one of the most interesting cities of the U.S. through our photo panoramas.