Photos by Stas Sedov and Dmitry Moiseenko member of the Airpano Team that are members of the global-geography Consortium.
Jan. 25, 207

Peru is an incredible country with a quite ancient history, authentic architecture and exotic traditions. The same can be said about its capital, Lima. The city, founded back in the middle of the 16th century by Spanish conquistador Francisco Pizarro, has preserved its unique ancient atmosphere till nowadays. It is a genuine architectural museum featuring diverse styles.

Originally the city was founded as Ciudad de los Reyes, Spanish for "the City of the Kings". Thus Pizarro intended to emphasise the importance of a new strategic post. The port that was located on the coast of the Pacific Ocean, at the foot of the Andes in the valley of several rivers. It allowed the ships to go forward into the depths of the country, undertake further conquests and widen the colonised territories. 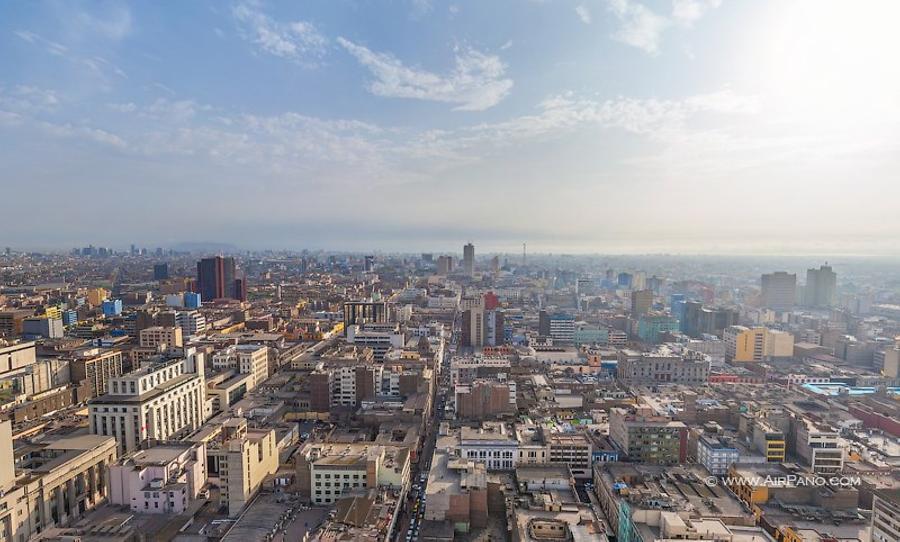 However, this ambitious name did not get accustomed: locals carried on calling the city by the name of the whole area. It did not prevent Lima from flourishing and developing, though. The favourable location resulted in expanding trade, evolving culture, arts and education. 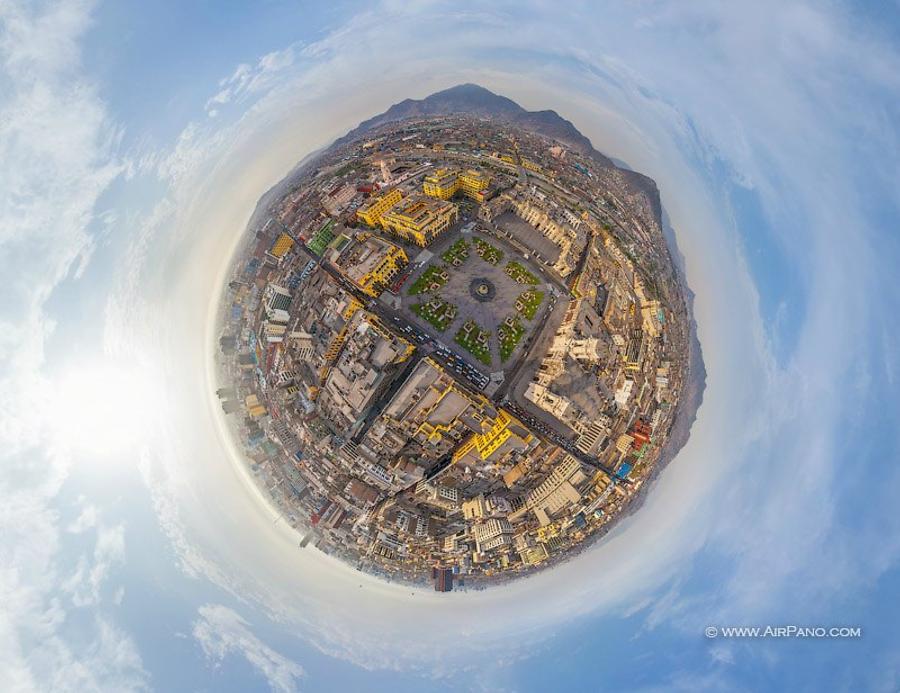 Spanish noble people tended to raise luxurious estates, and everyone wanted to be closer to the city centre. The building process was carried out according to the plan approved by the Spanish King himself: strictly straight streets following a grid centred on the square shape of the plaza. That's how the architectural ensemble of the Plaza de Armas together with its surroundings was formed, and now it is a UNESCO World Heritage Site. 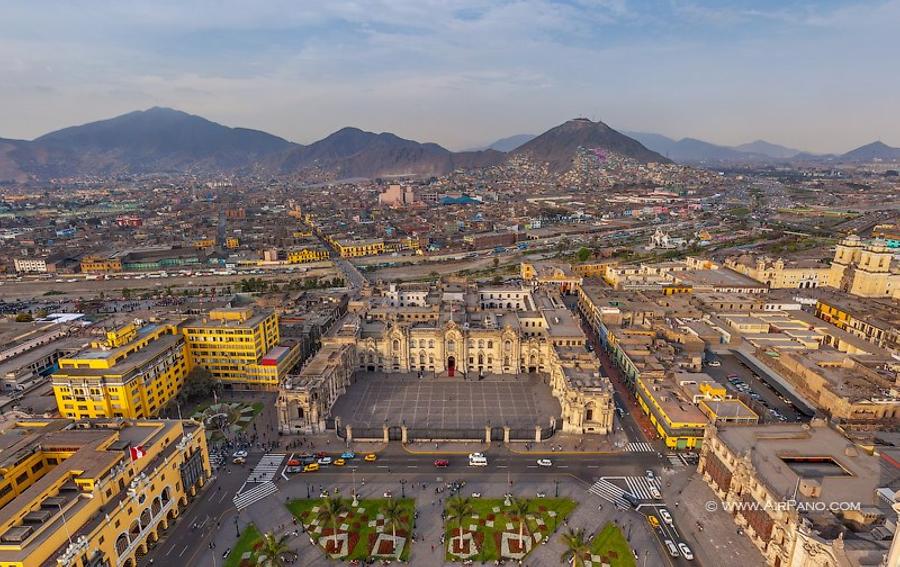 Previously, at the colonial times, the Plaza was the place for a market, bullfights and executions. The historians suggest that it is the very place where the first heretic in the New World was executed; that happened on November 15, 1573.

All the significant buildings of the Plaza were eventually and repeatedly rebuilt due to earthquakes and the latest demands of the changing times. The Royal Palace, now known as the Government Palace, is officially the oldest building of the city, although it has not preserved its initial look and had been under reconstructions until the 20th century. The Cathedral of Lima and the Archbishop's Palace faced the same fate. In 1650 a bronze fountain was installed on the square and now it is one of the most remarkable monuments of the city. And despite the combination of rather different styles, beginning with the gothic and ending with the neo-colonial style, the whole square is a harmoniously looking monument of the legendary past.

The architectural complex of Huaca Pucllana is a monument of more ancient history located in the Miraflores district. In the middle of the 20th century, a unique clay pyramid was discovered by archaeologists. Although it was built in between 200 AD and 700 AD with the use of clay, sand and water, it is still well-preserved. Once it was an important ceremonial centre of the pre-Inca culture, and now it is a popular tourist destination.

The present-day Lima can be best represented by the Park of the Reserve (Parque de la Reserva). The park was inaugurated on February 19, 1929, and named in honour of the soldiers who defended the city during the War of the Pacific. In the 1960-s the park began to decay and by 1990 most of the constructions, fountains and pavilions had been practically destroyed. The rebirth of the park took place in 2007 with the opening after a major reconstruction. Since then the park has comprised a new absolutely unique feature: the Magic Water Tour (El Circuito Mágico del Agua). It is currently the world record holder for the largest fountain complex in the world (this fact has entered the Guinness World Record book). Many of the fountains are interactive: the flows of water are accompanied by music, video and laser actions, and the biggest fountain raises at the height of 80 meters.

Among other notable sights of Lima are remarkable museums and beaches. Have a journey to this remote and exotic corner of the Earth together with AirPano: Four exciting 360° panoramas of Lima.