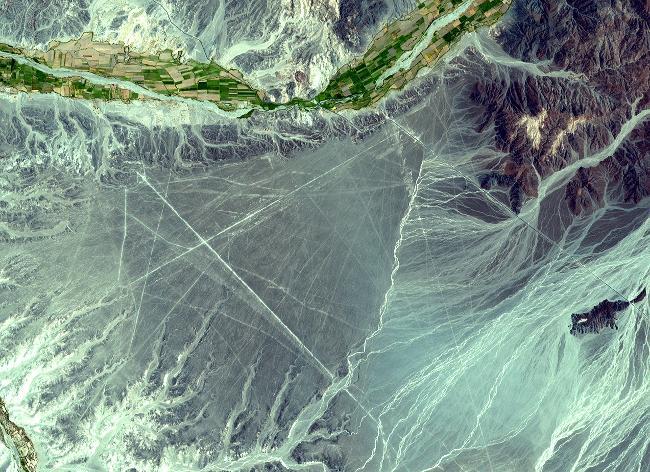 Image courtesy of NASA., under PD
The Nasca Lines, located in the desert coastal plain of Peru 400 km south of Lima, were first observed in the 1920s when commercial airlines began operating in the area.

Clearly seen from the air, the Lines were made by removing the iron-oxide coated pebbles which cover the surface of the desert. The lighter shade of the exposed ground contrasts with the color of the gravel. South of the Nasca Lines, archaeologists have now uncovered the lost city of the Line-builders.

Known as Cahuachi, it was built nearly 2,000 years ago and was mysteriously abandoned 500 years later.