Photo by Dmitry Moiseenko, members of the AirPano Team that is a member of the global-geography Consortium.

Cancun is one of the most famous resorts towns in Mexico visited by almost seven million tourists every year. Half a million of local residents are involved in tourism industry and work hard to provide guests with high quality recreational experience.

Meanwhile, in 1970, less than half a century ago, only three people lived here, and the only activity they did was looking after a coconut plantation. Total population of the area was only 120 people, including residents of neighboring fishing villages. 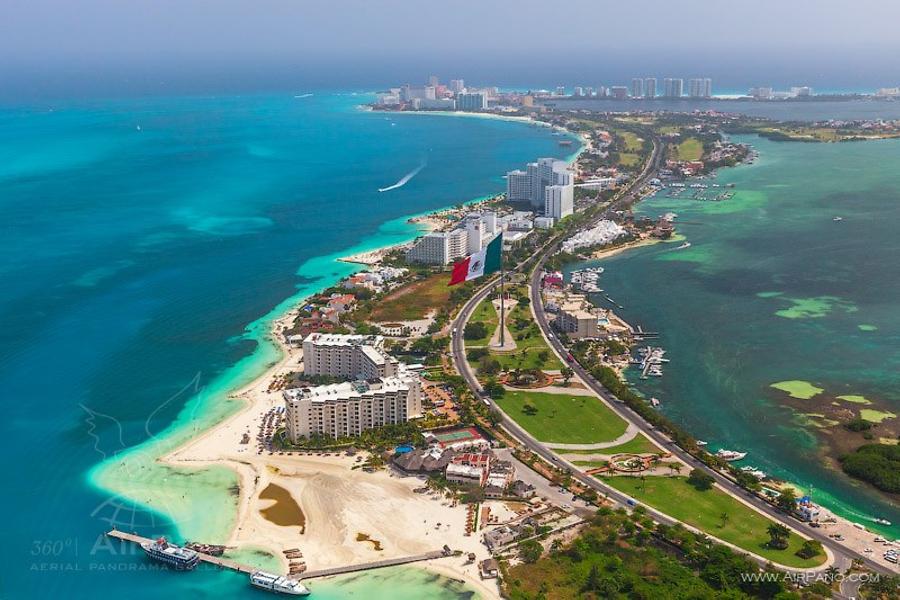 However, excellent geographical location and climate prompted a resort. But at the time there were no investors who believed that a coconut farm could be turned into an upscale vacation spot, and the first nine Cancun hotels were financed by the Mexican government.

Cancun is located on the sandy shore reminiscent of number "7", measuring 400 meters in width and 30 kilometers in length. The quality of Cancun's snow-white beaches is so high that not so long ago a wealthy American businessman purchased several barges of local sand for his country residence in New York. 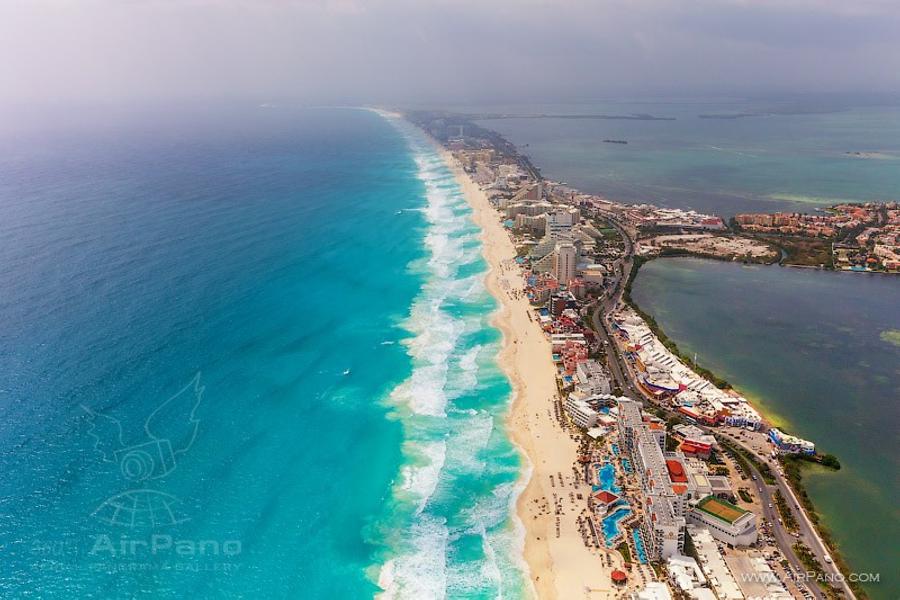 "Seven" divides this resort town in two parts. The smaller part is characterized by a calm sea, because it's cut off from the ocean by Isla Mujeres (Spanish for Island of Women). And the main attraction of the longer stretch of the shore is constant unstoppable waves coming from the open ocean.

Cancun waters attract not only surfers, but also scuba divers: the water here is very clear, visibility in some places is 100 meters. Palancar Reef stretches along the coast, which is one of the biggest coral reefs in the world. 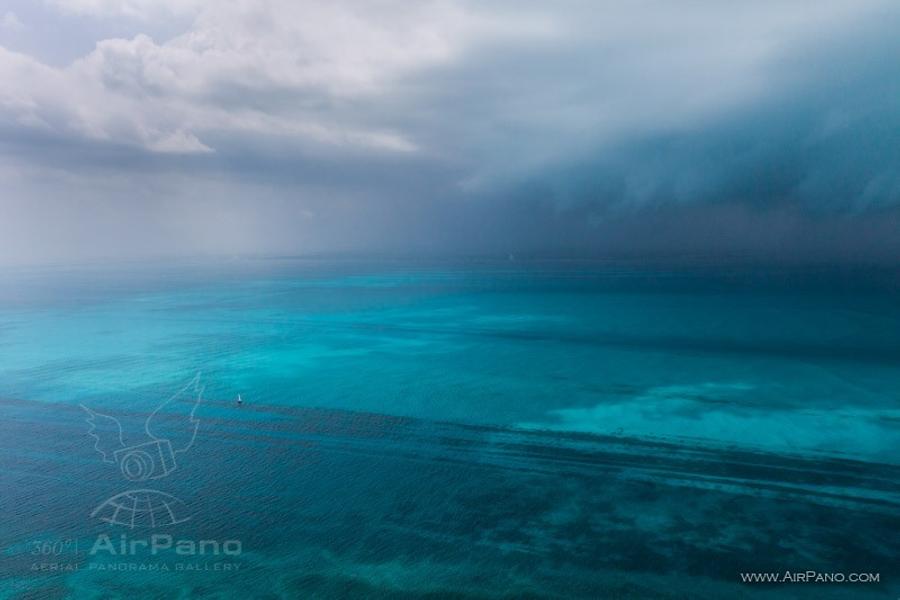 Year after year all of these sights attracted more and more tourists; more hotels were built to accommodate the growing number of visitors. In 2007 the United Nations World Tourism Organization (UNWTO) awarded Cancun a price "for great achievement in development."

But beaches are not the only attraction of Cancun. This location is historically connected with mysterious Mayan civilization: not far from here you can see ancient stone walls surrounding Tulum city, and other monuments of that era. Cozumel Island is another amazing place near Cancun: besides its natural and historical attractions, the island is also famous for its underwater beauty that appeared many times in films of famous explorer Jacques-Yves Cousteau. In 2010 a unique underwater museum was opened in the resort (or rather, in its waters): hundreds of different sculptures were flooded as a base for the future coral reef, and as a museum that can be visited by tourists. 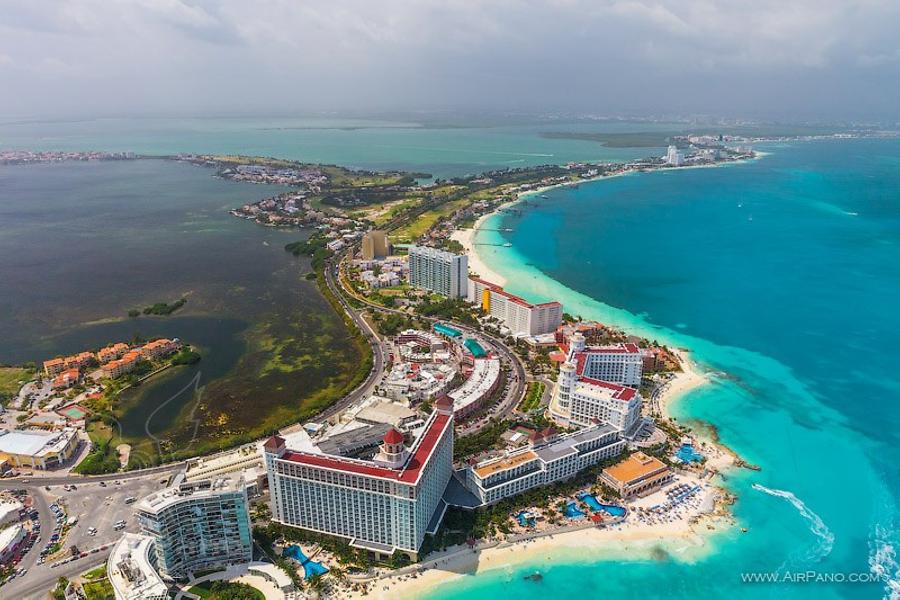 Although some of these sights can't be found in our panoramas, we felt that without this information you wouldn't get the overall impression of Cancun, because this Mexican resort location is way more than just a long shoreline of white sand with a bunch of hotels. It's an ancient land with rich history and carefully preserved nature that wasn't spoiled by tourism industry, but on the contrary, revealed its uniqueness because of it.