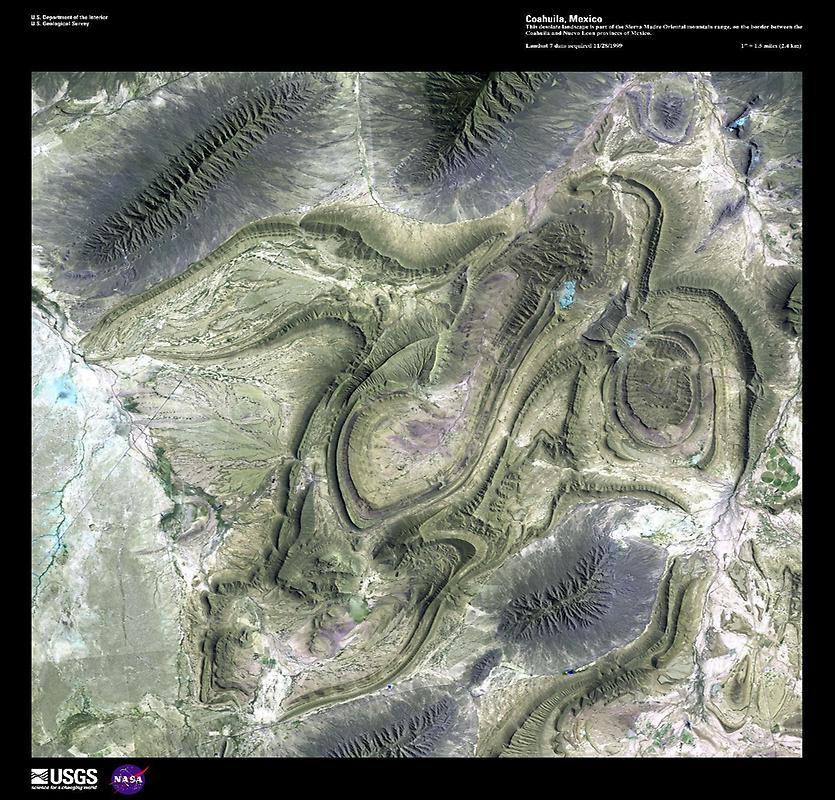 Image courtesy of USGS., under PD
This high-resolution satellite image shows part of the Sierra Madre Oriental mountain range, on the border between the Coahuila and Nuevo Leon provinces of eastern Mexico.

In the area shown, ancient sedimentary rocks were folded as a result of a tectonic collision that some geologists consider related to the Appalachian folding of eastern North America. This mountain range is drier than the rainforest areas to the south.