The AirPano team has already captured panoramas in Guatemala, a bright country in Central America with an interesting history. We showed you the pyramids of the Maya civilization in Tikal and the ancient city of Antigua, so now let's make a virtual journey to the capital! It bears the same name as the whole country, deriving from the word Cuauhtemallan, which is Indian for "place of many trees". Spanish conquistadors liked the way it looked and sounded, so they used it to name the conquered territory.

Guatemala is not only the largest city in the country but also in Central America. The area of almost 700 square kilometres is home to around 2.5 million people while the architecture represents a harmonious combination of antiquity and modernity. 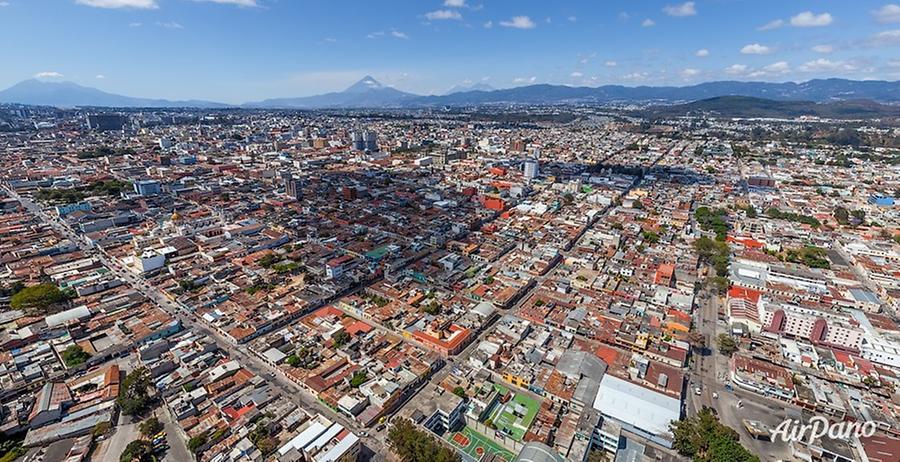 More than half of the residents, around 60%, profess Catholicism, so it is not surprising that many of the sites refer to this religion. One of the most famous sights of Guatemala is the baroque church of Cerrito del Carmen. It has an absolutely special story: it was built in the 16th century, a hundred years before the foundation of the city! The legend tells that having visited the Holy Land, one of the pilgrims brought here the icon of Our Lady of Mount Carmel that was given to him by the Discalced Carmelites monks. This icon was supposed to spot the construction site of a temple in its honour. The sign appeared in Guatemala, and thus a small skete with a bell tower was erected at the top of the hill; so later was the church. Both the church and this hill were named Cerrito del Carmen, after the patron saint of the Order, the Blessed Virgin Mary from Mount Carmel. In 1917 and 1976, this area suffered from earthquakes, but each time the temple was carefully restored. 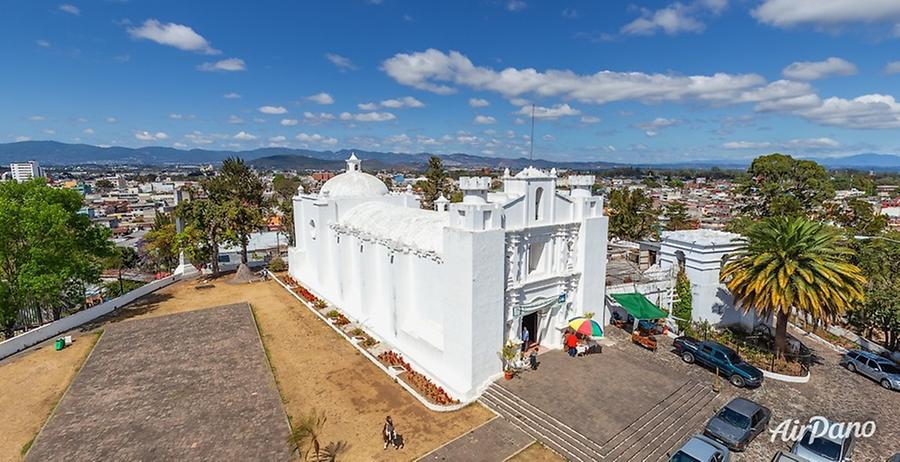 Another important historical and spiritual sight of Guatemala is the Metropolitan Cathedral or the Holy Church Cathedral Metropolitan Basilica of Santiago de Guatemala. Its massive structure that combines elements of Baroque and Classicism has survived many earthquakes: even after the largest one, it required minor restoration. In front of the building, there are 12 columns representing a memorial honouring the people who were missed or killed during the internal armed conflict in Guatemala in the second half of the previous century. 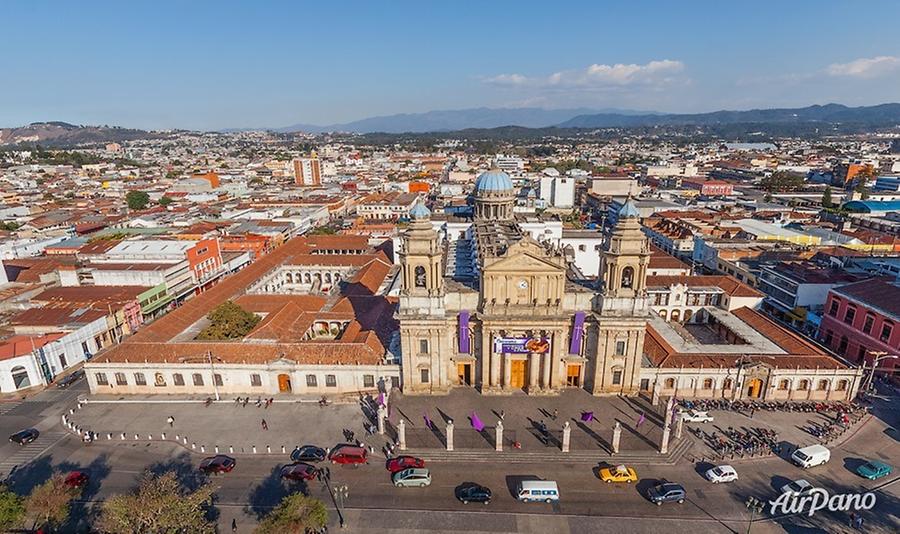 The temple stands at Plaza de la Constitución (Constitution Square), the main square of the city and entire country. Nearby are the National Palace and the National Library, a state flag has been erected to mark the zero kilometre. 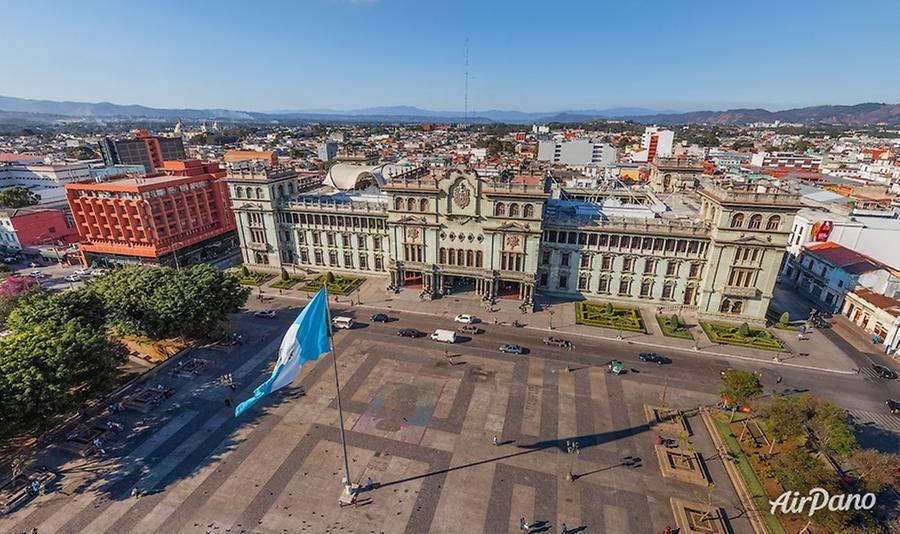 In Guatemala City, there are many high-rise buildings and only one of them is higher than 100 meters: such architectural requirements were established due to the proximity of the airport and the need to ensure aerial safety. Our virtual tour will lead us to the districts lying south of Constitution Square. The 69-meter-high Dubai Center, two 70-meter towers of the Géminis residential complex with round platforms at the top and other skyscrapers rise here. 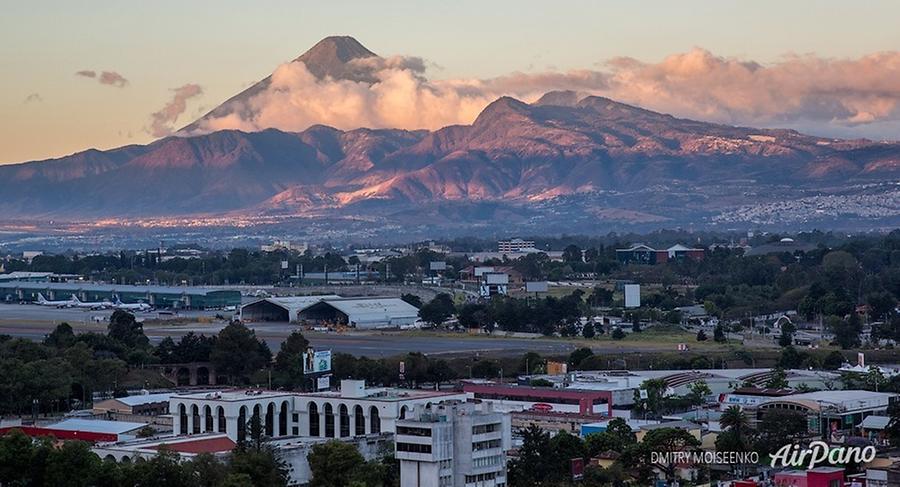 In 1905, a relief map of Guatemala appeared in the city. Its covers about 1,800 square meters; the scale is 1:10 000. At that time, there were no modern computer and satellite technologies: the engineers who created it were manually measuring the landscape for fifteen years. At that time, this map was the most accurate geodetic project. 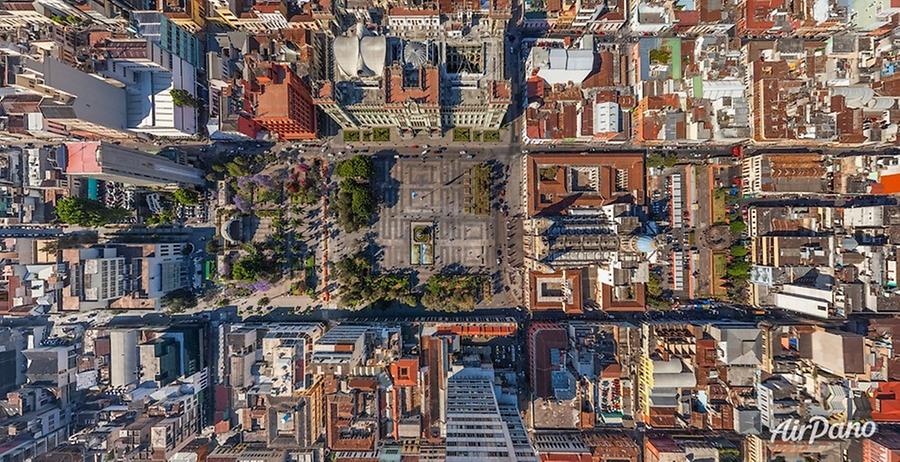 An equally iconic place in Guatemala City is the Centro Cultural Miguel Ángel Asturias, which is also called the National Theater. It was erected in 1978 and, as envisioned by the architect, it is supposed to resemble the outlines of a seated jaguar. The country's largest cultural centre, named after the Guatemalan writer and Nobel laureate Miguel Ángel Asturias, includes a variety of educational and theatrical platforms, as well as an outdoor amphitheatre.

The largest stadium in Guatemala has also found itself in the capital: the National Stadium Doroteo Guamuch Flores (internationally known as Mateo Flores) built to host the Central American and Caribbean Games in 1950. It is named after a distance runner who won the 1952 Boston Marathon.

Our virtual tour of Guatemala is coming to an end and we hope you were able to see how diverse, beautiful and interesting this Central American city is!