Photos by Stas Sedov and Dmitry Moiseenko, members of the AirPano Team that is a member of the global-geography Consortium.

Guatemala is an ancient country with a rich history leading to the epoch of the great Maya civilization. In 1523 the Spanish conquerors led by the conquistador Pedro de Alvarado came here. He became the first state governor of Guatemala and settled down in the city, founded by himself — Santiago de los Caballeros. But in 1541, the year when the conquistador passed away, the city founded by him died too: it was destroyed by landslides and streams of lava caused by the eruption of Agua volcano. 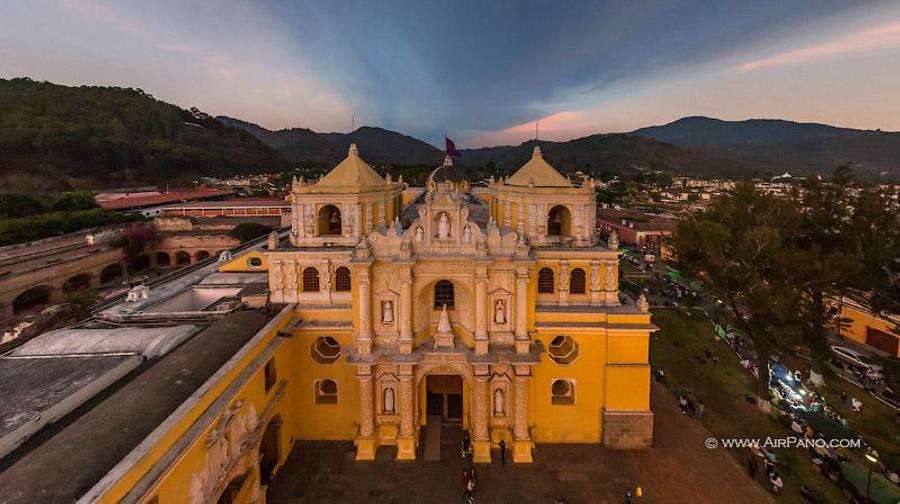 Authorities had to move the capital a little aside, and a new city was also given the name Santiago de los Caballeros. For more than two centuries it housed the residence of the General Captaincy of Guatemala — that was the title for the administrative division of the Spanish Empire between 1609 and 1821. The city witnessed the fascinating prosperity and became the major center of the Spanish Empire between Mexico and Lima. 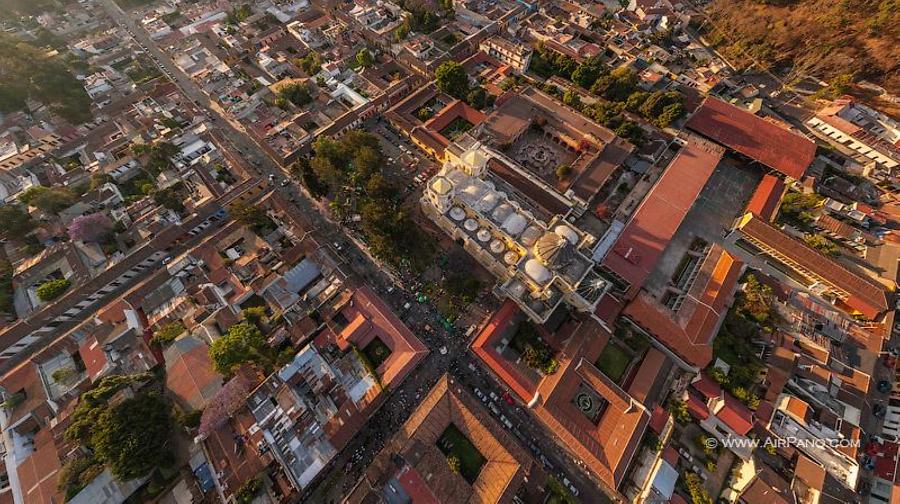 In the 18th century its population counted around 60 thousand people, in 1676 a university started functioning in the city, and in 1660 the book-printing was initiated here. But, unfortunately, the city suffered continuous earthquakes, and in 1773 was practically destroyed. The Spaniards had to change the location of the capital again, and in 1776 the main city of the country was moved to a safer location and was christened Nueva Guatemala de la Asunción (or simply Guatemala). What had remained of the badly damaged city of Santiago de los Caballeros was thereafter referred to as Antigua Guatemala (the Old Guatemala). 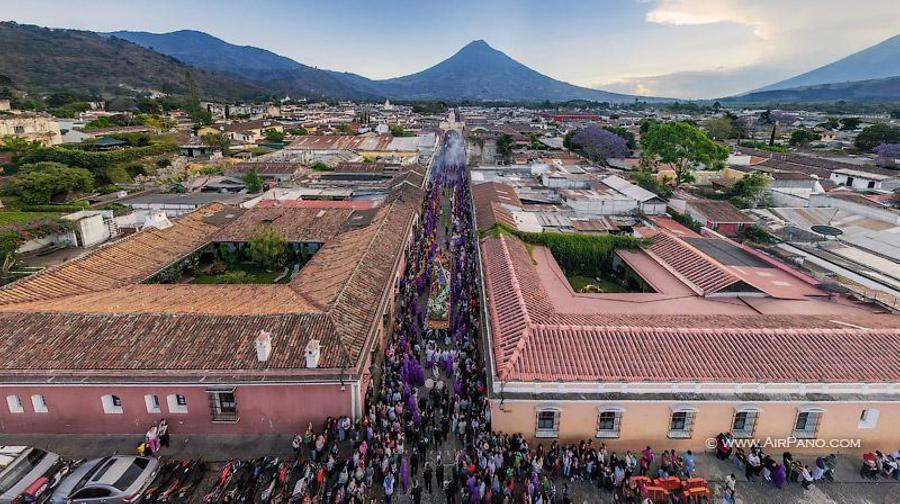 Eventually, many significant monuments of Antigua were restored and now function as museums. And even though the city has lost the status of the capital, it definitely can be named the main touristic city of the country. In 1979 it was designated a UNESCO World Heritage Site — one of the first Sites on the territory of Latin America to be included in that list.

The heart of the city — the Central Park (Parque Central) with San Joseph Parish (St. James Cathedral), the Captain General Palace, the City Hall, the ruins of the Convent of the Capuchins, and one of the most ancient temples of Antigua — the Church of Saint Francis built in 1579, are among major sights of the city. The building of the former municipal prison today houses the Museo de Santiago, storing an extensive collection of the colonial period items. The Museo del Libro Antiguo is now located in the building where the first books of Central America were printed. 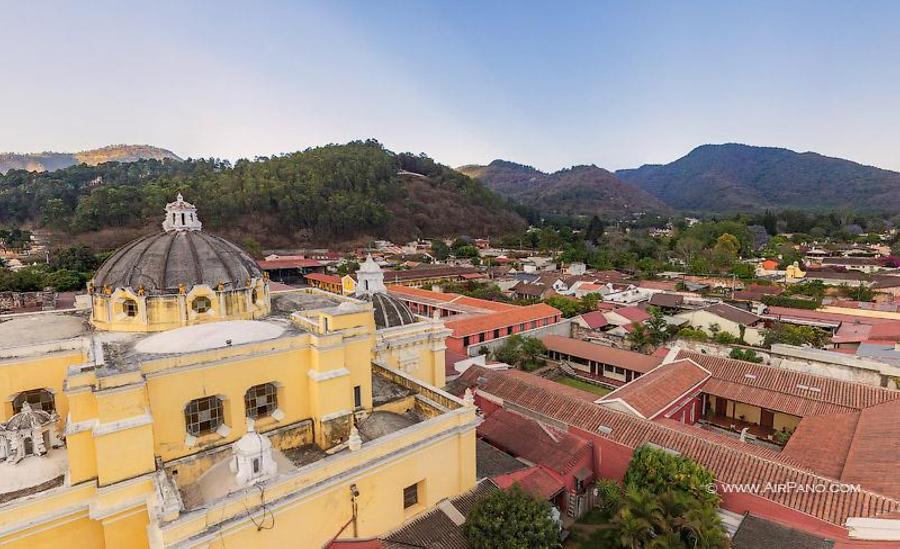 Mountains and lakes surrounding Antigua create an incomparable landscape. Three of thirteen volcanoes, rising above the western outskirt of the city, are still active. Some of them are open for visiting, and those people who live too far from these astonishing places can have a look at it from above with the help of AirPano panoramas.