The island of Hispaniola (Haiti) located in the Caribbean Sea is a home to two independent countries. One of them, as you might have already guessed, is Haiti, and another one is the Dominican Republic. Despite the proximity, these countries are as different as night and day.

The island was discovered by Christopher Columbus in 1492 and was named Hispaniola. Prior to such discovery, the island was populated by peaceful indigenous people from the mainland. The life on the island was completely changed with the arrival of the Europeans. By that time local Pacific inhabitants just learned how to work with metal, so it was hard for them to withstand the attacks of civilized and aggressive newcomers.

As a result, the island of Hispaniola was split into two uneven parts: the French occupied about 30% of the western territory, which is the Republic of Haiti now; and about 70% of the eastern part became a Spanish colony.

Over the next several hundreds of years, the island has seen many wars, including an incredibly bloody riot of Haitian slaves of 1791-1803. During the riot, the Haitians robbed several cities in the eastern part of the island and killed almost the entire local population. These events marked the beginning of an ongoing deep hostility between the people of Haiti and the Dominican Republic, which was founded in 1844. 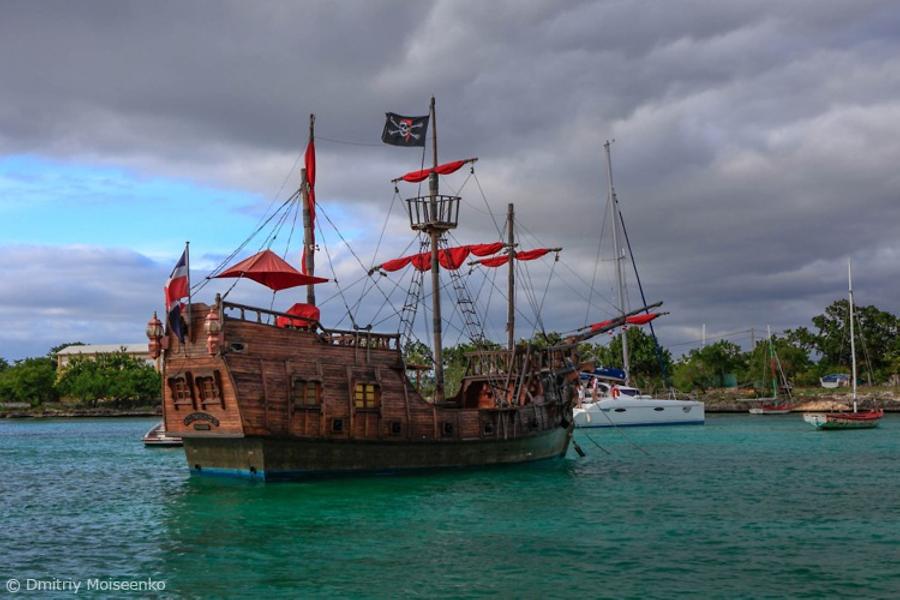 While their neighbor country is still being torn by wars, riots, civil unrest, hunger, disease outbreaks and natural disasters, the Dominican Republic may be described as "heaven on earth".

Millions of tourists cannot be wrong about that. Just look at the weather in the Dominican Republic! The eternal summer here is very comfortable and mild. The island has several large resorts with almost ideal conditions for a relaxed vacation. By the way, speaking of the Caribbean hotels — the Dominican Republic has the record number of hotels. Thousands of tourists are coming here by large cruise ships. One of these ships can be found on our panorama. It is the Costa Atlantica, which belongs to the company that owns the well known Costa Concordia partially sank on the night of 13 January 2012 after hitting a reef off the Italian coast. 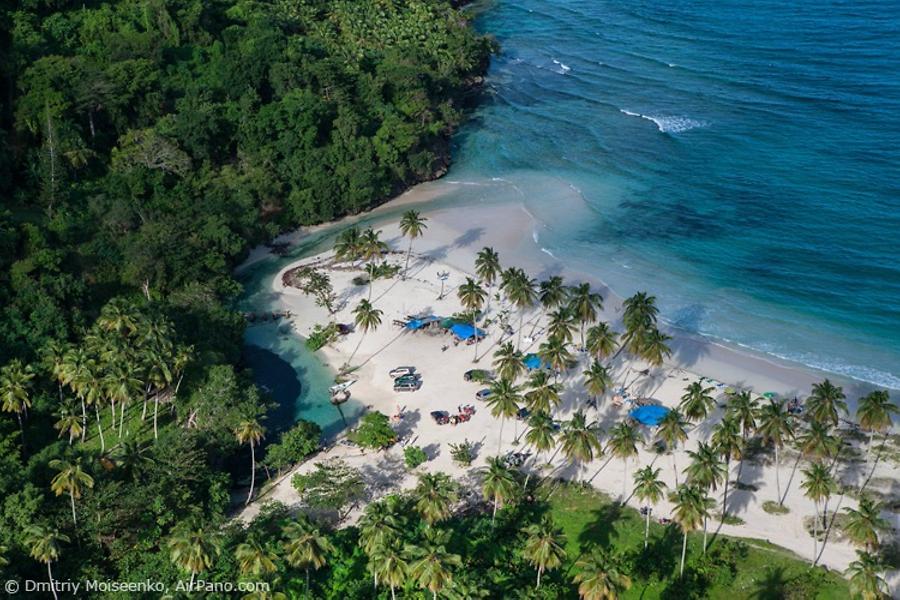 Coming back to our comparison of two neighboring countries: the photos of Haiti mostly show destroyed buildings and hungry children, while the typical photos from the Dominican Republic feature white-sand beaches, blue sea, incredible architecture, vivid colors of nature and always smiling local people. We invite you to enjoy this "heaven on earth".