Video by Alexey Tishchenko,
Photos by Oleg Gaponyuk,
Stitching by Konstantin Redko,
members of the AirPano Team that is a member of the global-geography Consortium.

About 500 km west of the Colombian mainland there is the island of Malpelo. It is extremely tiny: its territory is only 1.2 sq km but this island was inscribed by UNESCO as a World Heritage Site in 2006 together with its surrounding water area occupying 857,150 ha. Nowadays these waters are the largest protected area with the prohibition of fishing within the tropical area of the Pacific Ocean. 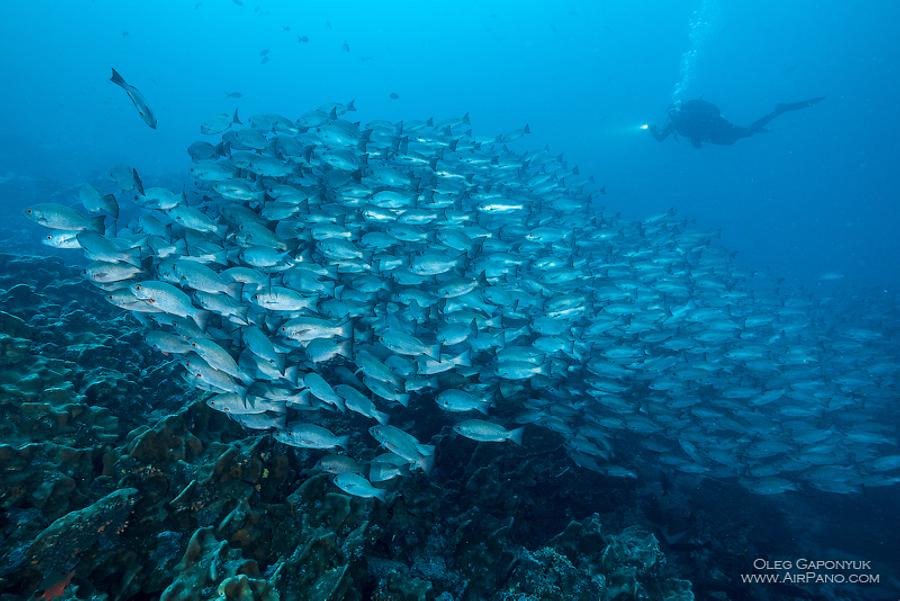 Malpelo is officially uninhabited, but it has a small military post manned by the Colombian Armed Forces. And it is also an attraction for a lot of tourists. To come here, a special written permit issued by the Ministry of Environment of Colombia is required, and this measure truly helps to minimize the harm caused by human activities.

The stretched island (0.7 km wide and 1.6 km long) is of the volcanic origin. Previously, Malpelo was bigger but because of the activity of sea currents, rains and winds, the coastline stood back and sea caves took its place. The highest point of the island is the rock rising at 376 meters. 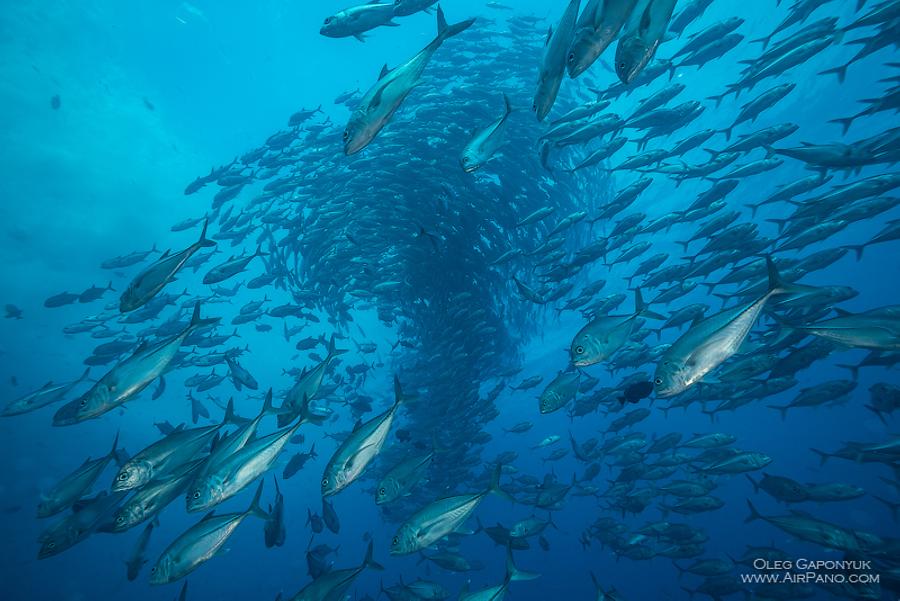 The vegetation of Malpelo is scarce — only moss, lichen and fern. So, the island attracts divers, in the first place. You will be able to see several species of sharks among colourful corals: whale sharks, silky sharks, sand sharks, frilled sharks and hammerhead sharks. Sometimes their groups count up to 500 animals!

The waters of Malpelo are incredibly rich with fish: 394 species. There are the representatives of the species of Muraena, Epinephelus, Caranx, Lutjanus, Marlin, Sailfish, the Scombridae family and many others among them, and they gather in huge flocks. In addition, the fauna of Malpelo is represented by 17 species of marine mammals (including humpback and blue whales), 5 species of land and 7 marine reptiles, 61 species of birds and 340 species of molluscs. 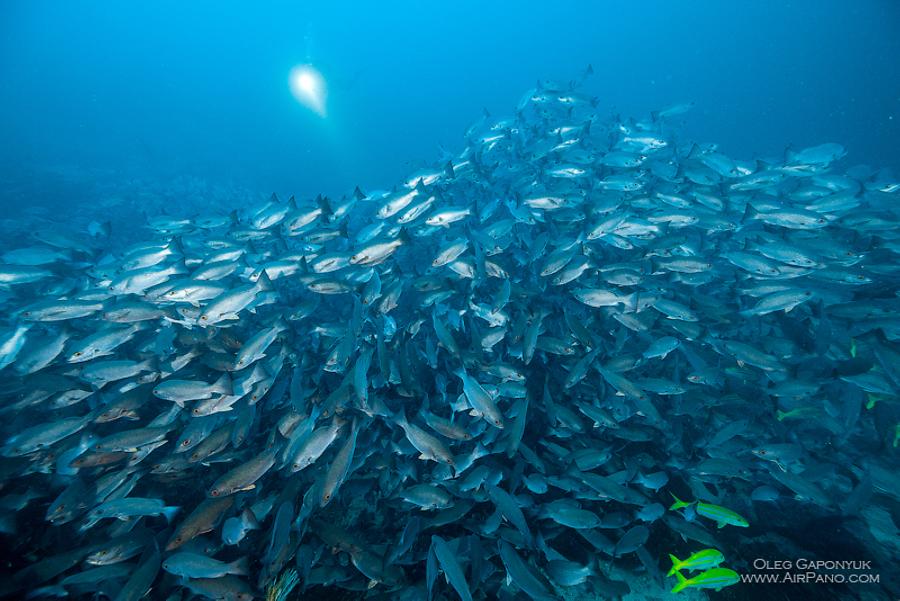 It is not easy to travel to Malpelo on your own, but you can "dive" among amazing and rare inhabitants of the Pacific Ocean with the help of a new 360° video created by AirPano.