The Spanish conquistador Pedro de Valdivia, who reached the coast of Chile in the middle of the 16th century, founded the city which was named in the honour of Saint James (Sanctu Iacobu), the patron saint of pilgrims. It was decided to locate the city at the foot of the Andes, about 100 kilometers away from the Pacific coast at an elevation of around 540 meters above sea level. 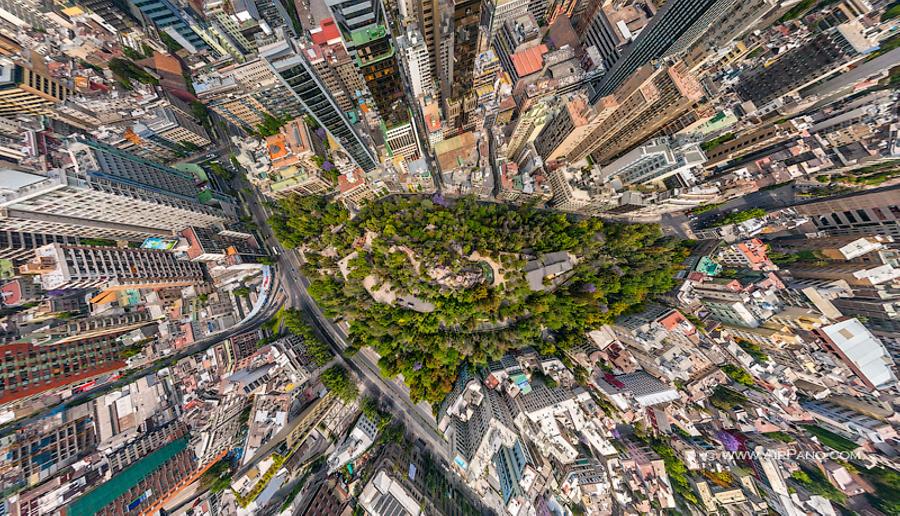 Above the Cerro Santa Lucia

The creation of the city was entrusted to the architect Pedro de Gamboa, who preferred the grid layout of the city. The grid plan of the city is a type of an urban plan in which streets run at right angles to each other, forming a grid.

Having survived military actions, earthquakes, constantly losing and gaining the heritage again, in the end of the 19th century the strong development of the city began: the reason for that was extreme growth of the mining industry, which also initiated the creation of numerous castles and a railroad. But further damage was inflicted by the 1973 Chilean coup d'état, when rebels were fighting against the supporters of Salvador Allende; in February 2010 a strong earthquake hit the city. But still, Santiago has remained the capital of Chile, its main economic and cultural center of the country. 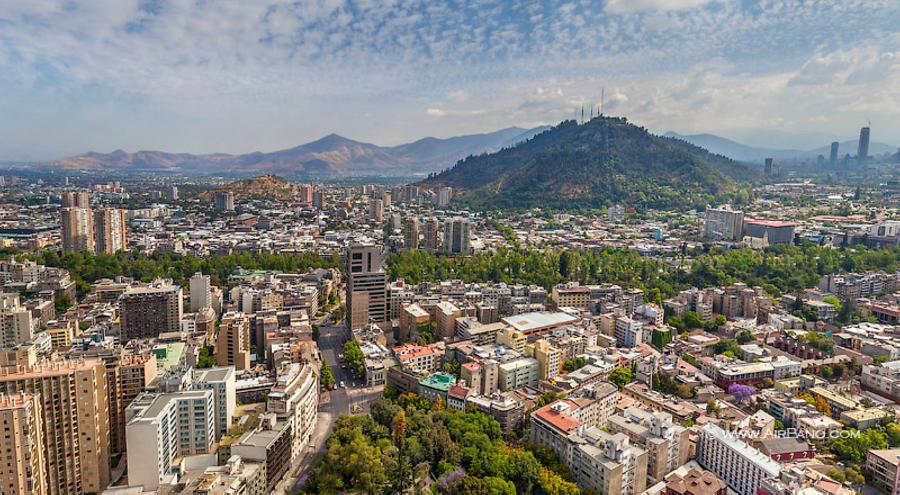 The city of Santiago has preserved many historical landmarks. The Plaza de Armas is the main square located in center of the city: it is surrounded by palaces and temples, all built at the colonial period and representing baroque architecture. The Virgin Mary Statue, standing on the San Cristobal Hill which is accessible by a cable car, "guards" the city from above.

In addition to the historical heritage, Santiago is famous for its parks. The largest one is the Santiago Metropolitan Park, which covers around 780 hectares. The Park of the Kings was opened in honour of the 500th anniversary of the discovery of America; the Jardín Botánico can introduce more than 70 species of trees; the Araucano park, which was founded in the 17th century, is now the place for festivals, theatrical plays and many other events. 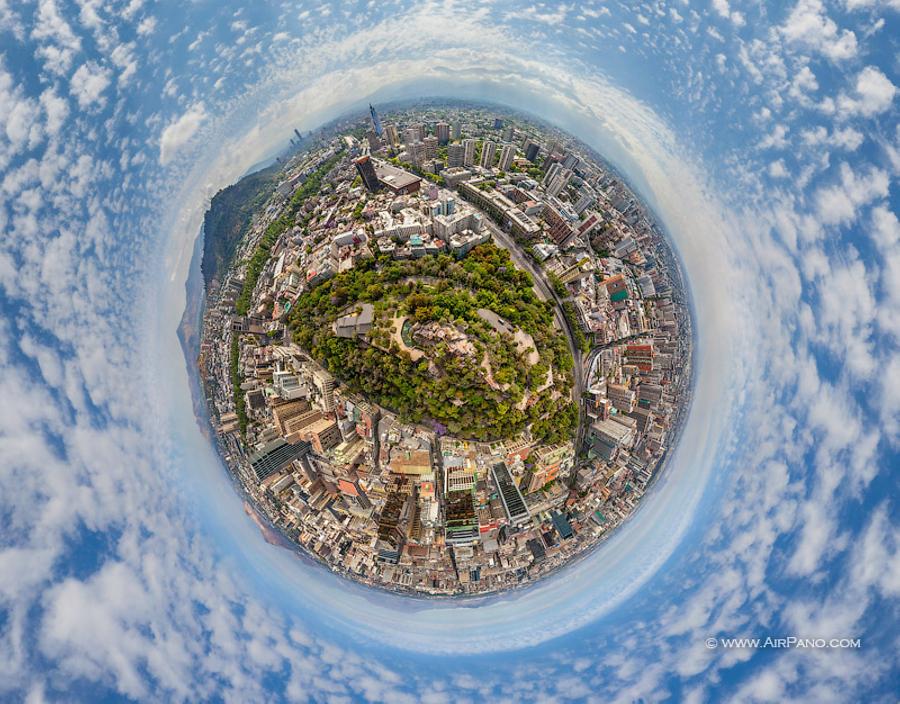 Above the Cerro Santa Lucia

One more significant landmark of Santiago is the Santa Lucía Hill: it is the remnant of a volcano dated 15 million years old. And this is the place where Pedro de Valdivia founded the city in 1541.

The building of the fortress began in 1816. The whole was complex composed of fortified constructions, areas for accommodation of the garrison and a weapon storage. It also a cemetery. In 1872 the fortress was modified for peaceful purposes: good roads which allowed to visit it were created, fountains and other decorating elements appeared in the park. 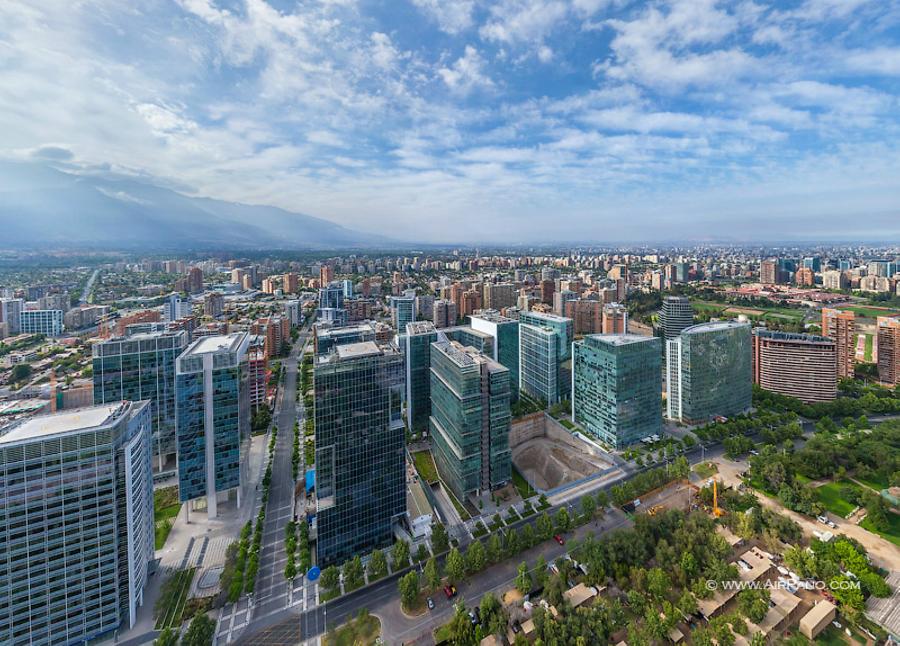 One of the most interesting monuments of Santa Lucía Hill is the stone carved with a paragraph extracted from the text that Pedro de Valdivia sent to the Emperor Carlos V describing the features of the new conquered lands. And you can become better acquainted with this corner of the Earth with the help of the AirPano panoramas.