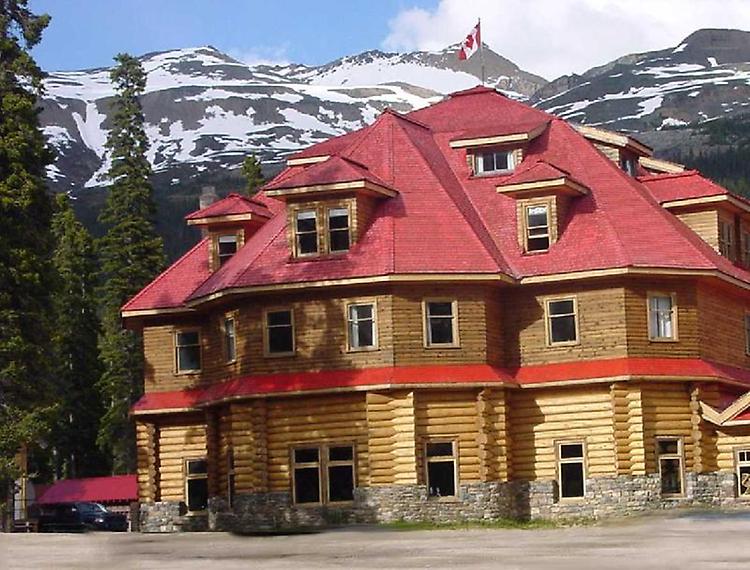 The lodge is named after the Stoney Plain word for pine marten and was built by Jimmy Simpson who came to Canada around 1900 and became a very successful outfitter and guide. Num-Ti-Jah Lodge had six guest rooms in 1940. By 1950, a beautiful log and stone hotel with 16 rooms stood on the shores of Bow Lake.

In the fifties and sixties, Jimmy Simpson's reputation attracted tourists keen to hear his stories. While Jimmy became a living legend, his son took charge of the Num-Ti-Jah operation. Jimmy jr. has his own mountain stories from an outfitting career that spanned thirty-five years ending in 1974, two years after his father died. Num-Ti-Jah Lodge hasn't changed much since it was completed in 1950.

This Icefield Parkway from the Lake Louise junction of the Transcanada Highway to Jasper has spectacular scenery. You can see more than 100 glaciers, waterfalls cascading from cliffs and lakes in an outstandig setting... and much wildlife! Use one of the many hiking trails along the way: as soon as you have hiked for more than half an hour you will not meet many people any more!