Approximately 12 million people live here. And these people own 6 million cars. Such concentration of people and machinery causes serious air-pollution: smog in the streets of São Paulo is a common thing. But it couldn't prevent us from making panoramas of this wonderful city.

The settlement of São Paulo was found by the group of Jesuit-missionaries in 1554. Actually, these were the first Jesuit missions on the lands of Brazil. So since then the city has grown, developed and changed. Comparing to Rio de Janeiro, São Paulo has no luck having extremely long beaches and magnificent nature. But this city has a very unique atmosphere; it is interesting for its local colour, urban quarters, mixture of styles and cultures. 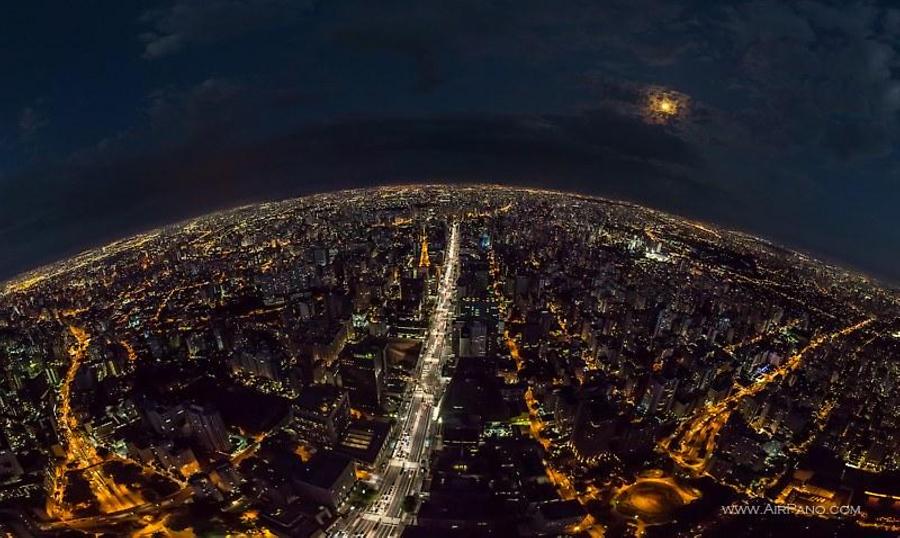 Here one can find tightly intertwined streets, where cars have barely enough space to squeeze through, respectable business quarters made of glass and concrete, slum areas called ‘favelas', ultra-modern industrial complexes which form half of the industrial potential of the country. There are also a lot of striking sights in São Paulo.

For example, one of them is The Octavio Frias de Oliveira bridge, opened in 2008 and considered to be a wonder of engineering. The bridge is 138 metres tall, the two curved towers form the X-shaped support, so it is the only bridge having this kind of support in the world. And being 290 meters long, The Octavio Frias de Oliveira bridge can be called the longest curved suspension bridge in the world. In 2008 the towers and cables were equipped with LEDs, which create different effects depending on the season and events in the city. 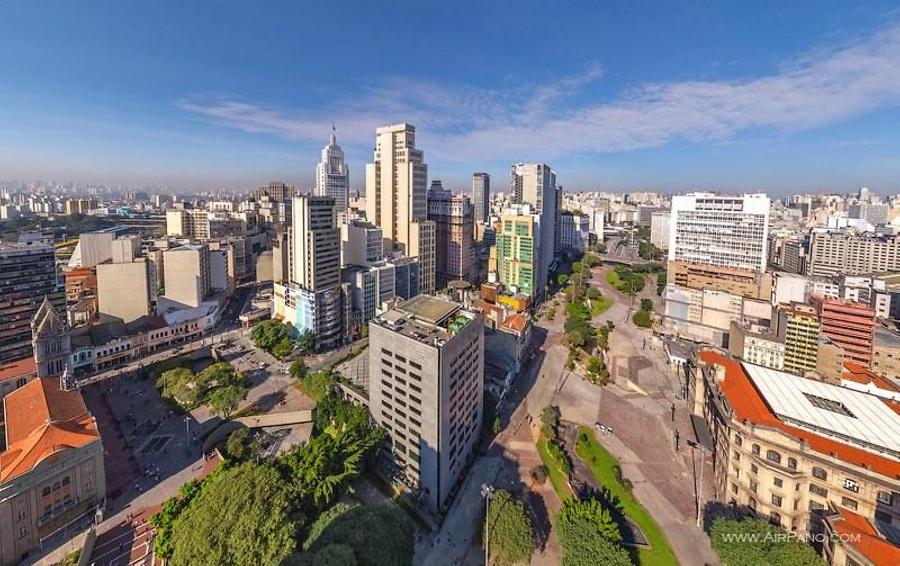 Ibirapuera Park - another remarkable place - was inaugurated for the 400th anniversary of the city: the most famous designers and architects had worked to create the buildings and the landscape of the park. Ibirapuera Park covers an area of almost 1,6 square kilometres: here one can find lakes with romantic bridges, twisting paths with benches, splendid fountains, picnic spots, as well as museums and stylish works of art. 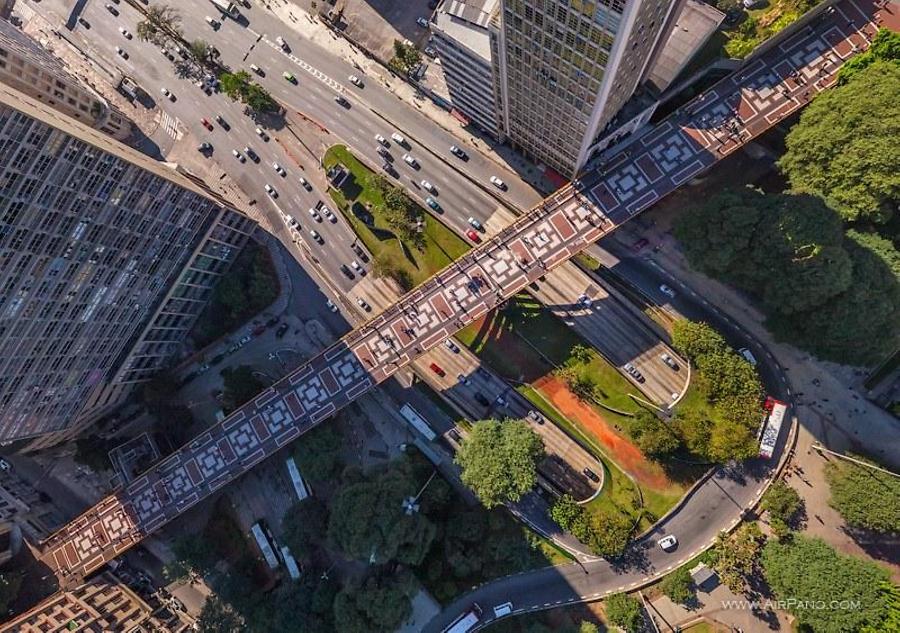 In the valley of The Anhangabaú River one can find the Mirante do Vale Building, which is a 170-metre office skyscraper built in 1960. It is the tallest building in São Paulo. And here is Paulista Avenue, the most important street in São Paulo: it is a business centre headquartering a large number of banks, offices, as well as being home to an extensive shopping area. The project was created by an engineer Eugenio Joaquim de Lima, who was focused on the most famous streets of Europe, such as Kurfürstendamm avenue in Berlin or Avenue des Champs-Élysées in Paris. But, actually, Paulista Avenue looks like The Wall Street in New York. 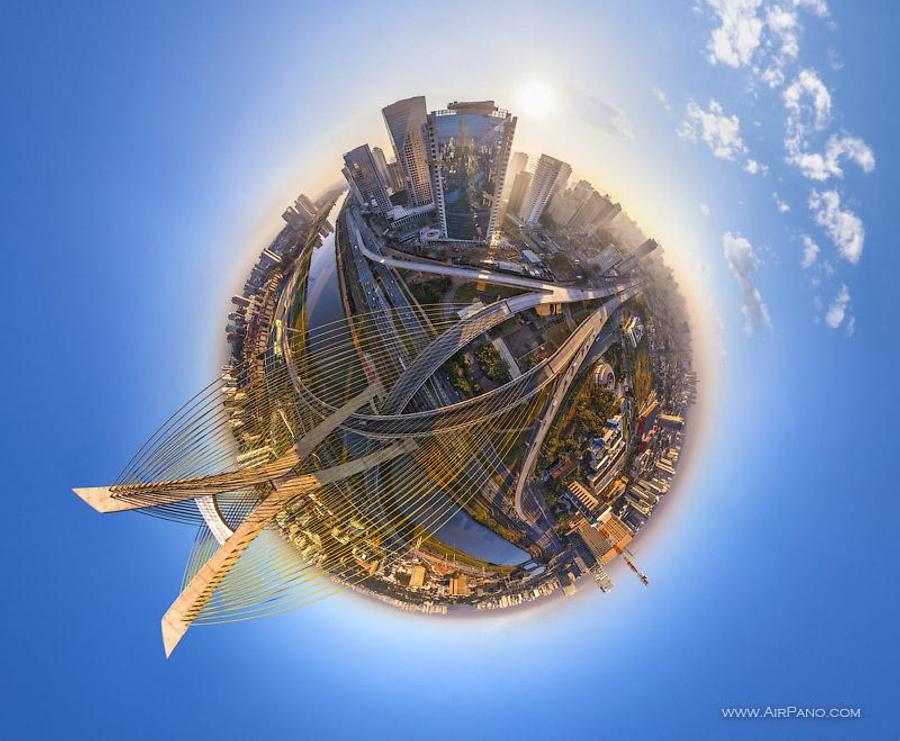 Paulista Avenue is a good landmark, it joins the modern district full of skyscrapers and the area of old quarters, where one still can find classical edifices. One of them is The São Paulo Cathedral. This solid temple is one of the largest Neo-Gothic cathedrals in the world. As well as Ibirapuera Park, the Cathedral was inaugurated for the 400th anniversary of São Paulo. The church is 111 metres long, 46 metres wide; it has a total capacity for 8,000 people. More than 800 tons of marble were used to complete the interior. The inner capitals are decorated with sculpted Brazilian produce as coffee branches, pineapples and native animals. The Cathedral is also famous for having one of the largest organs in Latin America: it has five keyboards, 329 stops, 120 registers, and 12,000 pipes.

São Paulo is one of the most multicultural cities in the world: it is a home for more than 100 ethnic groups. Each community has brought different elements to the appearance and traditions of the city. And perhaps, one of the most remarkable places of this kind is the Liberdade district - the largest Japanese community outside Japan in the world. 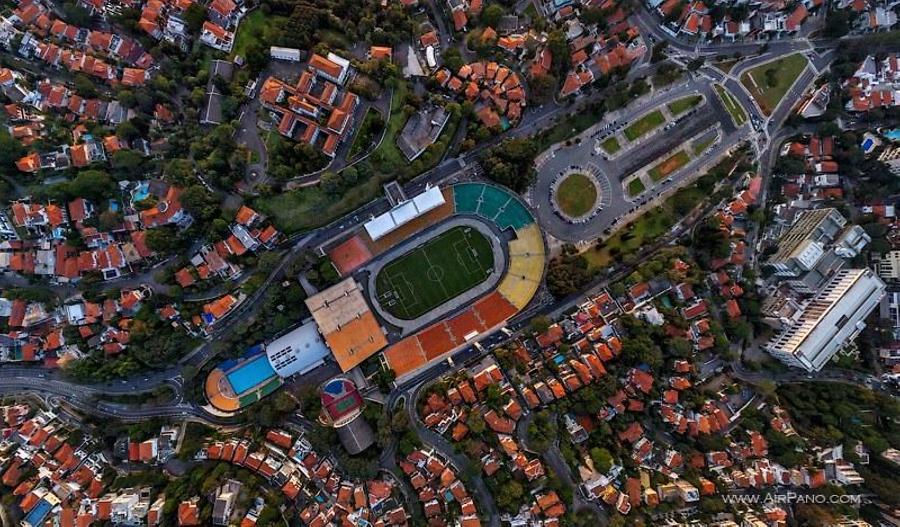 And one even more peculiar feature of São Paulo is the total absence of outdoor advertisement. The respective law was passed in 2006, so since then it has been observed strictly. There are no flickering screens, commercial banners and motley advertisements. We can enjoy the sights of São Paulo following the ideas of the designers and architects, so that nothing can divert our attention. We invite you to take a virtual trip!