The Marvelous City is an unofficial name of Rio de Janeiro, and it suits the city very well. With the total area of 1,260 square kilometers, the city of Rio de Janeiro lies on the western shore of Guanabara Bay, the Atlantic coast of Brazil. Valleys, hills, mountains, and beaches create a picturesque landscape.

Before 1960, the city of Rio de Janeiro was the capital of Brazil. However, the administrative functions were transferred to the city of Brasília, which was built in the middle of the country due to several reasons.( First of all, the capital must be hard to reach for intruders in times of war. Secondly, Rio de Janeiro has always been overpopulated with a high percentage of poor citizens that can easily create an uprising or revolution.

It's worth mentioning that the locals are one of the true attractions of Rio de Janeiro in the full sense of the word. Favelas, the poorest areas of the city, huddle on slopes of surrounding mountains. By nature, they are "states within a state" with their own set of "laws" and such high criminal levels that federal law enforcement barely tries to interfere. Despite that, favelas attract a lot of tourists in search of extreme and exotic experiences. However, there is a big chance to get in trouble, even with a must-have local guide. 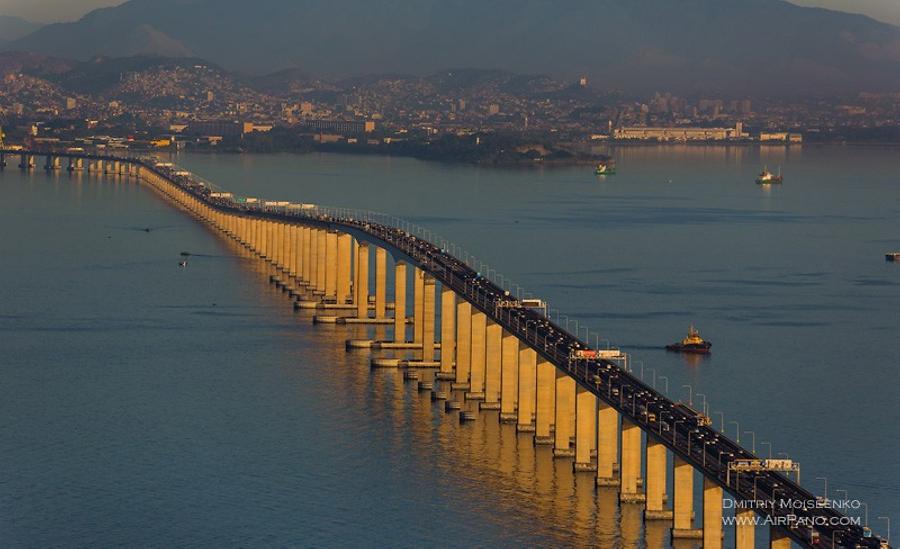 But, of course, there are more than just the favelas in Rio de Janeiro that make the city so attractive and interesting. There is a giant statue of Christ The Redeemer located on Mount Corcovado. It became a true symbol not only of Rio de Janeiro but also the entire Brazil. The statue is one of the most famous and popular monuments in the world. Nearly 2 million tourists visit Christ The Redeemer every year, and it was rightfully chosen as one of the Seven New Wonders of the World not that long ago. The statue is 38 meters high (including an 8-meter-tall pedestal), weighs 1,145 tons, with its arms stretched 30 meters wide. An electric train (first in Brazil) goes to the top of the mountain; one can also reach the statue of Christ The Redeemer by car. Once on the top, visitors take a 220-step-long winding staircase to the foot of the monument.

Every tourist snapshot of Rio de Janeiro also features the 396-meter-high mountain called "Sugar Loaf." Although its shape truly resembles a piece of sugar, another version of the name is a direct translation from aboriginal language meaning "Guardian of the bay." The mountain is located in the mouth of the bay, and famous beaches of Rio de Janeiro lie behind it protected, literally, as if they are behind a stonewall. 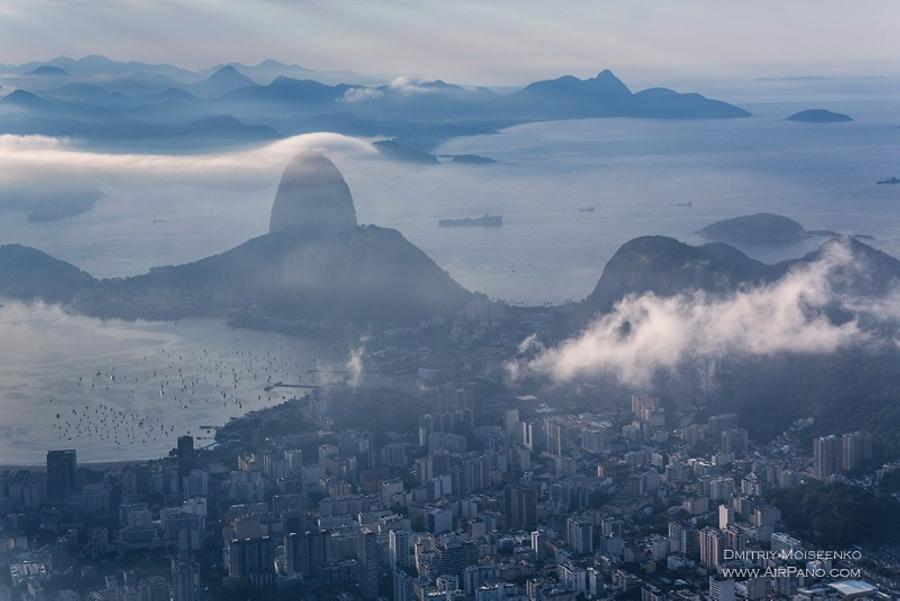 Rio de Janeiro also has the botanical garden, several forests and parks (including the biggest city forest in the world located on top of Mount Corcovado), the former Emperor's residence, and numerous colonial churches and monasteries. Record-setting locations include the Rio-Niteroi Bridge (officially known as President Costa e Silva Bridge), connecting distant shores of Guanabara Bay. This is the longest bridge in South America: 13,290 meters long with 8,836 meters above the water and a 72-meter-high passing point for ocean-size vessels. The Metropolitan Cathedral of Saint Sebastian (Catedral Metropolitana de São Sebastião) is one of the most interesting architectural landmarks of Rio de Janeiro. Built in 1979, it was designed in a modern style and resembles a Mayan pyramid. 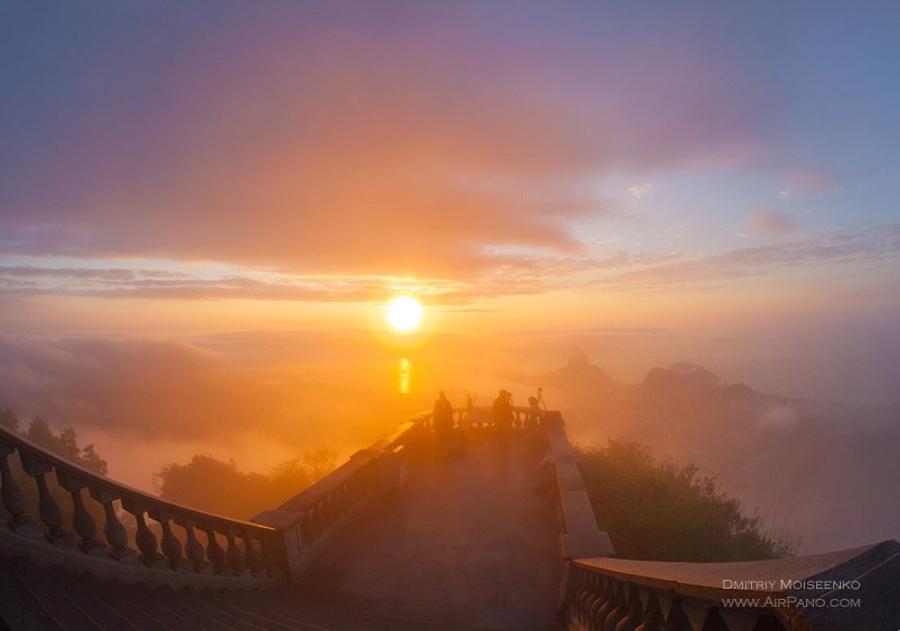 Today, Brazil attracts a lot of attention because of the 2014 FIFA World Cup, which starts on June 12. The best soccer teams from all continents will compete for the 2014 World Cup for the 20th time. The final game will take place at the famous Maracana Stadium in Rio de Janeiro on July 13th 2014.

Brazil will be the fifth country hosting the World Cup for the second time (after Mexico, Italy, France, and Germany). Before that, the FIFA World Cup was held in Brazil in the year 1950; and the last time FIFA World Cup visited South America was in 1978. 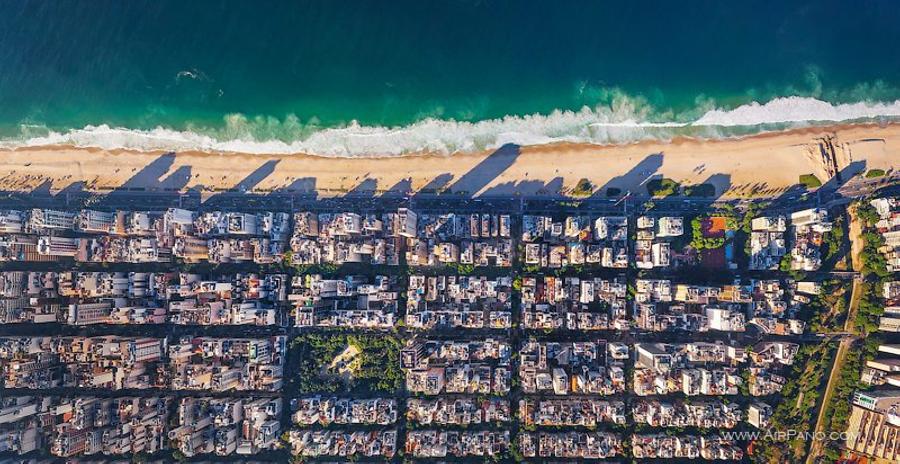 During the championship, Brazil expects over 3 million tourists that will, undoubtedly, visit the city of Rio de Janeiro to admire its beauty. 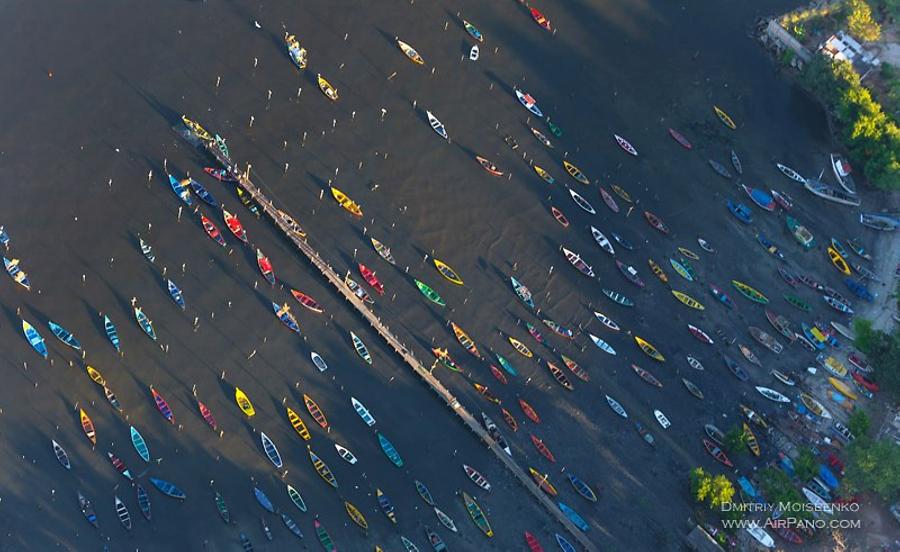 We invite those who don't plan to travel to Rio in June to view the attractions of Brazil's most famous city through our aerial panoramas.

Apart from the virtual tour you can see the gallery of photos of Rio de Janeiro for printing.